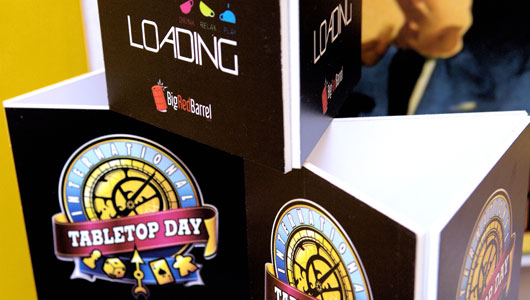 Last Tuesday marked the continuation of our regular Table Top Tuesday night at MADD/Loading in Soho, London. Having only arrived back from BRB FTL the night before, Tim and myself were a tad drained, luckily we’d brought back a special guest for the evening: the face of the internet himself, Jon Brady. 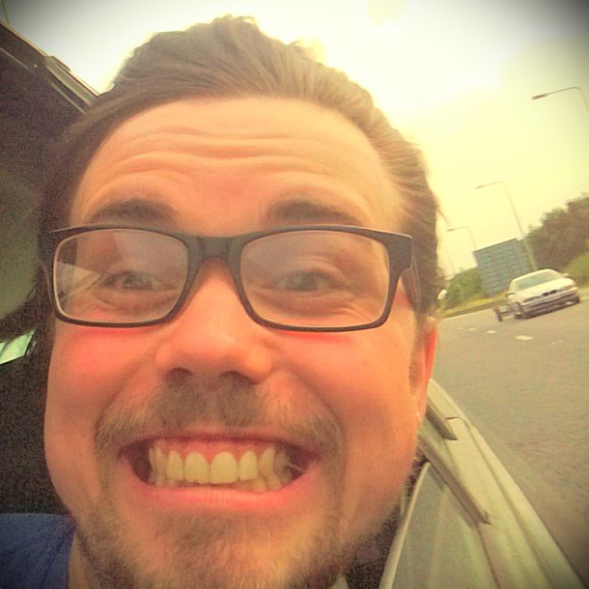 The evening culminated in an incredible Spaceteam tournament, with the winners receiving free shots and a bag of BRB themed fudge. The losers, in addition to ridicule and general embarrassment, were given some supposedly foul tasting shots (but as with every drink Jimmy serves up, they were still rather splendid).

Spaceteam is a game for both iOS and Android in which teams of four take control of a spacecraft and try to out run an explosion. Each player uses their own device upon which different levers, buttons and knobs are displayed along with a command that needs to be carried out. Here’s the kicker: the command can not be carried out by yourself but by whomever on your team has the corresponding control. For example I might be given the command of  ‘Sedate Passengers’ but the button to do that is actually on Jon’s device, meaning that for me to carry out my task I need to shout it out and hope that Jon completes it. Everyone on the team has their own commands to complete and no knowledge as to who can actually do them so the game soon devolves into a screaming mess. As you can imagine it’s fairly fun.

Friend of the site Andy managed to record (from left to right) Jon, Josh, myself, Alex and Kathryn as we hollered our way through a few rounds of the game. We love the pan to our logo at the end Andy, nice to see you’re as on brand as the rest of us are!

Thanks as always go to Jimmy of Loading and Jon of MADD for hosting us and for everyone who came down to play boardgames and participate in the Spaceteam competition. Table Top Tuesday is a weekly event and we hope to see as many of you as possible at Loading for the next one, when we’ll be desperately trying to wipe disease from the face of the planet in Pandemic.