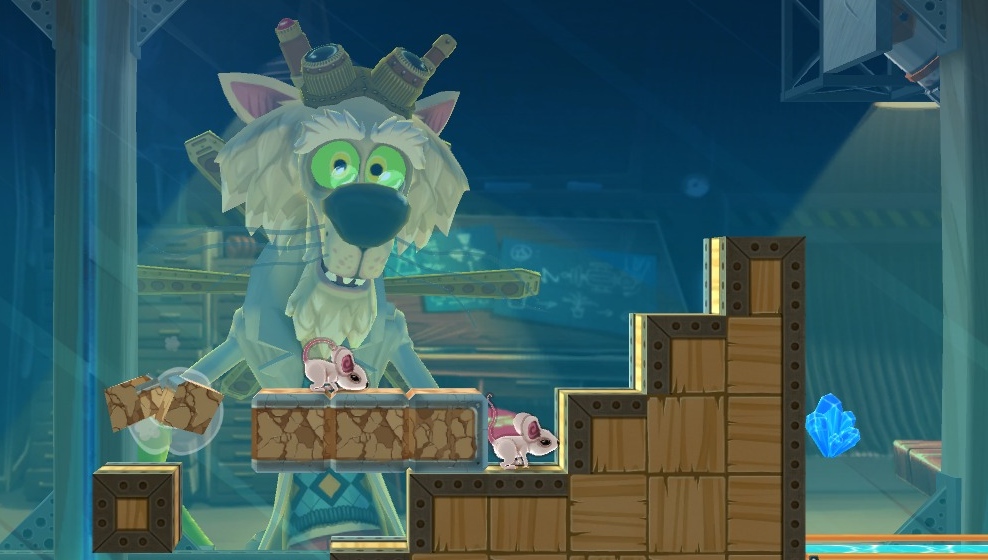 MouseCraft is one of those games that boldly wears its influences on its sleeve. The game’s website calls it a cross between Tetris and Lemmings – possibly because if it didn’t state it, I’d suspect devs Crunching Koalas of being in severe denial – and the title is a stone’s throw away from that of a certain other game with ‘Craft’ in its title. The main character of the game’s even a cat called Schrodinger.

Crunching Koalas have made absolutely no effort to hide their inspirations. In some respects, this does their uninspired, but pleasing puzzler some favours.

Schrodinger is a cat with a dilemma. His classical experiments involving mice, mazes and cheese are short on funding. Salvation is at hand in the form of the mysterious blue crystals his mice are gathering during each experiment, which he goes on to sell to a mysterious benefactor. That’s your storyline. Take it or leave it.

Imitation is the highest form of flattery, as we know, but it’s also a real stifler of creativity. The bulk of Mousecraft involves dropping Tetromino blocks along the route of each level. The mice are then let loose to traverse each stage and reach the cheese at the end, completely out of your direct control.

If the mice fall too far, they die. If they run into an evil robot mouse, they die. If you trap them in an unreachable part of the level, they’ll die. However, collect all the crystals and save all of the mice and you’ll achieve a perfect rating in the stage. Repeat fifty times. That’s MouseCraft in a nutshell. 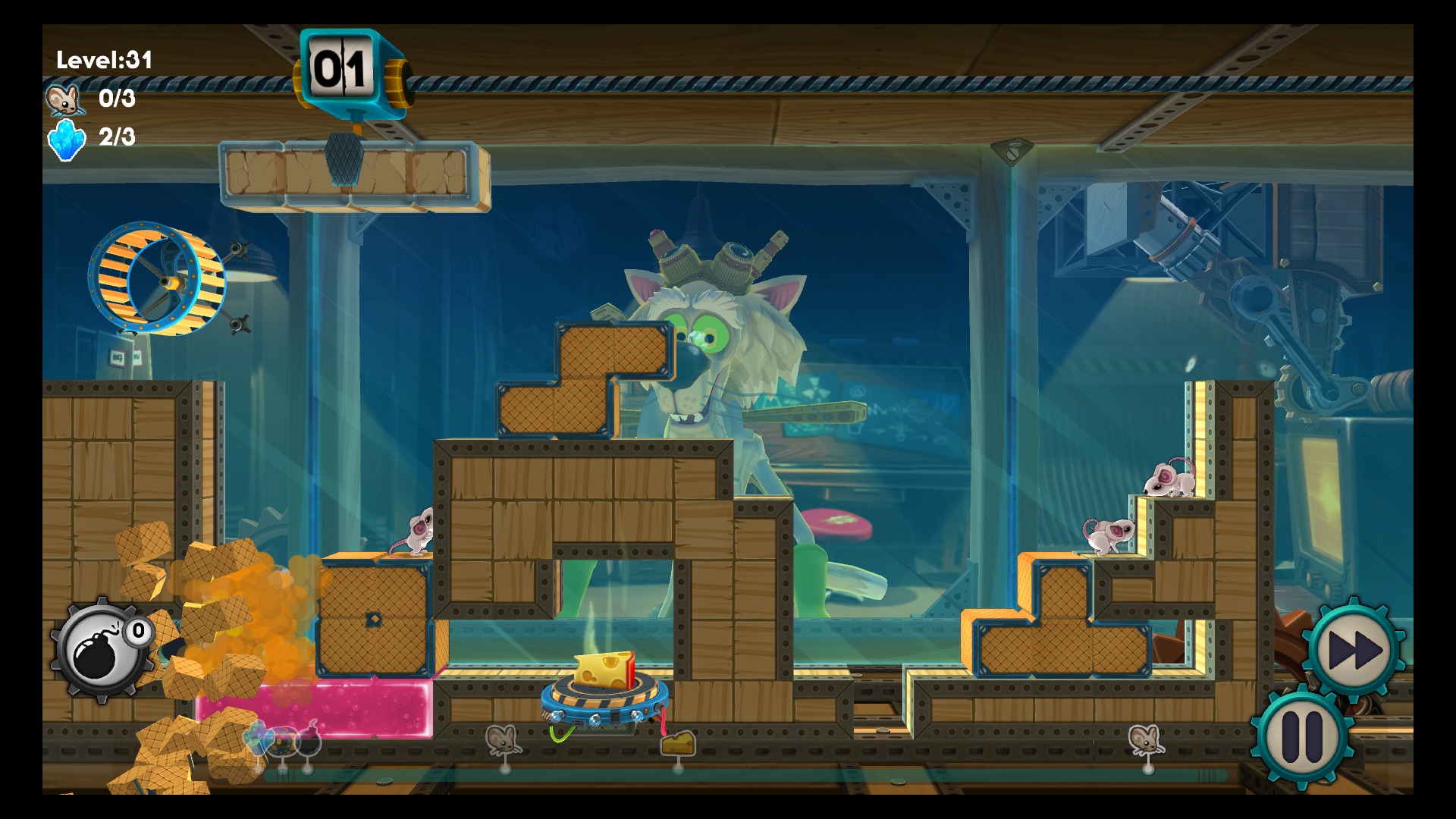 If you’re looking for visual inspiration across the levels, you’ll be disappointed.

As you grasp the basics a few new elements are dropped in to tease your brain a bit more. These range from ‘jelly’ blocks that save the mice at the bottom of a long fall to bombs that can clear blocks from the level. Later on crumbling blocks and water add further complexity.

As a whole, the puzzling is pretty pleasing. There’s enough complexity and occasional real-time manipulation to test your ability to think ahead. I’ll admit I even looked up a couple of solutions on YouTube; handy, as the game’s been in Early Access on Steam since last November.

At times MouseCraft is a really good, finicky puzzler. If that’s the sort of thing you’re after then look no further. However, by sticking to its roots with admittedly admirable dedication there’s little in the way of ingenuity on show here. It’s is pleasing, if uneventful, neither underwhelming nor particularly exciting.