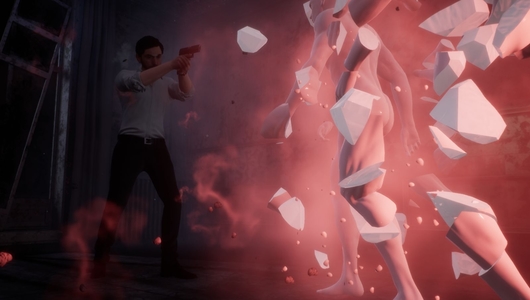 With a studio of less than 10 people, developers Phantom 8 Studio have created a nightmare of a game, both literally and figuratively. Past Cure is a middling adventure game with some pseudo-stealth and action elements that wants to be more than it is. In the vein of Alone in the Dark, Silent Hill and yes, even Max Payne and Alan Wake, Past Cure carries more tropes and disparate imagery than the PDST-fueled nightmare it claims to be and makes about as much sense.

Meet Ian. Finally, a character with a monosyllabic name I can get behind. Phantom 8 Studio are off to a good start. Ian has a love/hate relationship with locked doors. He likes to sleep in his work clothes. Ian likes to swear – a lot. But not angrily or explosively, more casually and in conversation to the player. F and S bombs abound.

Ian seemingly is an ex-soldier suffering from PDST who was experimented on by the government as a way to unlock powers and create super soldiers; except he escaped after waking up in England with no memory of how he got there and he may or may not actually have a real life brother talking to him in his head. Ian is a bit confused.

Sold at about ½ the price of a standard AAA title in Australia and created with the Unreal Engine, hopes were high for another, slightly trippy dark and brooding action adventure game not unlike the criminally underwhelming Quantum Break in 2016. To be fair, the game is polished to a point and for the number of people that worked on it some credit must be given for producing at least a semi coherent shooter and stealth game that is playable and to a degree, if you’re into this sort of thing- begs you to keep playing. 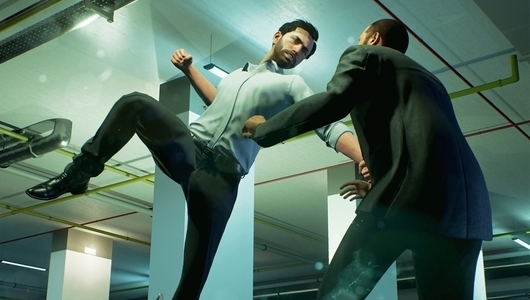 The real mystery though is what Phantom 8 Studio were thinking when they wrote the story. Each chapter varies from back-against-the-wall horror and head-shots in abandoned mental wards to mundanely walking around your pristine and well-rendered beach house that exists solely to keep you off the grid from the government. These are then interspersed with bizarre stark white and weird puzzle levels not unlike Portal or running through a stream of very samey and empty offices or parking garages shooting colour coded goons in the head in slow motion.

Ian also needs to take his blue pills. Blue pills will stop him going crazy and allow him to control his “powers” for a longer period of time. Just don’t take the red pills, purple, green or yellow pills, and never ever swallow the black pill.

Ian’s powers exist to help with puzzles, avoid enemies and in very specific circumstances go inside their head and memories (even if they are dead) and rape their minds, which may or may not make their heads explode. Was it mentioned that Ian doesn’t want to be a violent person? He can either slow down time like its 1999 or otherwise ‘project’ his mind out to scout round corners and take down cameras and security systems.

The developers have, at some point during their stream of consciousness that is Past Cure; confused horror and a mature rating with some very raw and straight up violent tendencies that doesn’t quite gel with the general boredom and stealth aspects of the rest of the game. 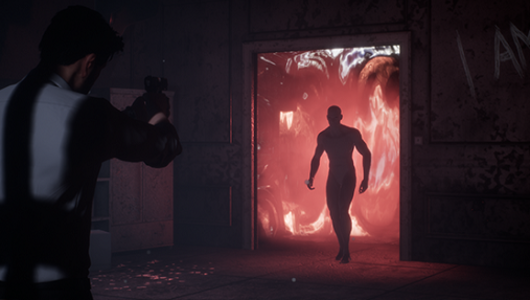 Ian, when not existing in the “real world” will be constantly pursued and antagonised by generic, faceless but none the less disturbing white statues that come to life and like to follow him around, stalk his waking nightmares and generally kill him. Watch out Ian! If one of those statues even come close to your relative position they will put you down and stamp on your face, popping it like a melon. Ian will die –a lot.

Thankfully, for a game with one-hit kills Phantom 8 is generous with the save points and employing as much bullet time mechanics as possible to allow for instant head-shots. Ian would much prefer to sneak up behind human enemies, slicing them up between the legs and throat like so much cut paper. Thankfully the creators are sure to tell players that Ian is an ex-soldier so his motives are justified and as the plot unravels, as does his mind the player will devolve back into some of the better looking areas of the game.

Again, Past Cure is middling. The cut scenes are well rendered and smooth and belie a lower quality not seen the in the trailers. It’s obvious the Phantom 8 have done what they can with the engine, but the levels are so varied in quality it comes off as simply trying to do too much. The most interesting and detailed levels are also the darkest, both literally and tonally as you progress through a series of abandoned buildings, hospitals, locked doors, cages and dead ends.

If you have a torch, then the shadows cast add to the sense of atmosphere until you realise that any threat is moot and the level is empty devoid of any danger except some vapid sound effects and rattling door knobs. 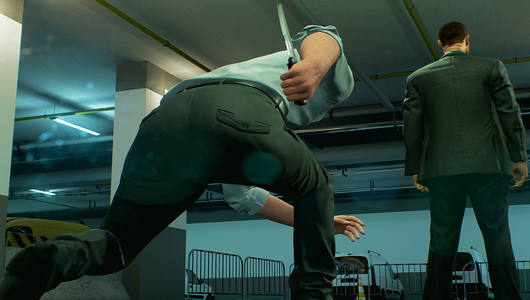 In contrast the overtly modern and ‘real world’ levels are set in boring corporate offices with repeated object placement and cubicles, long empty corridors and the same licensed classical music fading in and out. As an indication that Phantom 8 are still learning how to make video games, all enemies spawn inside empty rooms attached to the outside of the level, burst through doors and proceed to run straight at the player. Unless they don’t and then they follow a scripted path around the level that you can follow without them seeing you.

The AI in Past Cure is about as wooden as the voice acting and if discerning players were hoping the game would be more action heavy then it would be best to assume the worst and treat the game more like a straight adventure game with action elements. That said, if you were expecting some deep puzzle and strategy or even some new puzzle mechanics with Ian’s powers then no, this is also not the game for you.

The hype was high for a new, relatively untested studio to bring something new and fresh to what is an ageing genre of ideas for video games set in the psyche of a damaged player character. Progressively Quantum Break succeeded with their live action footage and polished graphics as did Resident Evil 7 but Past Cure is stuck firmly in the past with a project that looks like it was conceived straight out of university.

Ian carries the story almost exclusively with a 4th wall –breaking narrative but his dulcet Germanic lilt never strays above a calmness that would put any interested player to sleep, even when he is swearing.

The best thing to say about Past Cure, apart from the name Ian is that although a mixed bag of disparate parts, it is wholly playable with no bugs encountered and despite the sheer frustration of the AI, stealth areas and dying, over and over the sheer need to reach the end and see how it all unfolds is enough to pull you through 5-6 hrs of gameplay 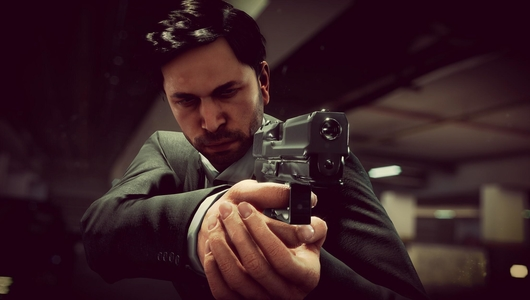 For a studio of 8 people, there is a complete game here
Game is linear, easy  and teaches you mechanics as it progresses
There is potential for a deeper psychological story
Screenshots and trailers make it look better than it is
Developers cut many corners due to budget
Generally boring, quiet and badly voice acted

Ian is disappointed in Past Cure. Sold on some flashy cut scenes and slick trailers, the game is a bitter pill to swallow. Ian wishes the game was more than it was, that never rises to reach its full potential. Ian hopes that the reviews and lower sales outside of Europe do not deter Phantom 8 Studio from making another game. Ian does not recommend the game.