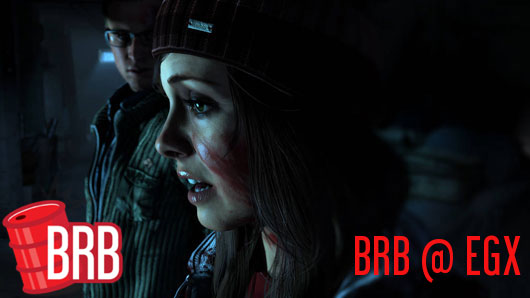 Sometimes it can be difficult to escape your past. Trapped by the decisions you have made, into a defined set of circumstances that you can not run away from. Until Dawn sees eight friends trapped in a hostile mysterious mountain cabin location desperate to escape their bloody fate. The development of Until Dawn has also had a troubled history and armed with that knowledge it can be difficult to turn your back on the potential problems that this may throw up. It may have been a brave decision to back away from producing a PS3 motion controlled game but only time will tell if Until Dawn will be PS4’s latest killer app or if should just have been murdered in its sleep.

The playable demo on the show floor of EGX drops you right into the middle of the bloody, horror story of Until Dawn. A TV style “Last time on Until Dawn” recap montage overtly showcases some of the main story beats that have lead us to this point and also highlights the slightly campy, hammed-up presentation of a very 1990’s style teen-horror movie. There is a definite, I Know What You Did Last Summer or Scream vibe, but influences from more recent movies such as Saw or Cabin In The Woods are readily apparent.

You are dropped into the role of Ashley as she and her companion Chris search the mysteriously unearthed underground of the creepy cabin-in-the-woods style abandoned hotel. It is not entirely clear how Ashley and Chris arrived here, but both looked battered and bloodied by previous events and are worriedly looking for their friend, Sam. Sam was seen in the catch-up montage, wearing nothing but a towel, panicked by, and running away from, a mysterious figure the group refer to as “The Psycho”. Clues are also given throughout that something happened in this location last year, with a friend named Josh apparently murdered or killed in suspicious circumstances. 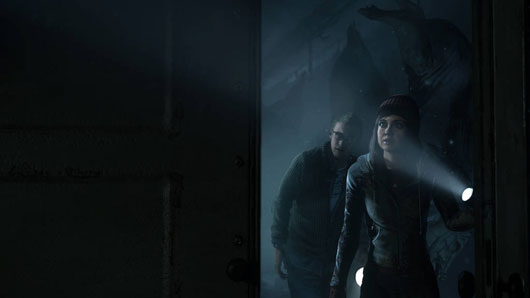 Ashley and Chris are noticeably distressed by the time we catch up with them and hesitant to continue, but do so out of concern for the safety of their missing friend. The developers have said that as you take control of one of the eight friends throughout the story, conversations and actions of characters will be based on the knowledge and experience of the events that preceded it and there appears to be many branching paths of the story depending on the decisions you make along the way. Accentuated by the inclusion of a butterfly symbol as the game’s saving notification icon, how far ranging this butterfly effect is remains to be seen.

Having played one way and observed other playthroughs where different choices were made, it is not easy to see exactly how much meaningful difference these decisions will make overall. There was one point where you could choose to follow Chris through a heavy steel door or go your own way to investigate a shadowy figure’s movement. I took the sensible “don’t split up” decision, but doing the opposite just gives you a few seconds of panic as the Psycho catches up with you, without finding Ashley’s huddled hiding position. There was also a pair of scissors I found while exploring the environment – while being attacked by the Psycho later in the level, I plunged the scissors into his shoulder and was punched in the face for my troubles. Having discussed this with other players of the demo, it seems as though it was entirely possible to not pick this item up and so this section does not occur in the cutscenes. I hope that decisions made in game will have greater affects than just varying the cutscenes that play out. 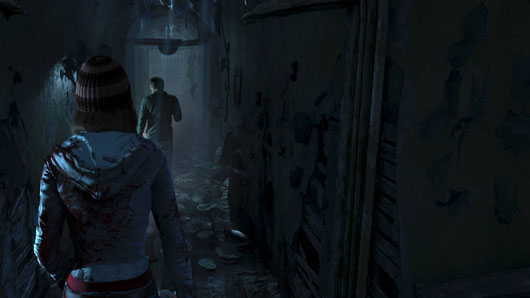 According to the developers it will be entirely possible for characters to eventually distrust or betray you, should events or your choices push them away from you. I am hopeful that these decisions will make a cumlative difference rather than just doing a good job of disguising which choices are important or not – a criticism that I made of Heavy Rain. With similar thematic elements and the possibility of multiple playable characters dying throughout the story, comparison with David Cage’s Heavy Rain are inevitable. I was a fan of Quantic Dream’s digital choose-your-own-adventure style and enjoyed the detective noir setting. While Until Dawn has a different feel with its 90’s teen-horror movie, I certainly think there is some crossover appeal between the two approaches of gameplay. If you were not a fan of Heavy Rain, I am not sure that you will like Until Dawn. Yet with the themes so drastically different there is no guarantee that fans of Heavy Rain will be drawn to Until Dawn either. I am pulled in by the mystery of the story and intrigued to find out more. However, I am also keen to see choices made throughout the story have a striking immediate impact and/or long-term implications.

The end of the demo sees both Ashley and Chris in a very compromising position that appears to only have “bad” ways out. In a scene very reminiscent of set pieces from the Saw series,  Chris is given a choice between shooting himself or shooting Ashley. If Chris (i.e. the player) fails to decide then The Psycho threatens that both characters will be sawn in half by two rusty buzz saws descending from the ceiling. So one or both of the characters die at this point in the story. There may have been a way out for both, but I could not find one and have yet to hear of someone else doing so. 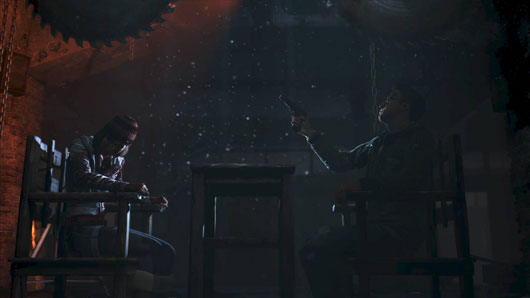 The story, particularly the mystery of the identity and motivation of The Psycho, is the main appeal of Until Dawn. The digital acting and dialogue is well fleshed out by the impressive cast that include TV actors such as Hayden Panettiere of Heroes fame. From the elements seen in the demo, it is graphically impressive (perhaps more so than screenshots do it justice) and the acting is of a high standard, is well captured and well presented.

The other elements that impressed me and pulled me into the world even more was the tactile nature of object interactivity. Presumably the preservation of some of the PS3 Move controls, rotating the pad in your hands is mimicked by movement of objects in the character’s hand in game. This does an effective job of increasing the immersion and also increasing opportunities for entertaining jump scares. It was hardly an original use of motion controls, but was more compelling than I would have thought. Likewise the thumbing through of books by flicking pages with a swipe of the PS4’s Touchpad felt apt and well implemented. I was a little concerned by the clunky nature of the player movement. Also, the movement of your torch is controlled by moving the PS4 controller – while this worked better than I had expected, it still felt like it could do with being smoothed out a little as it can feel like the torch’s beam of light was fixed into only being at certain angles instead of being free to be shone in any direction. Fortunately, according to a Sony representative on hand, these are two areas that have been and will continue to be worked on prior to release. 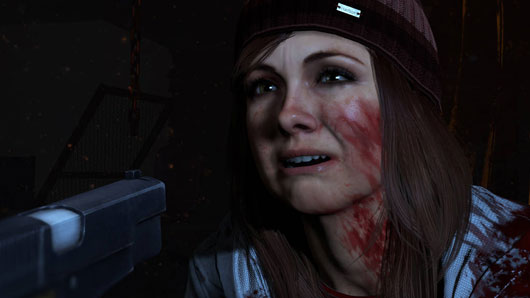 Overall there are some points for worthy concern but my curiosity has been aroused and now there is no turning back. What if Sam is in trouble and really needs our help? All we need to do is survive to the morning. I am looking forward to getting my hands around the neck of this one and choking the story out of it.

You stay here. It’ll be fine. I’ll be right back.