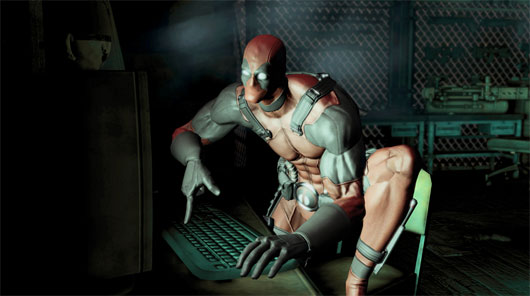 From the early impressions of my somewhat limited hands-on time with Deadpool (at the most recent MCM Expo in London last weekend) it does appear as though the game is shaping up in the way I had hoped. A good humoured third person action game that may not be perfect looking and falls short in a number of technical and mechanical areas, but seems to do a good job of capturing the quirky self referential humour that Deadpool is so well known for. 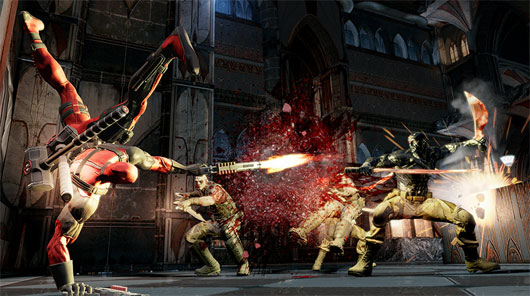 Combat is based on a mix of melee and shooting. Face buttons are used for light and heavy attacks, as well as to teleport – which if timed correctly can be used as a counter with a possible death dealing finishing move. Shooting is controlled via the triggers, with the left one taking aim and the right one doing the bang-bang. It does not feel as smooth as the Batman Arkham series or other well polished recent third person action games such as DmC, but the controls are more than functional enough to have fun with the combat. Other context sensitive elements such as stealth attacks can be used by sneaking up behind unsuspecting enemies.

The small platforming section of the demo seemed to indicate that the lack of polish may continue throughout these sections as well. The sparse stairwell was a little rough around the edges and jumping, double jumping and wall jumping all felt a little clunky and unrefined. There is a chance this demo was based on a slightly earlier version, but as this is the first time the public has had hands-on and as it is so close to release, I doubt too much will change before going gold.

So, it may come as some surprise that Deadpool still emerges as a recommendation, but what it lacks in combat mechanics or polish is more than made up for with mountains of the comedy that I came to this comic party looking for. No signs of the merc having his mouth sewn shut here! Even the explanation of buttons in the tutorial come drenched in sarcastic jokes and self-aware references. 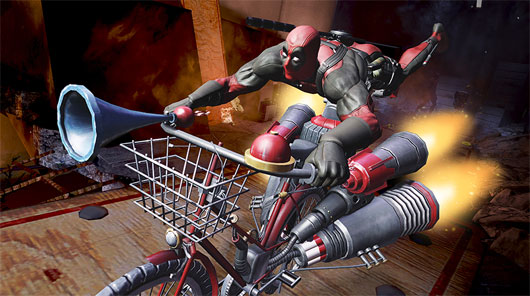 High Moon Studios have built a good reputation with gamers in recent years with a fan-pleasing conversion of another popular licence, namely the Transformers: War for/Fall Of Cybertron series. At first glance it may seem as though they are not devoting as many resources to making Deadpool look as good and it could appear as though they are not treating him in the same high regard, but it seems likely that Daniel Way’s scripting and Nolan North’s voice acting may yet be this game’s superhero saviour. While it may be difficult to tell for sure how well this will carry the game across the course of an 8-10 hour campaign, I certainly like what I have heard so far.

I may not think that “awesome” looks that awesome at the moment, but it certainly sounds the part.