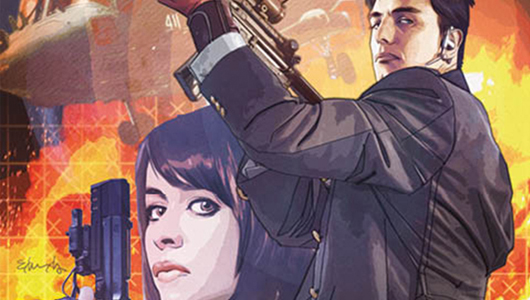 Torchwood is back because there is a world to save, aliens and monsters to fight. It must be Tuesday!

The Torchwood TV show, an off-shoot of Doctor Who, sadly finished after 4 seasons, but it has lived on through books, audiobooks and now comics, as Titan is introducing a series that directly follows the TV show. It stars Intergalactic Time Agent Captain Jack Harckness (played by John Barrowman in Torchwood TV show) and his partner in alien fighting Gwen Cooper (Eve Myles from the TV show). The story itself is written by John Barrowman and his sister Carole, and I’m really glad it is.

In fact, the tongue in cheek jokes and typical Torchwood-esque humour is why the series stands out. The Barrowmans know and love the show, and this is absolutely clear in the dialogue: just the right amount of cheese and cheek. The overall story, however, is another matter. This comic series cannot be your first point of entry to the Torchwood universe as it is most definitely for the fans of the show, who already know what’s what. The first issue speedily introduces characters and plots, without dwelling on them too long, which makes it easy to read but, on the other hand, it may take a few readings to sink in.
– 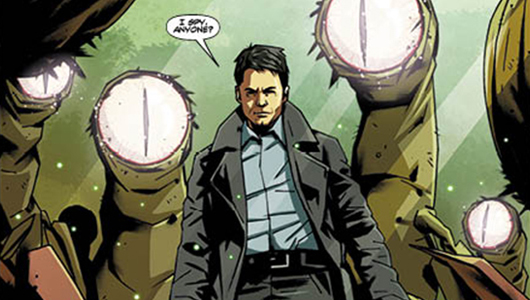 –
The story keeps jumping from Space to Cardiff, to the Highlands and then to the crew of the Ice Maiden, seemingly a new Torchwood base. Various story lines are being introduced but not connected as of yet, which adds to the aforementioned confusion. It is great shame because, although, I have little doubt that the story will pull itself together and fit in all the various pieces, right now the haste at which everything is done is also a repellent. It feels like a missed opportunity, especially for the first issue.
– 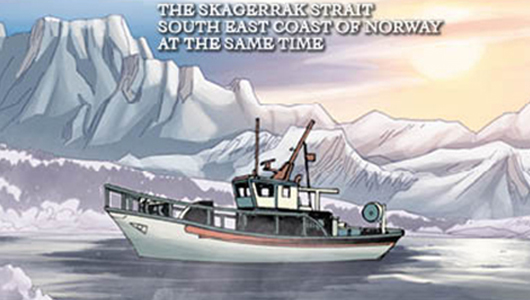 –
The artwork has a very pleasant slightly sketch-like style, with colours popping of the page and distinguishable backgrounds. It immediately captures the fantastic and humorous atmosphere of the show and transfers it onto the page. The characters are drawn in a way that makes them look slightly static, but that is a minor nit-pick and, for me, has not detracted from the enjoyment of the overall art on the page. Thanks to the Barrowmans’ snappy dialogue, the text is not obstructing the art too much either. There are also separate bios and explanations of a few main characters that help to grasp the story better. 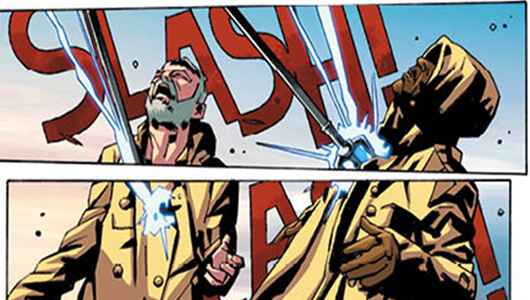 Torchwood is back!
Dialogue and art have a distinct Torchwood feel
Too many introductions, and too little connections between characters and plots…
…so the whole issue feels confusing
For Torchwood fans only

As a big fan of Torchwood, I’m really happy to see this series brought to life in the comic form. The fact that is written by John and Carole Barrowman, who understand Torchwood like no other, is just the a cherry on the top. I’m excited to see where the story goes. I also have faith that the story issues presented in this book will be resolved as the overall narrative comes together in the later issues. It is just a shame that some of the narrative flaws and unconnected plots will discourage readers from continuing with the series. It might be worth waiting until a few issues are out, so the arcs of the story are better formed and less confusing.