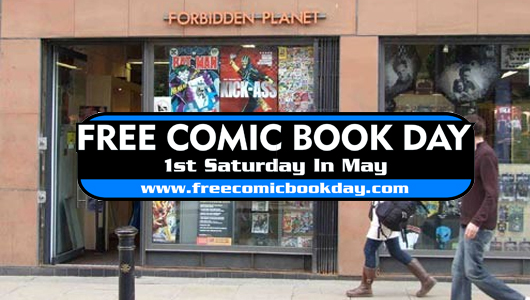 All good things, it is said, must come to an end. Coincidentally, since it is now mid to late June, so must our coverage of Free Comic Book Day 2016. Reuben and I have read and reviewed all sorts of things over these last few weeks from resurrected martial arts legends and stroppy felines to the more traditional superhero comics from the industry’s big boys. This year had a bumper crop of FCBD comics and we have only scratched the surface of what was on offer. And so here below are our last five FCBD reviews until next year.

Junior Braves Of The Apocalypse (Oni): 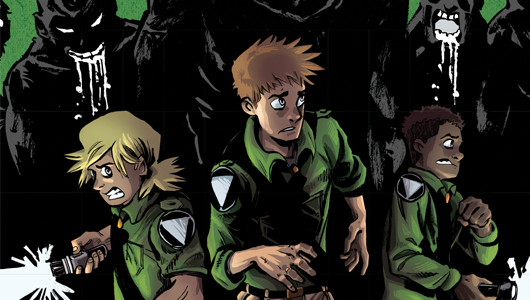 The Scouts of Tribe 65 return home from their summer trip ready to get back to normal life. Instead, however, they are confronted with a mutant apocalypse and they must rely on all their scouting survival skills to… Well to survive.

The FCBD edition of Junior Braves Of The Apocalypse is the first chapter of a new “Young Adult” graphic novel series. Described on the cover as “The Walking Dead for kids”, the story will follow Troop 65’s best efforts to stay alive while sharing real wilderness survival tips.

Reuben’s Verdict: Junior Braves is unquestionably a story for children, following a youthful crew of boy scouts as they try and survive a sudden an, as yet unexplained, zombie apocalypse. It is every kids fantasy about having to survive against impossible odds in a world without parents but there’s more than just a touch of The Walking Dead in there too, from the black and white art style to the way our Braves escape danger by the skin of their teeth. The characters are all established pretty comprehensively early on, and you get the sense that they will all find their own unique talents and skills in the face of cannibal mutant Armageddon. Definitely one for anyone who likes the great outdoors, friendship and, of course, zombies.
Richard’s Verdict: Instantly gripping, this is full of excitement, tension and whatever the comics equivalent of a jump-scare is. I am not really a horror fan but I can see why someone would pick this up. I cannot say the art style is to my taste but each character is drawn distinctly so that the reader can tell them apart immediately. Scary and dealing with surprisingly grown-up themes. Not recommended for young children! 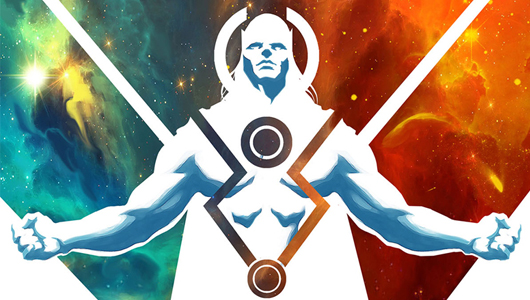 Grant Morrison, visionary writer behind some of the weirder pre-New 52 Batman stories, is establishing a new hero: Avatarex. Based in what seems to be Hindu mythology, Avatarex is born of technology, righteous purpose and a certainty of his ability to conquer the darkness.

Reuben’s Verdict:  I am a sucker for anything written by Grant Morrison, a man who could turn the phone book into a epic visual poem about weird neo-spiritualism. And in Avatarex he seems to be onto something new and familiar all at once; drawing from Indian mythology to create what seems to be a sci-fi take on mysticism. I confess to being entirely ignorant of the source material for Avatarex and, although I did find it a little confusing when concepts and characters are just thrown into the mix and moved on from without time for pause, the interpretation here makes me want to learn more. The issue is little more than a prologue but it’s intriguing mix of grand story telling and rarely utilised settings and themes make for a promising start.
Richard’s Verdict: We get only the slightest taster of who Avatarex is and who his unknown foe might be. The tone is deeply portentous but, without being familiar enough with Morrison’s work (and having not really enjoyed what I have read), there isn’t really enough here to make me care. If you like Grant Morrison though, this is probably going to be of interest. 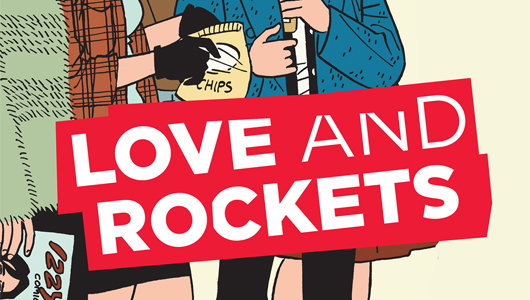 This issues is a very definitely a shift in tone from the other stories featured in FCBD, there are no alien gods or robot warriors here, instead Love and Rockets is a story of real, everyday people doing everyday things. Love And Rockets is long running series first published 1982. The comic exists in two halves each a separate story with their own casts and settings but existing in the same universe. The first half of the FCBD edition focuses on Maggie who is going through a profound existential crisis while none of the people around her are coping any better with life and the second on Fritz a B-movie actress and an unnamed man moaning to each other about life in general.

Reuben’s Verdict:  There is something very refreshing about Love and Rockets, from the simple art style to the mundane (but by no means boring) activities and daily lives of the characters. It is also nice to see characters drawn with proportions that human beings actually have, rather than spandex and muscles we are used to. Love and Rockets might not replace more traditional comics but it is not trying to and what it offers is not only a lovely change of pace but a reminder of what comics can be as a medium.
Richard’s Verdict: This is a sort of soap-opera of a comic with deeply flawed characters trying to cope with life. It is bleak and apparently plotless. I did not like any of the characters and can find nothing to commend this to anyone. 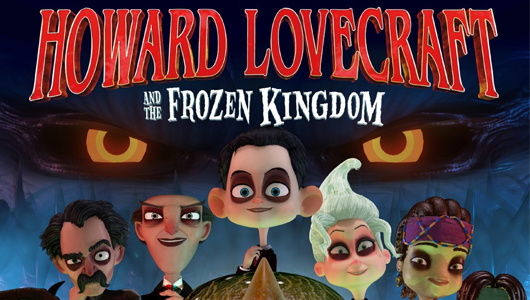 This is a very peculiar comic. The first half portrays renowned writer of unspeakable cosmic horror Howard Philip Lovecraft as a children’s animated movie character. Not only that but the young Lovecraft in Howard Lovecraft And The Frozen Kingdom has found a strange creature who he calls Spot but the audience will immediately recognise as the great old one himself. So Howard and his pet elder-god are about to begin a wacky adventure that begins with a forbidden cave.

Reuben’s Verdict: I like to think of myself as an intelligent, creative person but even I would question the choice to make Howard Lovecraft a beloved character and, despite the strange meshing of ideas and genres, they do not do a bad job of it. This comic knows precisely what it is supposed to be and does not waste anyone’s time pretending to be anything other than a family friendly interpretation of the Cthulhu mythos. And why not? the characters are charming enough and even Dracula has been taken as an adorable mascot for childhood numeracy in the past (One ah ah ahhhh). If you are of the preadolescence persuasion then you could go far worse than this.
Richard’s Verdict: On first reading it was hard to know what to say about Howard Lovecraft And The Frozen Kingdom. It is a labour of love, of that there is no doubt. But what is it? Is it children’s fiction? Is it horror? I am afraid I still do not know what to say. I think it is fair to say that I do not understand, and perhaps that is the most appropriate tribute to Howard. 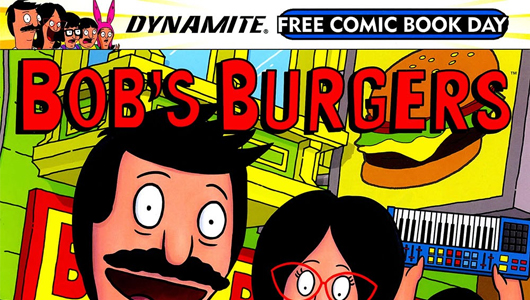 A spin off to the Fox animated sitcom, Bobs Burgers is a grab-bag of stories revolving around the TV show’s cast. Very much like it’s Fox stable-mate (and cultural juggernaut)The Simpsons, Bob’s Burgers’ comic is aimed at children. However there is a little more for the adult reader including a Magritte reference and a poem about a child who turns into a crooner on full moon.

Reuben’s Verdict: Bob’s burger’s occupies that same strange place that the Simpsons holds, namely the stories about a family which heavily feature the kids but that you might not actually show to children of the same age. The animated sitcom has found acclaim from all corners and this comic seems to be a attempt to bring the formula to the page. The stories in this issue are silly, strange and most of all they are very funny. To make my earlier comparison again, it reminds me very much of the old Simpsons comics and that is very much a good thing I assure you.
Richard’s Verdict: Without any familiarity with the original TV show, I have no investment in any of these characters but there is a certain amount of wit on display (and the word “butts” smuggled into one of the panels).

And that is… well, that is that. I hope you have enjoyed our sample of the comics available on Free Comic Book Day 2016. We have had a good time letting you know our thoughts. I cannot speak for Reuben, but I have found a new monthly comic to collect and that makes this year’s FCBD pretty awesome!