Tom Clancy’s The Division is an open world third person shooter, developed by Ubisoft. Following a major outbreak spread by banknotes on Black Friday, New York has been quarantined. Rioters have taken over the city, prison inmates are on the loose and various factions have pushed the Joint Task Force, the police, paramedics, firefighters and the army, on the back foot. With Manhattan all but lost and Brooklyn on the brink, the government orders the Strategic Homeland Division, otherwise known as “The Division”, to save what remains.

You’d might be forgiven for forgetting about The Division, a lot of people I know did. It was announced at E3 2013 with a trailer that instantly made you want to wash your hands afterwards, then a few game-play videos and then, nothing. That is until January 2016, when trailers and game-plays were suddenly everywhere. But still, even up to the release date, it was an easy game to miss.

The character, a sleeper agent for The Division has been activated as part of the second wave of agents dispatched the city after the first wave failed to save the city. The amount of options in the character customisation can be described as basic at best, 6 faces per gender with roughly 10 hairstyles each. Beards are more to do with length rather than style, such as clean shaven, stubble, long stubble and crazy mountain man. Other aspects like face pain or glasses are also included, but cannot be changed after the customisation screen (So beware if you pick the John Lennon looking glasses, they’re here to stay). Although clothing can be changed throughout the game, as clothing such as bobble hats and coats can be found throughout the open world. 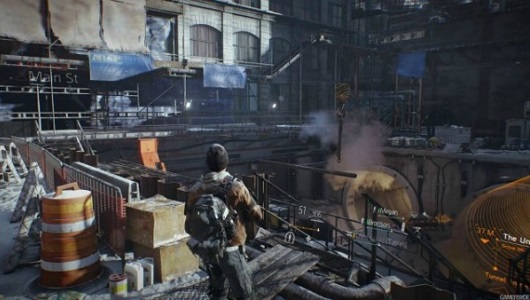 After a quick tutorial in Brooklyn, your character travels to Manhattan and is free to roam the open world. The Division does boast some pretty impressive RPG elements that are linked to its base building mechanics. There are three wings of your base to build up: Medical, Security & Tech. These all have corresponding missions and side missions to help upgrade these areas and each upgrade in tern allows new perks, gadgets and talents. Gadgets and Talents are selected by the player to affect their character, whereas perks are in the background and once unlocked, always stay with the character.

Visually, the game looks stunning, Ubisoft’s Snowdrop engine looks phenomenal and the way it lights and reacts to the combat around it. I’ve never been to New York but the depiction feels real, each district feels different, not just copy and pasted. The dynamic weather systems make the streets look beautiful throughout the day, but blizzards and fog add an extra layer of difficulty within a firefight when visibility drops to nearly zero. The audio design reflects this, everything sounds unique, but feels like it belongs there. The swell of music as the player complete a boss fight feels earned and sent a shiver down my spine the first times I heard it. Characters, however, don’t fare as well, they are animated well but visually they don’t look as believable as the world that surrounds them, they’ll also often repeat lines of dialogue when wandering throughout the city, occasionally straight after saying it the first time. 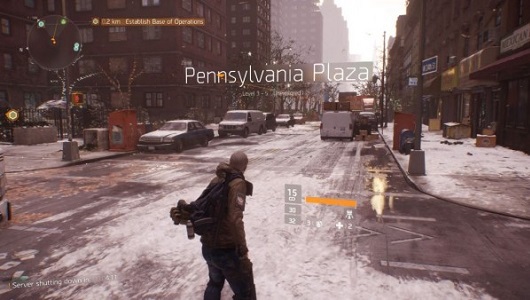 The shooting and cover mechanics in The Division are great. The way the character takes cover and moves between cover feels like it’s been taken right out of Splinter Cell: Blacklist, which isn’t a bad idea as it’s flawless. Its gun play works well too, with a wide variety of weapons with different stats. One issue I found was some of the guns within a class feel like re-skins of each other: for example, I found that two different assault rifles would have different fire rates, different levels of recoil but nearly all marksman and sniper rifles felt the same. This is more of a nit-pick as there are a huge variety of weapons and it is fairly simple to work out what weapon combinations work best in situations.

The enemy AI is pretty smart too, similar to Destiny, each of the factions have similar classes within them, such as a shotgun/melee class that tries to close distance to attack, or long range marksmen that attempt to pick you off from a distance, whereas the regular infantry try to use numbers to their advantage. The bosses however, are a different story, these named bosses always seemed to react in different ways to similar situations. One flamethrower boss became more aggressive, faster and tried to attack at close range after I destroyed a fuel tank on his side, but another of the same type of boss retreated and attempted to use the flamethrower as a long range mortar, after used a similar tactic or destroying the fuel tank. This constant thinking on your feet made boss encounters far more engaging and meant my first tactics often went wrong. 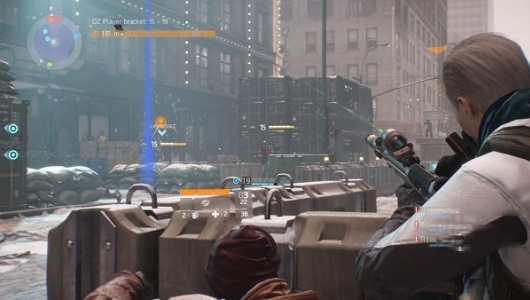 The matchmaking system in The Division is really strong as well, near enough every aspect of the game can be played co-op with friends or match made players. I found this incredibly helpful when facing the end game missions and my friends weren’t around to help. The only issue I had with this is that when joining another player, the loading screens can take up to a couple of minutes. This is because the game loads the entire map upon every new session, I also had this issue when logging into the game at the start of a session. Other problems that I found relating to this were occasional pop in of characters and objects, particularly when entering the base of operations.

One of my personal favourite features of game is the Dark Zone, this is an area of Manhattan where the infection hit worse, enemies are harder, players can turn on each other and but the rewards are so much better. This is The Division’s PvP zone, where players explore and collect loot but have to extract this loot by helicopter in order to keep it. My favourite moments in this game have come from these extraction points, where players all congregate to extract their items but are also incredibly suspicious of everyone else. Shooting at and killing non-hostile players constitutes as “Going Rogue” and the character shows up on everyone’s map, once a player has gone rogue, similar to Red Dead Redemption’s online bounty system, they can go up to 5 ranks – dependent on how many players they kill. 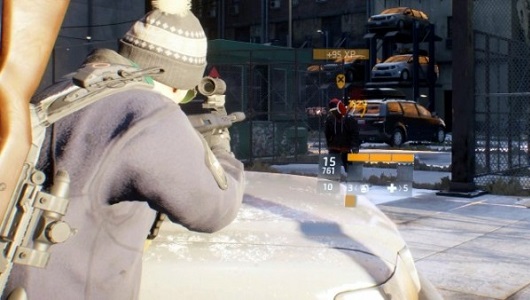 Surprisingly, not everyone goes rogue and not everyone kills everyone else, I’ve seen random players form squads to look out for each other, whilst extracting loot. This is implemented well and the Dark Zone match makes players based on their overall level rather than based on their Dark Zone rank, meaning that newer players aren’t constantly killed by higher levels.

The Division’s biggest concern in my opinion, is immersion, its opening shows a gripping montage of the Dollar Flu outbreak and the subsequent break down of society, it tells the tale of how the odds are against you and that you’ve been trained not to let emotion affect your decisions – then almost does a 180 on this as your fellow division agent almost immediately tells you she’s emotionally compromised and you need to find her sister. The Division’s immersion doesn’t ebb and flow, it peaks and drops. Similar to this are the JTF officers in the safe houses around New York, they are all different characters in their own right, but more like cartoon characters. There’s the arrogant actor who compares what you do to his career, an officer who absolutely worships everything you do like a stalker, or the allergy sufferer who literally can’t get out a sentence without sneezing. Characters like this pull the player out of the immersion of the game as you realise these people wouldn’t last 2 minutes in this situation, or at least the humour wouldn’t. It either takes itself too seriously, or not serious enough. I’m not saying either is correct, but the constant switching between the two is distracting.

Tom Clancy’s The Division is an ambitious game, and seems to be a product of Ubisoft learning from various mistakes and outcries from the past couple of years. Which, in my opinion they’ve done well. Its setting and atmosphere are gripping and visually it looks stunning. The controls handle well and the weapons feel varied and effective. It’s not a perfect game but it is a fun one that was worth the wait, either on your own or with other players. It’s an experience that can’t be missed.