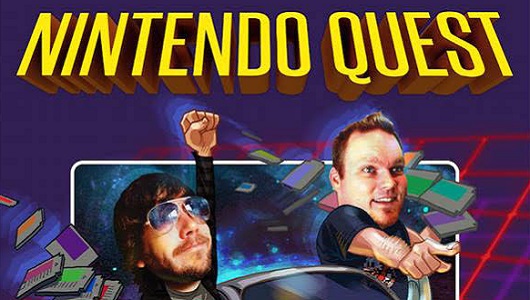 Way back in 2013, film maker Rob McCallum dared his best friend since childhood, Jay Bartlett to collect all 678 games released on the Nintendo Entertainment System. The rules were simple; the games must be official North American releases, he could not use the internet in anyway, he had to pay for his new collection (Jay already had an extensive NES collection, but for the sake of the challenge he had to start from scratch), and most importantly, he had to do it in 30 days.

The challenge began in May of that year alongside a successful Kickstarter campaign to help with production costs, and now, after two years and a name change, Nintendo Quest is finally here. But was it really the adventure of a life time?

It’s clear from the very beginning that Nintendo Quest was made with love, and was born not just from Jay’s genuine passion for gaming, but from his lifelong friendship with McCallum. Rob himself introduces the challenge, explaining the rules and his reasoning behind it.

There is a lot of emphasis on him and Jay’s friendship, along with video clips of close friends and family describing who Jay is and what he means to them. A stand out, if not a little awkward moment is when the two friends revisit their old treehouse where their original NES Club began. 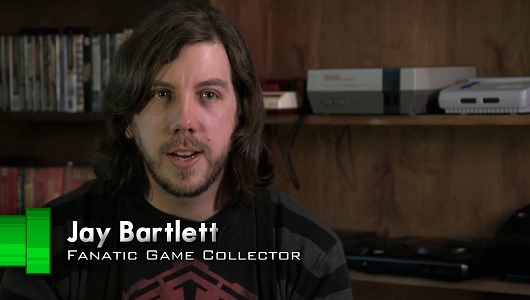 The main bulk of Nintendo Quest sees Jay and his party in various retro gaming stores in Canada and the U.S. These are pretty fascinating sections as we get to see inside various different stores and get a feel of which ones are there out of passion for the hobby, and which are there purely for a profit.

A fair few people seemed to want to help Jay in his quest and it was genuinely heart-warming at times. Shop owners would offer him titles so far below the sticker price, and give great deals whenever he bought in bulk. The interviews with these people made it clear that they were there because of their love of gaming, and they seemed to get real joy from interacting with and helping a fellow collector who shared their passion.

There was one collector they visited in particular by the name of Tod Curtis who brought a genuine smile to my face. His love for games was clear to see in not only the size and state of his collection, but more so his willingness to help Jay as much as he could, giving him amazing deals on cartridges, but even voluntarily parting with items in his own collection without so much as a second thought.

Of course, there is always the flip side to the coin. Several stores expensive to the point of extortion and had no interest when it came to striking up a deal, a couple even seemed to mark up the price when they saw Jay had a camera crew with him. 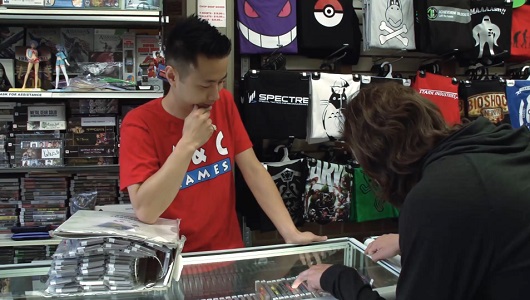 At one point they hear of another collector who heard Jay was coming to the store (the guys were documenting their quest in real time on social media) who decided to swoop in and have his pick of the shops new NES arrivals before Jay could get to them in what could only be described as a dick move.

The guy claims to have been collecting since he was around 9 or 10 years old, and justified screwing the Nintendo Quest crew over for a copy of the Jetsons, which he has never seen before. Mate, if it’s taken you 20-25 years to find one game you’re a bit of a crap collector – just saying.

Even though it was obviously played up a bit for the sake of drama, and they all seemed to be in good spirits about it afterward it genuinely annoyed me that someone would go out of their way to screw someone else over like that.

One of the biggest sagas involves a guy called Josh Jones who first comes into play offering to sell a copy of the super rare Stadium Events game over the phone. Ultimately he tries to muscle in on the documentary, telling the team how he wants to be involved but only on his terms and he seems completely unwilling to help Jay with games and deals unless he flies out to Florida. The whole debacle is infuriating, and I genuinely felt bad for Jay during those moments. 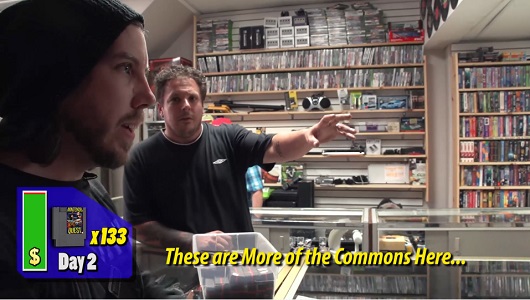 Jay raises an interesting point during this time though, in regards to how online auction sites have made it difficult, if not impossible for some collectors to obtain many games. The example used is Stadium Events, and the price that thing goes for on eBay has to be seen to be believed. To say it’s disgusting is an understatement.

The sheer amount of time wasters the guys encounter too is unreal. Watching jay trying to buy games he needed to tick off the list on his fancy score keeping app, only to have every enquiry met with “oh, that’s not for sale” was annoying to say the least, and gave the impression that a good percentage of the guys Jay encountered where their literally for chance to have their fifteen minutes.

The positive moments of Nintendo Quest far outweigh the negative though. Jay suffers with quite severe anxiety, and as an anxiety sufferer myself for close to 20 years it was fascinating to watch him grow over the 30 days, and even how his disorder had an effect on the quest itself at times. Some of the stories and scenarios feel a little forced for the sake of upping the tension, but there is no doubting his anguish is genuine, and I completely respect Jay for being able to open up as much as he does. 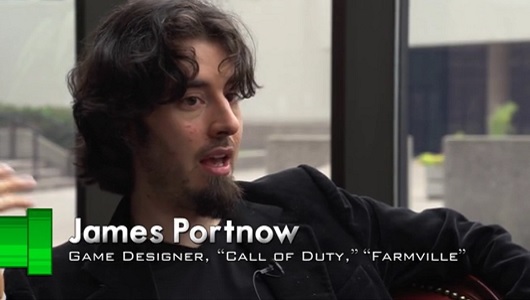 The quest itself is interspersed with some fun segments that help to keep it interesting. One of the highlights is without a doubt the two minute history of Nintendo, complete with cute animated 8 bit video, as well as an interview with the artist behind the infamous Mega Man 2 sleeve design.

These sections are some of the most interesting moment in the movie as we get to hear from people from all walks of life including fans, industry personalities, composers, and designers who all have one thing in common – they are all lifelong Nintendo fans. Although I did find the section where fans are singing their favourite NES game themes is absolutely cringe worthy.

If you have an interest in gaming, which I assume you do as you’re reading this blog, I recommend giving Nintendo Quest a look. It’s a fun romp that is sure to resonate with gamers young and old, and will no doubt leave a smile on your face.

Fun look at the life of collectors
Jay comes across as a genuinely likeable guy
Some of the drama feels forced
That one collector!

What no doubt started off as a bit of fun between friends quickly became a very personal journey for Jay Bartlett, and I honestly think Nintendo Quest is more than worth the hour and a half of your time it will take to watch it. And who knows, maybe it will inspire you to take on your own gaming quest.