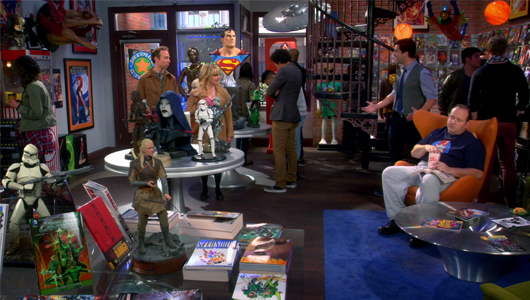 How I Learned To Stop Worrying And Love Comic Book Shops

Comic book shops can be strange, scary and foreboding places full of worrying looking books, posters, games, t-shirts, miscellaneous fluffy things and occasionally even peculiar looking people. If you are the sort of person who has no idea what is meant by terms such as TPBs, pull lists, arcs, variant covers, retcon or one-shot then comic book shops are alien places inexplicably full of action figures and very explicably empty of people like you.

But comics! Ah, comics can be great. Comics can be little paper portals into wonderful worlds of adventure, excitement and (most importantly of all) Batman! In these modern technologically advanced times of course, if you want to buy comics you can avoid comic book shops entirely and buy Batman comics on the internet. But where is the fun in that? And, perhaps more importantly, if we do not support our local comic book shop we will loose them and then who will recommend that new comic Batman book you have never heard of to you?

Are you sitting comfortably? Good. Then I’ll tell you the story of how I discovered the amazing world of comics, how I learned to stop worrying and love comic book shops. 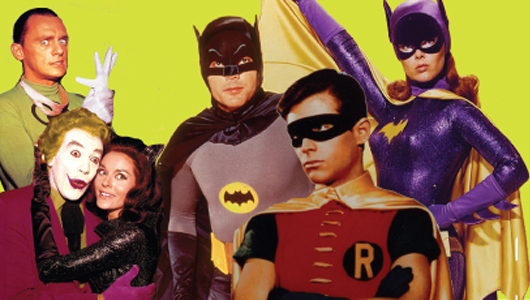 My earliest memory of anything comic book related was, like many people my age I suspect, the Adam West Batman TV show and I subsequently enjoyed many things superhero related on the big and small screen but it was not until my late twenties that I discovered these superheroes in their original form: on the printed page.

At the time I was working as graphic designer/photocopier operator for a secondary school and, due to the structure of the school day, my work tended to be concentrated into an insane first two hours of jobs ranging from rush-jobs to complete panic jobs. This left the afternoon as a very pleasant empty time with little to do but noodle about on the Internet. Much of this noodling was in the form of web comics (Penny Arcade, Dork Tower, Starslip, PvP and Three Panel Soul) but there was only so much time that one can spend reading web comics and, remembering my love of Batman, I started to see what was available on-line in the way of free Batman.

While there was a great deal of information about Batman it turns out that there were no free Batman comics that I could find. I cannot tell you which chain of clicks eventually lead me to the Wikipedia article about legendary Alan Moore graphic novel Watchmen but something about the article had me intrigued; I wanted to read Watchmen. But where to buy it from? 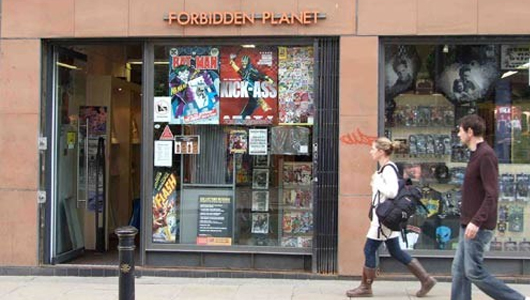 In my naïveté I did not even consider online retailers, the only place that I knew would stock it was Forbidden Planet, a comic book shop in the centre of Manchester’s vibrant (dodgy) Northern Quarter. And so I ventured in, descending a metal staircase passed the collectable action figures and Jedi dressing gowns into the bowels of the shop: the comic section.

I browsed briefly, trying to look like I knew what I was doing but hopelessly out of my depth. After some time I plucked up the courage and asked where Watchmen would be.

“Ah,” replied the ponytail sporting cashier. “We keep the Alan Moore section up here so nobody can find it.” he joked. At least I think he was joking. “Good choice.” The man said as he slid the book into a carrier bag. And it was with that affirmation ringing in my ears that I emerged into the light a changed man, a man who had bought a comic book. 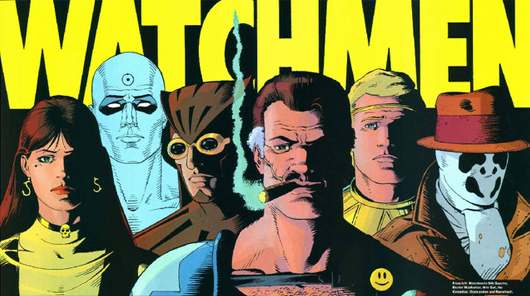 Watchmen is widely praised as the best comic book of all time and with good reason, it is absolutely brilliant. I won’t go into details here (though I hope to in the future on this site) but suffice it to say that it is every bit as good as everyone has been saying it is. In fact, the only problem with starting my comic reading life with Alan Moore’s iconic masterpiece is that I may have set my expectations a little too high.

I had loved Watchmen and I wanted more, so I searched the internet for lists of notable graphic novels and almost every list included Frank Miller’s definitive gritty Batman story The Dark Knight Returns, which I must confess I did not like that much, Miller’s (significantly better) Batman: Year One (which is great) and Jeff Loeb’s The Long Halloween (which is superb). 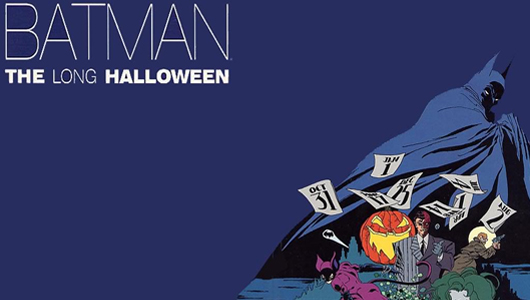 At roughly the same sort of time I had begun to discover Astro City (Which I have written about at greater length here), FEAR Agent and Gotham Central. I had made sense of how the graphic novels were stocked in both of my local comic book stores and had a growing collection on my bookshelf that I would lend to friends with an evangelistic fervour.

Confident graphic novel collector I may have been but I was a long way from being comfortable with buying single issue comics. There were so many of them for a start, some named after things that I recognised like Avengers (perhaps slightly too many: Avengers, New Avengers, Captain America and the Mighty Avengers, Avengers World and Secret Avengers for starters) some that were adaptations of things I knew about (Walking Dead and Star Wars) and some that made much less sense to me (Unbeatable Squirrel Girl, Ninjak, Lady Mechanika or Operation Sin). Single issue comics were so overwhelming and I had absolutely no idea where to start. And then, on a magical Saturday in 2013 everything changed. 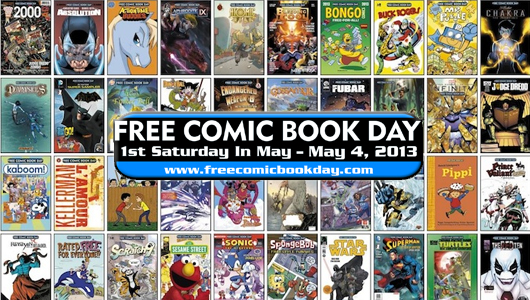 It was Saturday the 4th of May, it was Star Wars Day but, more significantly for our story, it was Free Comic Book Day. Free Comic Book Day is an annual attempt by the comic industry to reach out to new customers by giving away free comics. Among the children’s comics, the curiously anachronistic Prince Valiant reprint and other comics I quickly disregarded was a title called Aphrodite IX Number 1 from independent comic publisher Top Cow.

Aphrodite IX was a reboot of a 1990s comic and to give you some idea of why it appealed to me, it had cyborgs and dragons in it. In this first edition the heroine wakes up from cryogenic sleep to encounter an entirely alien post-apocalyptic future without any memory of who she is or how she got there. With a story full of strange revelations, exciting action, a cliffhanger that left me on tenterhooks and sumptuous art from the incredibly talented Stjepan Šejić, for the first time ever I finished a single issue and was desperate to read more. 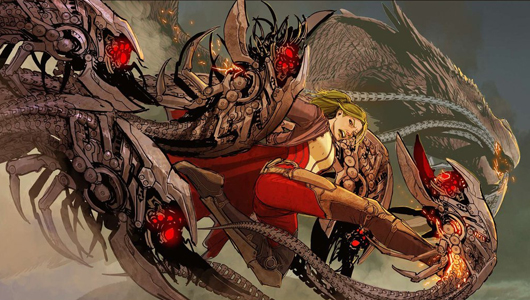 The same month Vertigo Comics began to publish Astro City as a monthly comic and so I now wanted to read two monthly comic titles. There are a host of things I had to learn when I started buying comics including the peculiar fact that new comics go onto the shelves on Tuesday but you cannot buy them until the Wednesday.

Fortunately, I found the staff at both of my local comic book shops (Forbidden Planet and Travelling Man) very friendly and helpful. They would patiently check to see which was the latest edition of a title and whether it was on their shelves (I have still not worked out Forbidden Planet’s filing system!) and if I had missed it they would order any comic in for me with no additional charge.

I have now been reading monthly comics for over two years and, once I had overcome some of the mysteries necessary to get started, have found it an overwhelmingly positive experience. I have enjoyed the comic books themselves of course and have discovered some truly wonderful, exciting and moving stories that harness the unique possibilities of the medium, I have met some lovely people with a real passion for the comic as a medium and, last but by no means least, I have discovered many more Batman stories. What more could anybody ask for?