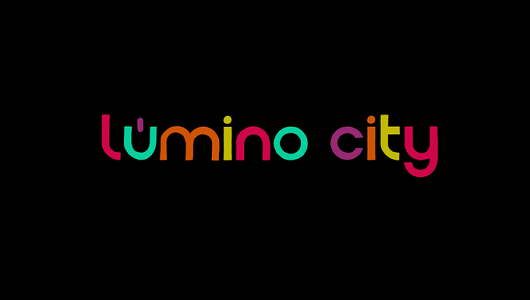 Lumino City is the follow up to Lume, an ‘illuminating puzzle adventure’ game released in 2011 that saw players take control of Lumi to help her solve puzzles to restore power to her granddad’s house and ultimately solve a larger mystery. The guys and girls at State of Play have been extremely busy since then, upping the scale from a house to an entire city, and in doing so, creating a game unlike anything I’ve ever experienced before.

The story picks up where Lume left off, and see’s Lumi’s granddad going missing, meaning she must travel to Lumino City to find him, solving puzzles along the way and trying to unravel the mystery of why the city’s power has gone out.

Along the way Lumi must talk to the residents of Lumino City, and read various literature to gradually build up an understanding the city’s history and mysterious downfall. It’s simple and effective, and builds the foundation for a charming little adventure.

In my preview for Lumino City I described it as a point and click adventure game, and I can see now, after playing it through to its conclusion, how wrong I actually was. Granted, Lumi, the game’s protagonist, is moved around the titular city via pointing and clicking, but at its core Lumino City is a puzzle adventure game, having more in common with the Professor Layton series than Broken Sword. 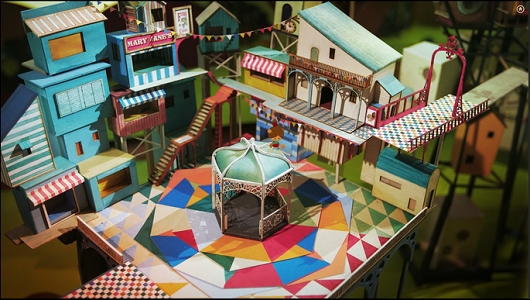 The city is broken up into sections, each with its own handful of people to meet and puzzles to solve. Clearing the puzzles opens up the next area and progresses the story. It isn’t possible to revisit areas once they’ve been cleared, but there isn’t any danger of leaving anything behind as all the items needed for solving puzzles are found and used in that puzzles area.

The items Lumi collects are stored in her bag, which is accessed by clicking the little satchel around her neck. There are no icons on screen, which makes everything look incredibly clean. Another nice touch with the items is if Lumi puts something in her bag that’s too big, it will stick out the top of the bag. It’s a small detail, but goes a long way to make Lumino City appear as a real, living world.

The puzzles are incredibly varied, ranging from simple pattern matches to more complex and cryptic tasks, and I didn’t encounter any two that were alike. The puzzles are easy to begin with, rising steadily in difficulty as the game progresses. A couple of puzzles I encountered toward the end of the game however were incredibly vague, making them more overwhelming than unenjoyable.

It was at times like this that Lumi’s Handybook became essential. 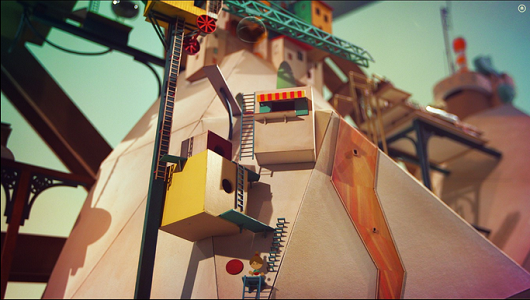 The Handybook, picked up during the games prologue, is a great little item. What is essentially a collection of get out of jail free cards, this hefty tome houses the answers to each of the city’s puzzles, but it isn’t as easy as turning a page and finding the answer. If you want to cheat your way out of a difficult puzzle, you have to earn it.

In order to find the page housing the solution for a particular puzzle, clues must be deciphered and a math problem must first be solved. The first number to be found is usually an environmental clue, such as “the number of mirrors”, then the rest of the equation is given, and solving it gives you the page number to turn to, to find the puzzles answer. It’s a fantastic system that’s gets rid of that feeling that you’ve just cheated yourself by checking for the answer, because the answer has to be earned by solving another puzzle.

There was a couple of times where the answer I worked out didn’t give me the correct page number, so I had to spend several minutes checking each page of the Handybook in order to find the solution I needed. I think this has more to do with the fact I’m a bit rubbish at maths than any fault of the game though. 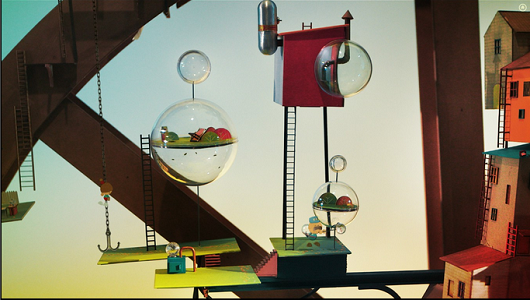 It’s impossible to talk about Lumino City and not mention the visuals, after all, they are absolutely beautiful. Everything has been handmade by the talented people at State of Play using a variety of different architectural techniques and filmed with high definition cameras giving Lumi’s world an organic feel I have never encountered in a game before.

The digital SLR cameras used to photograph and record the scenery have been put to excellent use. Every minute detail from the modelling process, such as brush strokes in the paint, or smears where glue has dried, can be seen. And clicking on backdrops shifts the focus, giving the illusion of looking at Lumi’s life through a lens.

The music is also worthy of note; originally written for Lume by the head of State of Play, Luke Whittaker, the already excellent music has since been remixed and performed by the incredibly talented Ed GAPS. The soundtrack of Lumino City is quite simply stunning. 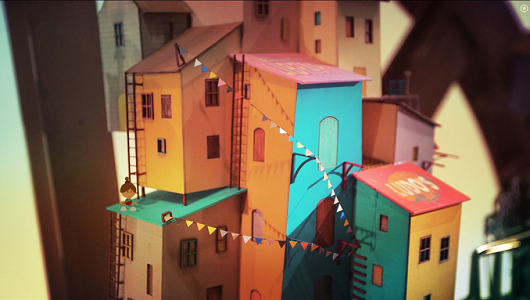 As simple as it is atmospheric, the score seamlessly complements the games visual style, the tinkling of a piano combined with moving acoustic picking acting as the main foundations for the score, flawlessly encapsulating the feel of both the city and its residents.

The mix in game would appear off from time to time, and on several occasions the loop could be heard clipping. This isn’t a major issue, and I do feel like I’m just knit picking right now, but a bad mix can go a long way to pulling some people (like me) out of the experience, and I feel I need to address this purely because the soundtrack is so damn good.

I also encountered quite a few bugs on my journey through the city, forcing me to reload and hope for the best. Most of the time it was silly things such as Lumi refusing to move where ever I clicked, but once about two thirds of the way through a puzzle didn’t end properly and my progress was completely hindered even after reloading.

This has been patched now, and once I’d downloaded an update I was able to continue without incident, but I feel it’s worth mentioning anyway.

Lumino City is a great little game that has literally been handcrafted with love, and at around eight hours long it’s perfect for a rainy weekend. If you’re a fan of brain teasers then this is definitely for you, and even if you, like me, are unfamiliar with the genre, give it a go. You could find Lumi switching on a light and illuminating your mind too.