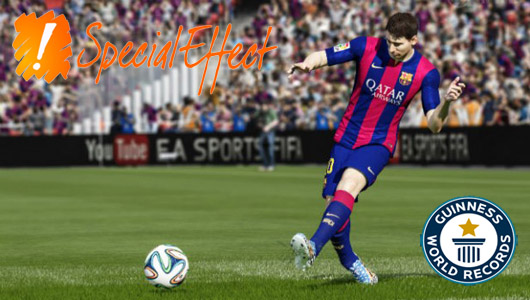 Gaming for Good is a selection of articles we have put together to showcase the best of gaming’s contributions to good causes. The SpecialEffect charity is a prime example of this.

Established in 2007, SpecialEffect rose to become an award-winning charity due to their dedication in providing technology and equipment that individuals with physical disabilities can utilise in order to experience the pleasure and participation of playing video games. Over the years, the incredible SpecialEffect team have created adapted gaming equipment – controllers, voice controls, foot switches and more – for individuals that lack the full physical or cognitive ability to play the games they want.

With the popularity of video games on the rise, SpecialEffect recognise the likely increase in the number of individuals they can seek to help; and the costs of doing so are why fundraising is so important.

A great example of which was announced yesterday! An upcoming event at Loading Bar, the North London gaming-inspired cocktail bar, will involve an attempt to smash the Guinness World Record for ‘The Longest Video Game Marathon on a Football Game’. Chris Cook, the Community Manager of GamePointsNow/GameKeysNow will be playing FIFA 15 for (hopefully) over the 48 hour 15 minute world-record mark.

“I’ve been playing FIFA games since they first started way back on the Mega Drive, so couldn’t think of a better way to raise money & awareness for a truly amazing cause,” said Chris Cook, “As someone who has seen first-hand how gaming can help enhance lives, I could not think of a better charity to lend my support to”.

Chris will be playing from Wednesday 5th – Friday 7th November for anyone wanting to witness the feat, try a game-inspired cocktail or two and, most importantly, donate to the charity it’s all in aid of – SpecialEffect.

For those at home, Chris’ record attempt will be available to watch live on Twitch right here, and there will even be an opportunity for players to challenge Chris to online matches throughout the event. That’s not all; the stream will also feature giveaways from supporters of the fundraiser, such as:

Donations supporting Chris’ FIFA challenge and in aid of SpecialEffect‘s fantastic work can be made here.

We hope to see you at Dalston, North London’s Loading Bar next week for the event! And if not, don’t forget to tune into the stream and support SpecialEffect‘s work in helping those that don’t initially have the easy joy of being involved in video games.