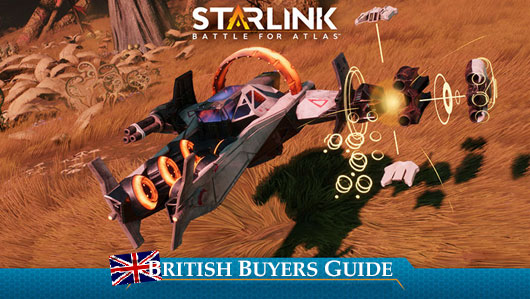 A British Buyers Guide for Starlink: Battle for Atlas

When analysing how best to cover Starlink: Battle for Atlas for the site, I decided that I needed to take a different approach to normal. This was partly as a plain review is not as useful due to the widely different content in different versions of the game and as I technically do not have any of the publicly available purchase options (my review copy was a Starter pack with the full digital deluxe version), but also partly as even though I am happy to openly admit I love the game, it does come with a whole minefield of caveats and additional information.

As such, it seems more prudent and useful to produce a buyer’s guide. I checked and it turns out that Mike Fahey over at Kotaku already did an excellent and very comprehensive job of doing exactly that and I strongly recommend reading it: A Guide to All the Different Ways to Buy Starlink: Battle for Atlas

However, there are a number of points where the information differs for the UK – and not just as simple as swapping the dollar signs for pound signs. The prices are (as per usual) significantly higher which makes it a slightly different value proposition but there is also an odd variation with the Starter Kit pricing. There is also a variation in the content available in the UK. I also think that, having played quite a lot of Starlink, there is some information I would add to the general buying advice to anyone interested in getting the game. 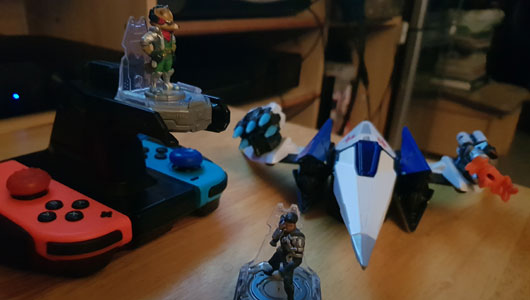 The contents of the Switch Starter Kit

As you can see, for some reason, the Starter Kit is comparatively better value for money in the UK than the more expensive digital versions. 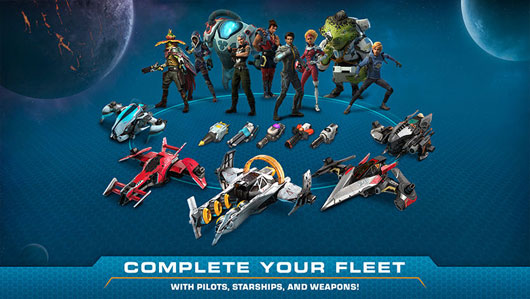 The game makes a rod for its own back by making it look much more expensive than it is. There is literally no need to own every ship in the game. The only reason to do so is for collectors that can’t resist having everything. As such, I do not see any reason to own the £90 digital deluxe version.

You can use ships in the game as extra lives when one ship gets destroyed. However, there are separate levelling systems for; Pilots, Weapons and Ships – with the latter two also having Mods. Once a fair way into playing the game, there is very little point at bringing in a low level ship with no or low-level mods, as it will get destroyed very easily. You can diversify and level up more ships but this could actually slow down your overall in-game progression. As such, I do not see the need for anymore than two or three ships, and in most areas of the game, you will be fine with just one.

You can swap Pilots, which will swap out the Pilot ability and skills. You get one extra in the Starter set and while I also bought an extra Pilot, there is not really a compelling reason to swap them, especially if you already using Fox McCloud – he is a much more interesting character and his Ability power is comparatively overpowered (and has its own nostalgia inducing Starfox theme tune that plays when engaged). Even when your ship gets destroyed, you can always transfer pilots to your next ship. As such, I see no reason to buy any extra pilots.

The Weapon Packs are a slightly different proposition. Each comes in pairs;

I wanted to get some weapon variety so did not see the point in any of the packs with the heat- or cold-based weapons (as you get some of those in the Starter set) and the Shockwave and Gauss Gun are both the same type of weapon. I purchased the Crusher & Shredder pack and recommend doing the same, if going down the physical route. It allows for a nice variation in the combinations you can make with four weapons, both are powerful weapons and when attached the Crusher (as with other Gravity based weapons) lights up and glows purple! 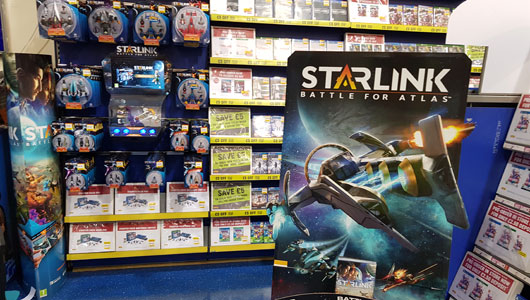 Glad to see that Ubisoft have gone to town with in store displays in the UK.

• What YouR MONey can buy!

Note that there are two retailer exclusive ships in the US.

should give you further evidence that you do not need all the ships included in the game. (Also worth pointing out that these are just re-skinned versions of the Pulse and Lance ships.)

UPDATE: I managed to track down the two retailers with the exclusives in the UK. 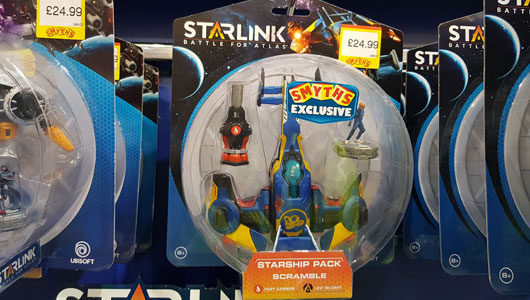 I can fully understand why Mike Fahey chose to add the total costs of all of the content together for the sake of clarity. Ubisoft have muddied the waters with an overload of content and in doing so have made one of the best games of the year (and possible the best ever Starfox game) obfuscated by a confusing mass of DLC that makes it look like it has a much higher price to entry than it actually does.

I took the time to write this as I wanted to clear up some of the confusion and clear the path for more people to enjoy the game. Outside of Nintendo, it is rare to get a family friendly game that is still so satisfying and enjoyable to play as an adult. There is also a massive load of content to enjoy in the game but hardly anyone seems to be talking about this as there are too many factors to discuss before we can start to attack that. 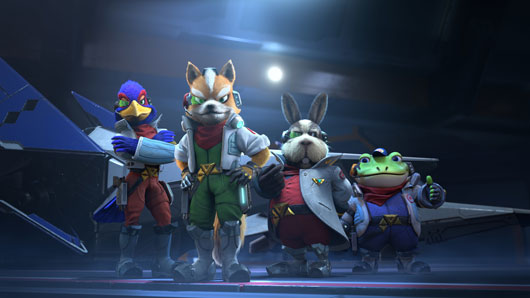 I would generally recommend buying the Standard digital version as this gives everything you need to play through all of the game. However, that is a much easier recommendation for the Switch version and as there is no other way of getting the Arwing toy separately from the game, you may want to just grab the Starter set for Switch if that is important to you – especially as this is even better value in the UK.