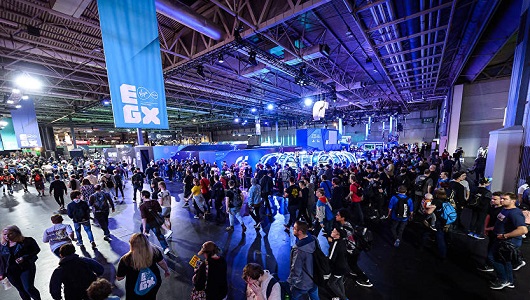 Despite only being able to attend EGX 2018 for two days this year, I still managed to play a lot of upcoming games, across a wide spectrum of platforms. I was particularly interested in the state of VR at the show as its popularity had seemingly waned – at least that was the general consensus. However, EGX played hosted to a large PlayStation VR section, including titles like Blood and Truth, Tetris Effect and Astro Bot: Rescue Mission. PokerStars also announced a new VR platform at the show, supporting Oculus Rift and HTC Vive currently.

In order to get as wide a range of experiences as possible, I chose to play titles I had not heard of before the show. The below titles are just some of the games I got to play.

In the Rezzed section of the show, Immersive VR Education, an Irish company (puffs out chest with pride), was showing off their latest ‘edutainment’ title, Titanic VR. Spread across two different time zones, the game allows you to explore the wreck as it lays on the bottom of the Atlantic Ocean right now as well as experience the sinking for yourself from the perspective of a survivor in Lifeboat 6. 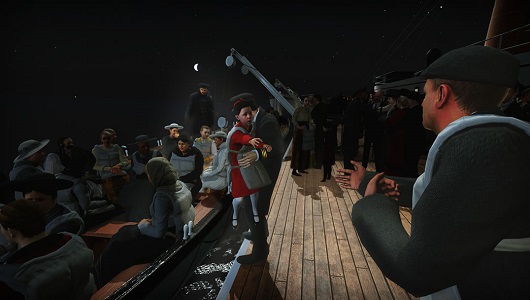 The entire experience feels authentic and immersive; an impressive feat, as we were playing this on a busy show floor with hundreds of people around us. According to the lead developer, Bobby Greaney, hours upon hours of research had to be performed to get as many of the details correct. They even consulted carpenter’s notes to get the furnishings as close to reality as possible.

While we were at the stand, a number of teenagers and younger children played through the game and the importance of titles like this became apparent quite quickly. Soon, this will be one of the main ways people will learn about important events and people from our past. Look out for an interview with the developer coming to the Geek Speak podcast feed shortly.

Arca’s Path is a physics-based platformer from Dream Reality Interactive and published by Rebellion. It is set in a beautiful world full of calm colours and music that will immediately set you at ease. The opening cinematic, told through comic-like panels, is not particularly loaded with detail but the idea that you are helping a young girl escape a bad situation through the use of a special headset is conveyed at the very least.

The platforming is a simple case of moving a player-character from A to B. The quirk with this game however, is you are trying to move a rolling ball across precarious platforms and you control the direction of the sphere by pointing a reticle on the ground in the direction you want it to move. The reticle is controlled entirely by the headset, so this means you need to move your head very carefully at all times. While this control scheme is initially charming, I can see it become an issue when you play later levels and the minute movements required may strain your neck!

Regardless, I enjoyed the early levels I got to play and adored the glitching world I was exploring. While I do hope additional control methods are added as a choice, I am still eager to play more of this when it releases later this year.

Competitive shooters in VR are rare beasts so when one showed up to EGX, I was excited to try it. Skyfront VR is an online multiplayer title with zero-gravity movement, developed by Estonian developers, Levity Play. Both hands are equipped with either weapons or thrusters and they can be swapped as you play and your combat situation changes. You also have a grapple hook for even faster movement, but that requires more skill than I had at the time! 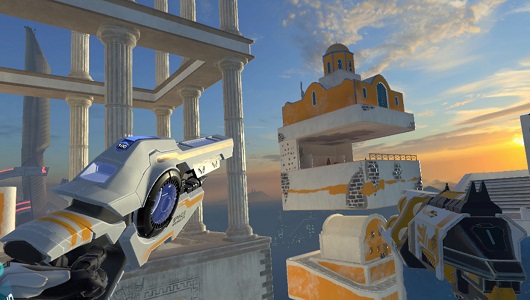 When you switch to a thruster and pull the trigger, you move where you aim. This means that you can aim over your shoulder and be propelled backwards, while still being able to shoot attackers following you. It feels incredibly gratifying to not only out-shoot an opponent but also to out-maneuver them.

The game is currently available in early access via Steam VR and the Oculus Store. In Early Access, there is currently a Deathmatch, Team Deathmatch and Domination mode available with more planned before its full release. I asked about a PlayStation VR version and was told that this will be considered after the full launch on PC is completed.