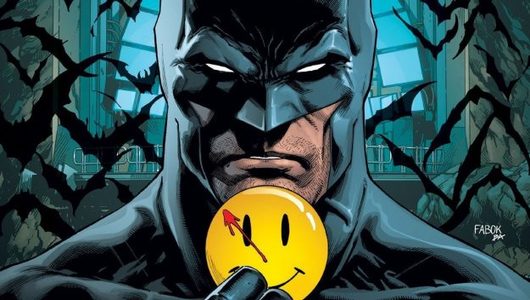 The DC comic universe, and comics in general tend to be a bit cyclical and it’s a rare breed that manages to go unchanged and transcend generations over time. The graphic novella Watchmen is one such story and throughout 2018 the canonical sequel is seeing a rebirth of its own, now tied solely to Superman and friends in the current crop of DC comics.

Watchmen, originally conceived by Allan Moore and Dave Gibbons is a seminal piece of literature that throughout the years since 1989 has continued to grow and meet audiences in their current political climates. A vision of post-Vietnam war Americana, Watchmen is arguably as relevant today as it was almost thirty years ago.

Moore & Gibbons darkly humorous tale, is best read as a whole and has only ever been followed up since by a movie, a spin off video game and a set of prequels that hoped to capitalize on the resurged interest following Zach Snyder’s Hollywood interpretation.

To pair Watchmen with DC alumni, and as an excuse to end the current cycle of Rebirth comics is an interesting one, but one that has the potential to either backfire or leave long time fans feeling a bit soft: Where Superman has been re-imagined and reworked countless times since the 1990’s, Watchmen has never faltered in its ideology or mythos, dark humor and violence.

As the series continues each month it remains to be seen if Doomsday Clock can maintain the detached top down view of the world and exploration of inner psyche coupled with a ‘greater good’ mentality that made Watchmen so unsettling. Now is a good time to enter into the series as it kicked off during November 22 2017 and runs for only 12 issues until December 2018. 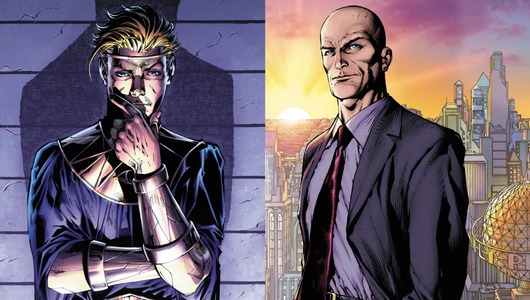 Published by DC Comics and written by Geoff Johns, Doomsday Clock has the blessing of Moore & Gibbons and is refreshing that it doesn’t shy away from the adult content but brings this over to the DC Universe, with grittier panels and colors and a film noir mentality.

Like it or not Zach Snyder’s movie of the same name was a slavishly shot by shot recreation of the original comic that followed the likes of Doctor Manhattan, Owl Man, Ozymandias, The Comedian and Rorschach as they deal with their relevance in the world, the threat of nuclear war in a cold war era and the shift out of the 80’s into a more modern, superficial, technological and media saturated world that is seemingly rotting at the core and unable to see how great it really could be.

Set seven years after the first story in 1992, Doomsday Clock has a lot to live up to and the ball is in Geoff Johns court. Writing the comics in 2018 but set in 1992 is the first challenge – to capture the emotions of the time as well as the politics coupled with the fallout of the first saga while still moving things forward. Trying to parallel modern DC characters as well as explain original Watchmen who died is another thing all together.

“Johns felt like there was an interesting story to be told in “DC Rebirth” with Doctor Manhattan. He thought there was an interesting dichotomy between Superman—an alien who embodies and is compassionate for humanity—and Doctor Manhattan—a human who has detached himself from humanity. This led to over six months of debates amongst the creative team about whether to intersect the Watchmen universe with the DC Universe. He explained that Doomsday Clock was the “most personal and most epic, utterly mind-bending project” that he had worked on in his career.” 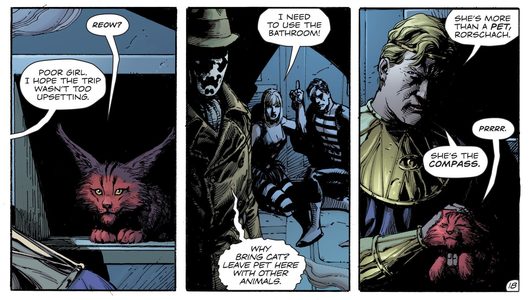 Primarily a conversation between Ozymandias and Rorschach, Issue 1 sets the scene rather quickly and resolves one of the biggest changes regarding who Rorschach is and how exactly he is ‘still alive’. This slight allows a fluid narrative and for the story to focus on more important things – looking for Doctor Manhattan and going to the DC Universe as quickly as possible.

Issue one also introduces two new characters in ‘The Mime’ & ‘ The Marionette‘ who are interesting enough and yet somehow feel like contrived stand ins for the obvious Joker & Harley Quinn. This need to cross-match characters is cute but adds nothing to Watchmen as a whole as does drawing parallel between Doctor Manhattan and Superman.

While ‘Supes is a literal alien who sometimes stands apart from humanity and sometimes above them, he very seldom spends too much time contemplating the quantum metaphysics of creationism, God and how humans tick. He is not so removed that he lacks emotion, empathy or a vision that sometimes more need to die to justify saving the few. Doctor Manhattan is a paradox, that sits outside of time and space and can manipulate it at will, a character that sees himself as both the savior of mankind and yet pointless in its execution, such that he leaves Earth to wander the cosmos.

While it is interesting to consider Superman somehow grounding Doctor Manhattan and/or giving him back some humanity, let’s hope that they don’t neuter the highbrow and existential ramblings that come with it. 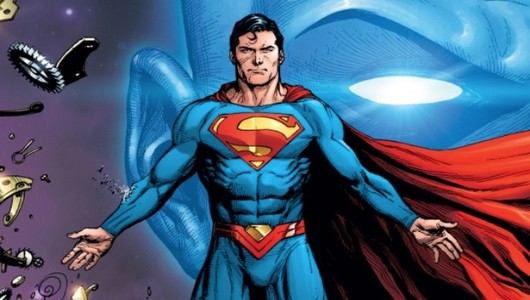 Having established the motivation and characters the second issue improves by pitting the smartest man in the world (of Watchman) against, well Lex Luthor as the smartest man in DC. This is a more obvious match up and leads to some interesting ideas as both characters are incredibly smart and have trod the line between good and ultimate evil-for-the-greater-good at one time or another.

From a story perspective, it was important to still have Rochache kicking around, and seeing him walk around Gotham and riff on the seedy underbelly of the DC elite is rather amusing. 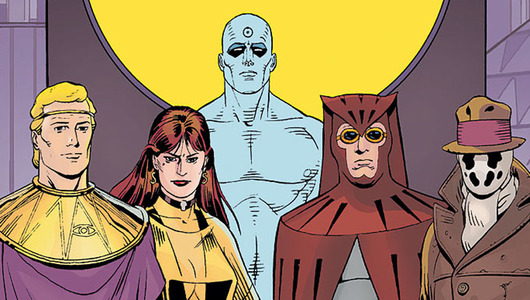 Throughout 2018, Doomsday Clock is one to watch. As a stand -alone story it is worth following, both in how they end the current storyline of DC characters and exactly what happens next to Watchmen. Watchmen has always been a slow burner and dialogue/monologue heavy with a sense of self-importance. For fans of the original, there is a lot to love as the art and writing are on par and as a whole will hopefully rival what made the first a classic all those years ago.

As the clock inches ever closer to midnight and in a current climate of fake-news and impending North Korean nuclear fear mongering maybe what the world needs, right now, is the Watchmen and a bit of a rebirth…

Doomsday Clock is available through all good comic book retailers or online through Comixology ($4.99 USD RRP)*

* As a pretext to Doomsday Clock, check out DC: Rebirth: The Button & Superman Reborn, 2017