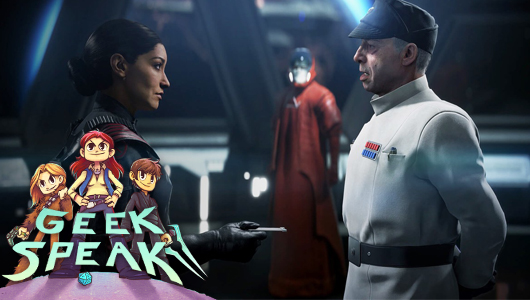 Hello there, lovelies? How’ve you been?

On this episode of Geek Speak, Lauren and Alex and joined by the glorious El (formally of Ready Player 2). Together they chat about the fun week EA has been having, RPs, tearful TV episodes and so much more.

Editor’s note: We apologize for some audio hiccups that happen in this episode.