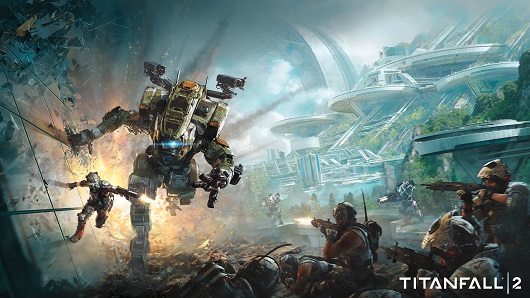 When Titanfall 2 came out in 2014 the gaming world was alight with the promise. It won countless best of E3 awards before its release and every outlet that covered it promised we’d be spending countless hours calling down giant robots and smart pistoling each other senseless. But things didn’t quite work out that way. A lacklustre campaign and a divided multiplayer community meant it ended up a flash in the pan. Fortunately the sequel to Respawn entertainment’s new shooter is bigger and better in every way than its predecessor.

2016 has been a banner year for FPS. Doom and Shadow Warrior brought back the old-school excellence of their series origins. Overwatch rewrote the book on multiplayer gaming. And now Titanfall 2 can join those lofty ranks.

At the outset of the campaign you step into the shoes of Rifleman Jack Cooper, a lowly foot soldier who wants to ascend the ranks of the militia and earn his stripes as a Pilot. These high ranking soldiers use the gigantic robotic Titans in battle. Cooper is taken under the wing of veteran Captain Lastimosa, but before he can complete his training a routine surveillance mission goes terribly awry (as they always seem to do) and he has to team up with Lastimosa’s robo-buddy Bravo Tango-7274, known to his friend as BT, in order to finish the mission.

It’s a pretty basic plot, but it manages to elevate the clichés of its sci-fi premise rather than being held hostage by them. Cooper is a pretty average protagonist, but BT is the star of the show. The deadpan robot’s dry delivery makes the limited dialogue he’s given all the more memorable and the animators deserve an awful lot of credit for cramming so much personality into every inch of his towering form. If you’re the type of person who gets misty eyed every time they watch the Iron Giant then BT will bring back all kinds of nostalgic memories.

BT isn’t the only interesting character though. Militia commander Sarah Briggs and Gates, the enigmatic leader of the elite pilots known as the 6-4 are brought in to bolster the roster towards the game’s climax. These characters bring some much needed gender diversity to the usual alpha male heavy set up. It’s really a shame that these guys aren’t given more room in the story considering how utterly milquetoast Cooper is. 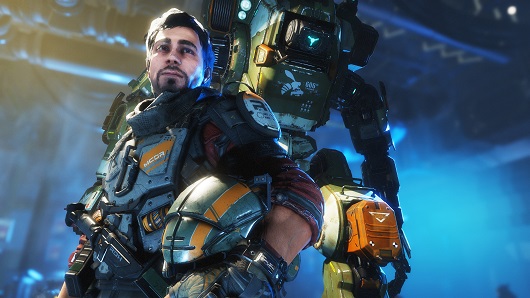 One of these is a tedious automaton. The other is a robot.

Titanfall 2’s villains are also more interesting than the grim angry caricatures most games offer. The main threat to Cooper and BT are a gang of mercenaries called the Apex Predators. Led by Kuben Blisk they’re a rag tag bunch of highly skilled pilots each of whom uses one of the game’s Titan classes to devastating effect when you face them down in boss battle encounters. Kuben himself is a particular standout, he laughs you off at first and only really begins to take you seriously as a threat once you start cutting into his profit margins. There is a more generic villain in the form of General Marder, but he’s about as interesting as wet paint in the grand scheme of things.

From start to finish Titanfall 2’s campaign is a roller coaster. After a very brief tutorial to get you used to the wall running and double jumping that you’ll use across the bulk of the adventure, you’re literally dropped into the midst of a battle and the action kicks off from there. The story is broken up into 9 chapters each with their own theme and feel. ‘Effect and Cause’ has already been lauded as the game’s high-point by many, and it does feature some of the best implemented time travel mechanics I’ve ever experienced in a game of this type. But Into the Abyss and The Ark are also contenders for the best set pieces in video game history. The former takes place inside a building factory, where walls and furniture are built up around you are you run, jump slide and shoot at enemies on the conveyor belt and off. The latter made me literally gap for breath, taking place on the decks and roofs of space ships rocketing through the air at top speed even as you fling yourself between them in a desperate attempt to sabotage the enemies dreadnaught before your own fleet is sunk.

Cinematic is a word thrown around video games a lot, in both complimentary and scathing ways, but Titanfall 2 earns the word as badge of honour. The epic scope of the locations and settings coupled with the dizzying speed of movement and combat makes you feel as though you’re at the center of a Star Wars-level blockbuster. But that story is all the more thrilling because you’re the one making the leaps of faith, going toe to toe with giant robots and gunning down legions of enemy soldiers with almost balletic grace. 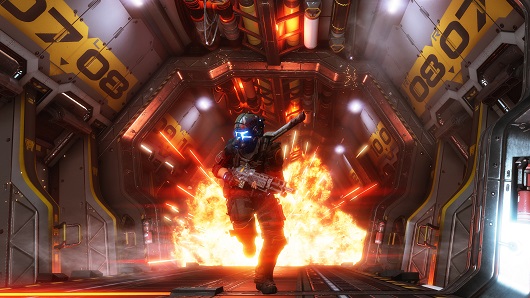 Movement in Titanfall 2 really is something special. Not only do you run faster than the average protagonist but the game is designed form the ground up to include wall running and climbing. The trick to staying alive in Titanfall 2 is to keep moving. The shooting is loose enough to account for the fact that you might be wall running while aiming but is precise and viscerally satisfying that landing headshots or perfectly aimed sniper fire sends a little shot of happy endorphins racing down your spine each time it happens.

Locomotion is also very important in the game’s excellent multiplayer. At a basic level it will be familiar to anyone who’s played a competitive FPS in the last 10 years. Standard modes, like team deathmatch and capture the flag are present. More interestingly however is Bounty hunt. Another team based mode where two groups of players work to hunt down AI controlled enemies, (either standard grunts or enemy Titans) in order to earn points. Players also earn a personal bonus that can be banked in between rounds in order to increase the team’s total. The added wrinkle here is that killing another player will result in their personal bonus being halved while yours increases proportionally. This leads to a back and forth a players attempt to ambush each other in order to raise their own total before they head to the bank. My preferred tactic was to race to the bank as soon as possible, then drop as may proximity mines as possible before grappling hooking my way out of the nearest window.

Combat in the multiplayer is just as fun as the main game, with the added challenge of taking on enemy pilots as well as foot soldiers and titans. Progression is delivered though unlocks of weapons and skins. The acquisition of cosmetics is relatively inoffensive, although as a more support focused player I the criteria were a little less focused on headshots and kill streaks. Having to unlock weapons and titan equipment though levelling is more of an issue, and although you can use in game currency to unlock things quicker it is still a risk buying something you may never find a decent use for in multiplayer matches.

Titanfall 2 is far better than not only the game that preceded it, but most of the games that have come out since. Every element it tries to reinvent is made fresh and exciting and almost everything it borrows from other series it makes wholly its own. Buy it, love it, and try not to fall too madly in love with all the the giant robots.