Honestly, when Robinson: The Journey was first revealed, I didn’t believe a game that looked as good would be possible on Sony’s VR platform. I expected to hear shouts of ‘downgrade!’ from across the Internet and yet more bad press for Crytek. It seemed inevitable, given the lofty aspirations of the title and the general caution people treated Project Morpheus with at the time.

Well, we can all get it wrong sometimes…

Robinson: The Journey tells the story of Robin, a young man stranded on the planet Tyson III when his ship, the Esmerelda, crashes there. His sole companion from the ship is an A.I. module known as HIGS. When the game begins, Robin has been stranded for about a year. With HIGS’ help, he has set up a security fence, areas to grow food and seems moderately comfortable.

We also learn that Robin has another companion – an infant dinosaur he rescued named Laika. As she is one of the planet’s alpha-predators, HIGS immediately fears for Robin and tries to convince him to leave her. However, by the time the game begins, Robin has already trained Laika to perform a few basic tasks. 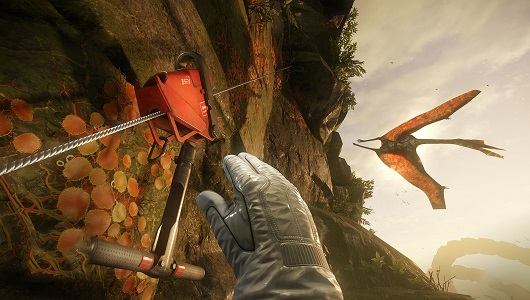 Pretty much the entire game is built around exploration and discovery, two themes that work incredibly well in virtual reality. For a large part of the game, you will spend your time scanning wildlife and solving environmental puzzles to progress. However, no matter how long you spend in the game, you will probably spend the most time simply looking around. I cannot overstate this – Robinson: The Journey is one of the best looking games I’ve played in VR, and I include some Oculus games in that too.

I actually got a PlayStation 4 Pro in the middle of reviewing the game. Even before trying it out on the new system, the game looked stunning. Afterwards, I noticed a sharper image in the headset and a greater draw distance in the game. Not only does the game look good – a known by-product of using CryEngine – it also sounds amazing. The 3D audio is put to excellent use here. Even when you don’t see any fauna, you can hear that the environment is alive. 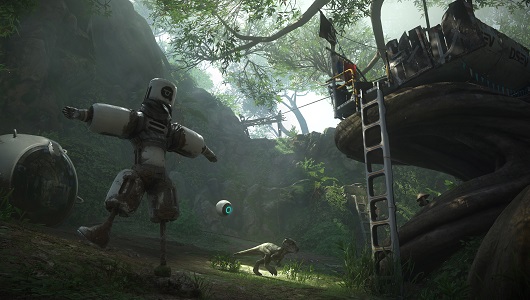 Once you pop your eyes and ears back into your head and get on with playing the game, the game becomes a little more formulaic. Moving around the environment uses a 12-point movement mechanic, where you rotate around in segments. It feels unnatural and never really becomes normal. The game also exclusively uses the Dualshock controller, with no support for Move controllers. This means selecting items in the environment is just a little bit more of a chore.

Progressing through the game also involves solving environmental puzzles, which vary from relatively easy to hair-tearingly difficult. The fact that you have an A.I companion should mean the game designers could use HIGS as a helpful prod in the right direction when they realise you’re struggling. Instead, the floating eyeball just hangs there indefinitely, as you wallow in your failure. Thankfully, I didn’t get hung up too many times and completing the puzzles often unlocked new areas to soak in through my eye holes! 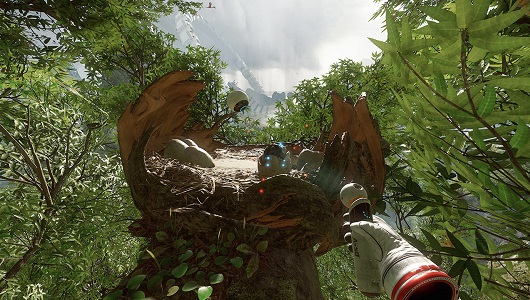 The world of Tyson III is absolutely stunning
The story and sense of adventure are both enthralling
HIGS can be very funny…
…but equally rubbish when you get stuck.

Robinson: The Journey is the new ‘call-over-and-let-me-show-off-VR-to-you’ game. If you want to impress your friends with some truly jaw-dropping visuals, look no further. While more work could go into traversal mechanics, it is still an enjoyable experience to wander through the world, just don’t expect HIGS to help! 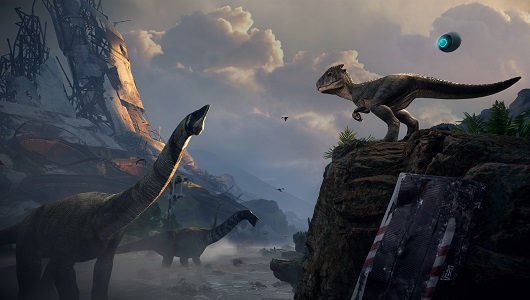