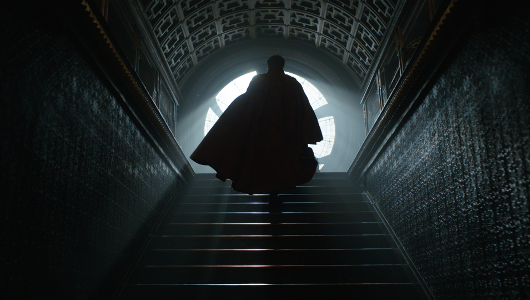 Marvel has had quite the task of adapting their comics into movies over the years. Thanks to Thor, we’ve happily accepted gods walking among humans and then with Guardians of the Galaxy we know there’s alien life out there. These two examples are now accepted when grouped with a billionaire in rocket armour or a genetically ‘roided-out monster scientist. Now it seems that Marvel face their biggest challenge yet… magic. Enter the Sorcerer Supreme Doctor Strange and with him, a whole new side to Earth-199999 that will open up the Marvel Cinematic Universe like never before.

When a rogue former student (Mikkelsen) to a group of sorcerers steals pages from a forbidden spell book and attempts to use them to his advantage, it will take the power of the mystical group to thwart him before our world descends into chaos.

Dr Stephen Strange (Cumberbatch) is a very talented and successful Neurosurgeon, living the high life at the top of his field until a car accident robs him of the use of his hands. Following countless expensive attempts to regain his skills through surgical treatments – now desperate and penniless, he embarks upon a quest to learn from an ancient order and their leader – the Ancient one (Swinton), to aid him where modern medicine has failed. 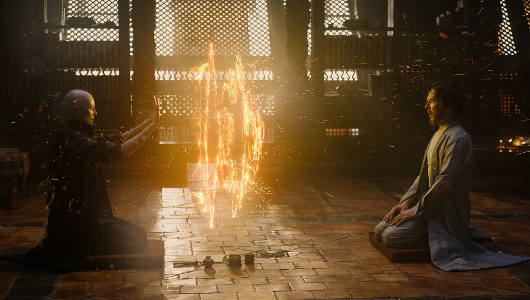 As proven in the past, Marvel tends to struggle with the superhero origin movie (not including Iron Man) and that’s certainly the case with Doctor Strange. Pacing is found to be disorganised with the movie’s setup rushed to get into the main plot. This in part is most likely due to trying to cram a huge amount of content into one movie in order to fit in the hero’s origin with an antagonist to battle.

Where the movie ascends above previous Marvel outings is its use of special effects, not to say that what we’ve seen in the likes of Avengers Assemble and Guardians of the Galaxy are to be glossed over. What we see in Doctor Strange is CG work akin to that of 2010’s Inception, where real life environments are warped, twisted and more to provide scenes that just could not be reproduced without the aid of technology. 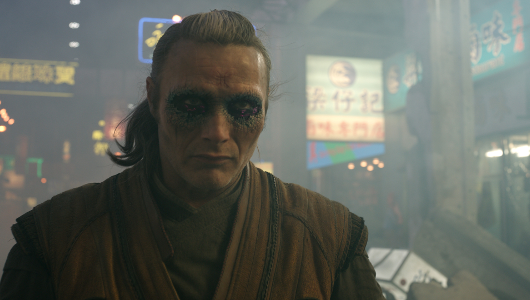 Cumberbatch’s Strange is rather akin to Tony Stark, calling into question anything supernatural while following up any sentence posed to him with a sarcastic nature. Though there is perhaps more enjoyment to be found in Swinton’s portrayal of the Ancient One, dispensing mystical knowledge on the one hand and throwing out witty retorts to foil her newest student’s “logical” arguments with the other.

Where the cast is let down the most is Mikkelsen as the villainous Kaecilius, proving that Marvel really seems to struggle with their antagonists outside of Tom Hiddleston’s Loki. He has a few quips here and there but is likely to be ultimately forgettable as the cinematic universe rolls on. 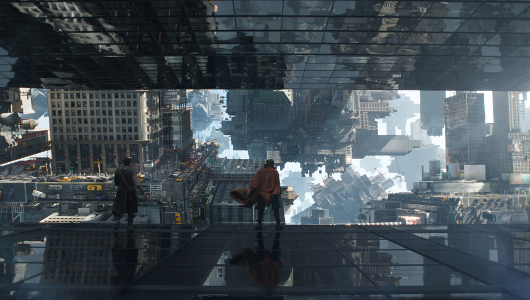 Absolutely mind-blowing visual effects that will suck you into the scene – and actually make me want to rewatch with 3D.
Watching Cumberbatch and Swinton bounce off each other provides for some of the movie’s enjoyable moments.
Bringing magic to the MCU opens up a new dimension to an already wildly explored universe.
Such as the majority of new Marvel series (big or small screen), pacing issues again rear their ugly head.
Sadly the use of top actors like Mikkelsen and McAdams are poorly developed and easily forgettable.

Overall Doctor Strange is an enjoyable movie that’s worthy to fit into the Marvel Cinematic Universe. Casting Benedict Cumberbatch as the titular sorcerer is as perfect a fit as Robert Downey Jr. taking the role of Tony Stark – he looks the part and fits the role perfectly. Sadly Doctor Strange struggles with many of the same issues shown in previous outings such as misused talent and pacing problems but stands out thanks to its engaging special effects.

If you’re a fan of Marvel movies, this is for you.