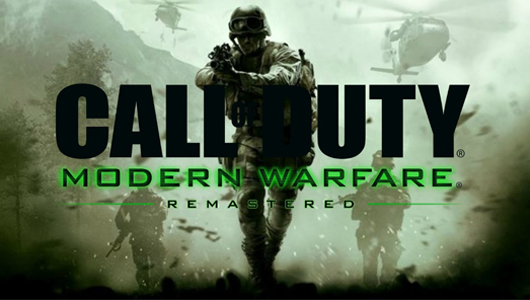 First of all, Call of Duty 4: Modern Warfare was a big deal in my gaming life. It was my first time experiencing a multiplayer community, being able to play with friends and talk about our adventures the next day at school – finding out there’s so much more to gaming than sitting in a room alone. So when hearing about this remaster, I was equally ecstatic and terrified. When a remaster of a game comes out, it can be exactly what you remember it to be or it can be an utter disappointment. The gaming industry is constantly evolving, the genre is always changing and adapting to what the hardware is capable of and what gamers want.

I am pleased to say Call of Duty 4: Modern Warfare Remastered is exactly what I was looking forward to.

Upon sitting down, I was stunned by the loadout screen, none of the weapon, equipment or perk implementations has changed, but the layout is more in line with Call of Duty’s more recent iterations. 360 degree models of weapons are now accessible with the right stick and you can now scroll through how your character appearances for each faction. So I don’t confuse anyone, character models are still based off which weapon you carry – snipers have ghillie suits, heavy machine gunners have bandoliers or huge backpacks of ammo etc. It’s a touch that reminds you that this game is lovingly crafted from the ground up and the team are proud of what they’ve done. 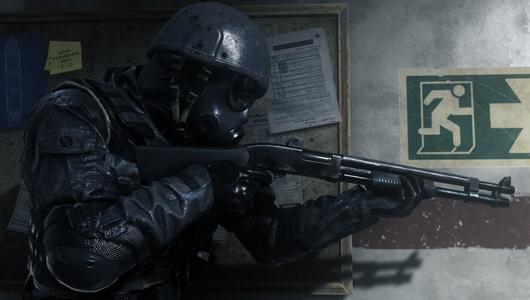 When playing Modern Warfare back in the day, there were iconic sounds and weapons that instantly trigger nostalgic memories. Immediately, I knew exactly what classes to set up – an M60 with foregrip using the perks Stopping Power – for the memories of clearing room after room with a methodical “Chug-Chug-Chug”; a silenced G3 with ACOG Scope, Claymores for perk 1, and last stand for perk 3 – for the distinctive sound of those silent one shot kills on Hardcore Search and Destroy. Finally, my all-round class; a G36c with red dot scope, RPG’s in perk one for those pesky helicopters, Juggernaut in perk two for that extra few seconds in a firefight and everyone’s favourite griefing tool – Martydom (dropping a live grenade at your feet upon death). 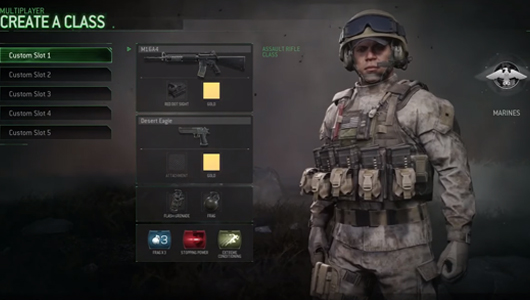 With my classes set up, I played two matches: Team Deathmatch on Backlot and Domination on Crash. Initially, for purely nostalgic reasons, I started my match on Crash by firing my M60 in the air. The audio has been re-sampled to improve quality, but this isn’t a jarring change and it sounds nearly spot on – it’s just as recognisable. Upon my first death, I switched to my G3 for a similar test – once again, the audio is definitely clearer, but as impressive. This class wasn’t suited to Domination as silenced weapons are significantly more lethal on hardcore modes. 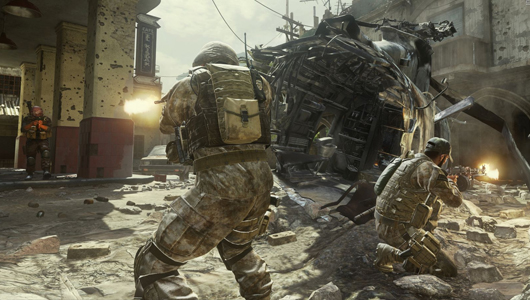 Another significant, and probably the most obvious change is the Medals system. Similar to the system first implemented in Call of Duty: Modern Warfare 2, each headshot, kill and multi-kill flashes a medal at the top of your HUD. It has no effect on the game-play but once again is a small improvement to attract more recent shooter players. A small, but very helpful visual update is the mini-map. The glow behind the player, friendly and enemy icons from the original Modern Warfare has been reduced, limiting the fuzziness of the icons and further assisting accurately pinpoint player movements; overall, helping to make the HUD cleaner and more useful.

Modern Warfare Remastered doesn’t appear to have changed the formula that worked so well when it captured players in 2007.  All of the unique spots in the maps are exactly where I remembered. The changes they have been made are minor and all appear to address issues or improvements that were uncovered as the genre evolved. At no point does the game feel old, which is comforting after such a long time and I’m eager to see what other changes have been made.

Call of Duty: Modern Warfare Remastered will be bundled with the Legacy, Legacy Pro, and Digital Deluxe Editions of Call of Duty: Infinite Warfare.