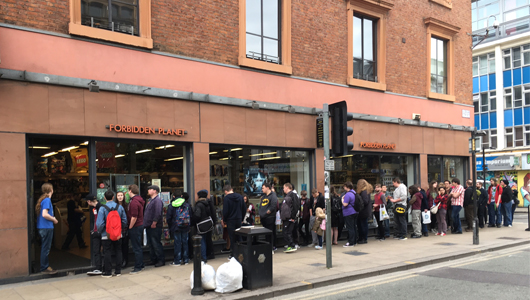 Free Comic Book Day 2016, the most wonderful day in the comic book calendar, has come and gone and all that is left in its wake is a huge pile of comics. For me personally it was a triumph: a good time was had by all, comics were read, Munchkin was played and we all went to see Captain America: Civil War. This year has been such a bumper free comic crop that we here in Big Red Towers are still working our way through them but below are our thoughts on a few of the comics. 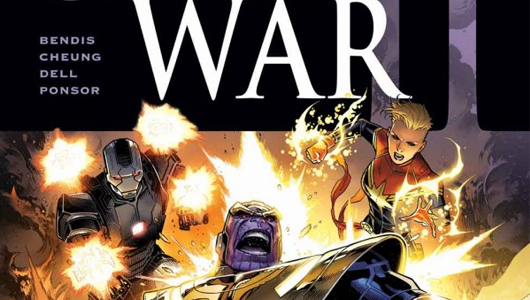 Civil War II has the dubious honour of being this year’s Marvel Comic’s summer event. Although some of them have been fantastic (Civil War, Siege, Who shot the Watcher?) some of them have been confusing messes that highlight exactly why comics continuity is a complete train wreck (Age of Ultron, Fear Itself).  The original Civil War tore the Marvel world apart pitting hero against hero and forcing the reader to decide where the rights and wrongs were in a morally grey situation. In this first issue of Civil War II we are probably seeing what will turn out to be the sort of disaster that sparked off the original Civil War with a number of the Marvel Universe’s B-list characters (War Machine, Captain Marvel, Black Panther, She-Hulk being the best known) ambushing Thanos as he attempts to raid a secret government facility. I can’t imagine this will go well for anyone concerned.
There is also a second story in the comic which is a snippet from All-New All-Different Avengers #9 which follows someone in The Wasps costume attacking Vision.

Reuben’s Verdict: Civil War II has yet to convince me, although this preview issue gives a glimpse into what could be a very promising story. If they manage to stick with the interpersonal drama of the story without getting swept up in cosmic nonsense then it could be a very enjoyable series. Not necessarily something to recommend to new reader but if you’re only a little out of the loop it will probably drag you back in.
Richard’s Verdict: The Marvel Universe is so confusing and complicated and neither of these have convinced me that they are good jumping on points to start collecting single issue comics. However, I will look out for how the Civil War II story is received by the fans. I can imagine myself picking up the collected graphic novel for this if it is as good as the original Civil War. 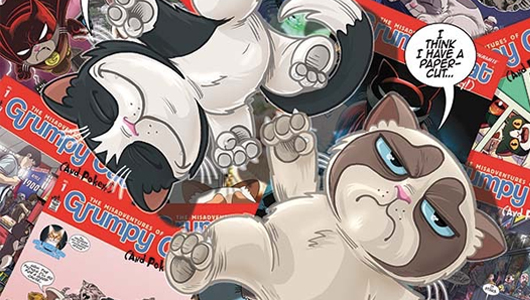 Is this what our society has come to? A cat with an apparent permanent frown (which I feel compelled to point out has nothing to do with the cat’s actual mood) has crossed over from internet meme to movie premise and now a comic book. For those with no affection for the source-meme (is that a thing?) this turns out to be is a sort of sub-Garfield comic with Grumpy Cat and his irritatingly stupid but cheerful sidekick Pokey taken through a series of by-the-numbers genre adventures.

Reuben’s Verdict: Despite my misgivings, there’s something quite charming about the story. Perhaps it’s just the fact that I have two cats, one of whom is grumpy and the other who is decidedly not. Perhaps it’s the fact that it does a better job of telling the Batman Vs Superman story that the actual film did. Perhaps I’m just a sucker for a cat in a trench coat. Perhaps each of there are true but as kid friendly comics go, Grumpy Cat isn’t all that bad.
Richard’s Verdict: Evidence of our failing culture. Some children may be amused by this but some children are idiots. 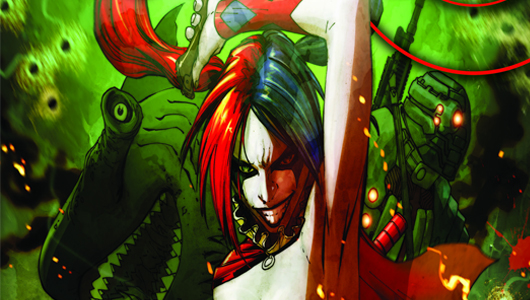 Before they were a hugely popular series of movie trailers and an excuse for Jarred Leto to be antisocial, Suicide Squad were a comic book team. Timed to coincide with the upcoming cinema release, the Free Comic Book Day Suicide Squad comic is the opening 20 pages of the New 52 run written by Adam Glass. The team of DC Villains have been captured and are being tortured by mysterious hooded figures.

Reuben’s Verdict: Lazy, cynical cash-in it may be but it’s not actually all that bad. It does straddle the line of grim dark 2edgy4u teen fantasy but manages to avoid that pitfall by being genuinely rather brutal and edged with a sick sense of humor. The portrayal of Harley Quinn in particular is something that will probably rankle ardent fans of the original Paul Dini incarnation but she fits into the world she’s given perfectly. Although I still think that her costume is rubbish.
Richard’s Verdict: A great way to decide whether you are likely to enjoy the New 52 graphic novels. Not really my sort of thing but does give a surprising amount of backstory and context in a few pages. Ends with an intriguing cliffhanger. 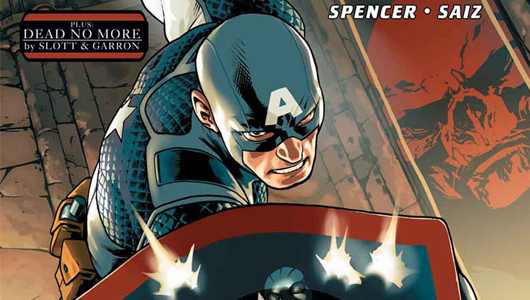 Captain America has been battling Hydra since he was thawed out in the 1960s. After apparently being defeated very recently, Hydra have changed tactics and have begun a terror campaign across the Western world. The Free Comic Book Day edition of Captain America sees Cap defeat a Hydra plot to blow up the Chrysler Building while Sharon Carter gives evidence to a the Senate Intelligence Committee hearing after things go wrong elsewhere.

There is also a Spider-Man story giving us a preview to the Dead No More event in the autumn. Spider-Man encounters The Rhino and his wife, both of whom should be dead. Spidey stops the very-much alive Rhino from killing Kingpin unwittingly undoing the machinations of a mysterious man wearing an Anubis mask.

Reuben’s Verdict: If you’re not up to speed with current Marvel canon then you might want to skip this entirely. If, however, you are willing to take a few things for granted (mainly that Sam Wilson is Captain America now), then there’s an intriguing story at work. Reinventing Hydra as 21st century terrorists works well as a concept and I did enjoy watching Steve Rogers kick a guy through a window whilst joking about how he was in the war one time. It remains to be seen however whether the story stay strong, or whether it turns into a lazy attempt to cash-in with the current film and ‘millennial culture’.

The Spider man story looks excellent. In contrast to the Captain America main story the preview contains just enough exposition to tell you exactly who everyone is and why you should be concerned about their nefarious schemes. The final page reveal which is enticing enough for anyone with a vague knowledge of the subject matter but if you actually recognise the Big Bad when he shows up, then you’ll be grinning like an idiot and really looking forward to the next few issues.

Richard’s Verdict: There is too much in the Captain America comic that confuses me. I thought I was pretty well informed when it comes to the “Star-spangled man with the plan” but Falcon appears to be wearing Cap’s shield and somebody else is calling himself Falcon. Unless this run becomes a classic I cannot even see myself picking up the trade.

The Spider-Man plot intrigues me however. I shall definitely keep an eye out for Dead No More in the Autumn.