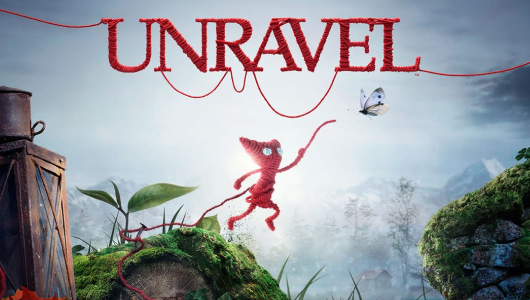 Unravel is about a ball of animated yarn that can steal the hearts of its audience. Combine this with a studio that seems driven by people rather than profit, and this game immediately sticks out.

At least, this is what happened at E3 2015. “Yarny Guy” (otherwise known as Martin Sahlin, the Creative Director at Coldwood Interactive) presented Unravel at the EA Conference looking refreshingly nervous. Unlike the usual well-rehearsed and bold presentations, Sahlin gave viewers something that felt more genuine.

This has only helped market Unravel, which stole the E3 show – a game “born out of the need to create something more personal: with a heart.” Unravel is undoubtedly a heartfelt adventure. It follows Yarny, a red bundle of wool that unravels as he moves. From the quaint opening, Yarny appears on a quest to collect the memories of the elderly woman that created him. This means venturing into the great outside. 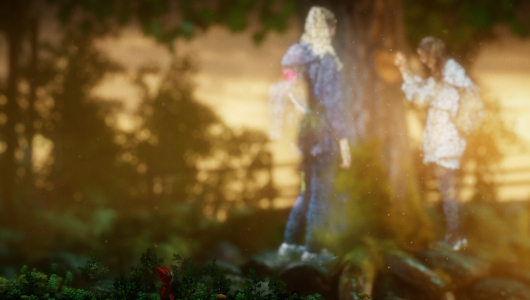 According to Martin Sahlin, the red yarn ‘represents love and the bonds that we make.’ The sentiment of Unravel is certainly palpable and ever present. After each level the player returns to a homely hub world and unlocks new photographs in a photo book, which becomes meaningful the more you get to know it. The memories you uncover are of family treks amongst nature, and tiny hints of Yarny exist within them. Photos of the children holding red yarn, a woolly butterfly memento, a wrapping of thread stuck to thistle… Yarny feels like a character that exists in this family life, and his story is connected to theirs.

Whilst playing through each level you’re often reminded of Yarny’s limits. Finding a solution to the obstacle before you is not all that’s needed in order to progress; it’s about puzzling out these problems using as little yarn as possible. On plenty of occasions I figured out the answer to the puzzle Yarny faced, only to find he was unraveled all over the screen with no reach left. Puzzle games are often about trial-and-error, and Unravel provides a new variable to keep in mind when playing – efficiency. 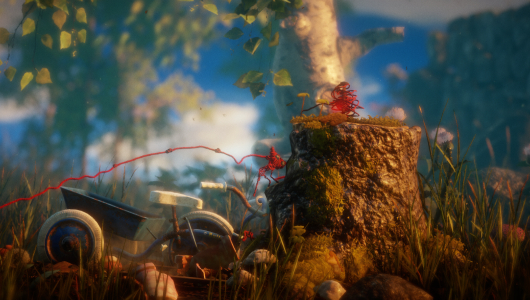 As a protagonist, Yarny is unable to convey emotions in the typical sense – he does not have any real facial features and he cannot speak. In fact, Unravel has no dialogue at all. Thankfully, Coldwood Interactive has communicated through other means. Unravel’s soundtrack gives the game its identity. Its distinctive sound has a wonderfully Nordic vibe that makes it stand out from the start. The ambience of the game’s changing environments and tone are felt most potently through this, and the Swedish influences are clear. 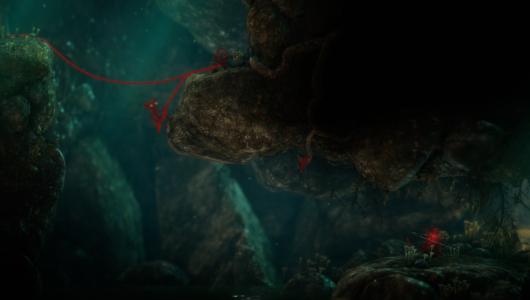 Despite this lack of dialogue, Yarny becomes a personality in the game. Perhaps this is because it is his task to connect the dots, to forge connections literally and emotionally. Small touches, such as him gazing around or folding his arms humanize this little figure. It is easy to get swept up in the magic and see the outside world with the same innocence and wonder that Yarny exhibits.

Unravel is certainly thought-provoking, and Yarny’s uniqueness makes the gameplay much more refreshing. However, there are puzzles that seem much less polished than others, mostly the smaller obstacles that prevent you traversing. One example involves you leaping across a trail of rolling barrels in order to reach the opposite bank; my Yarny seemed to be doing quite well until he somehow became sandwiched in a gap between two moving kegs. There’s not much skill to these obstacles other than repeatedly pressing the jump button until you arrive at safe ground – Yarny will often fall clumsily out of action whilst facing some of the physics-based obstacles, and crossing them is mostly about luck and button-mashing. 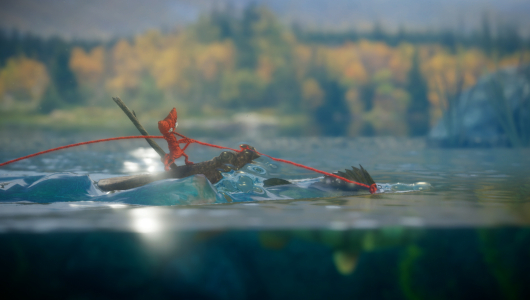 These deaths are quite unpredictable. It is a little startling when Yarny plops into a deep puddle and cannot grapple his way out fast enough. He might be made of wool, but his mortality is obvious! He can fall prey to all sorts of natural dangers, which distinctly lowers the tone of this sweet adventure. The level ‘Off the Rails’ introduces new terrors – fast-paced machinery and manmade dangers make it difficult to feel invulnerable. Unravel’s tone darkens as you travel further into the game, and the player’s empathy for Yarny also deepens when he is cowering in the cold, running in fear from giant cars rushing by. This is definitely a positive; Unravel provides greater depth than other visually-stunning side-scrollers, and there are plenty of them. 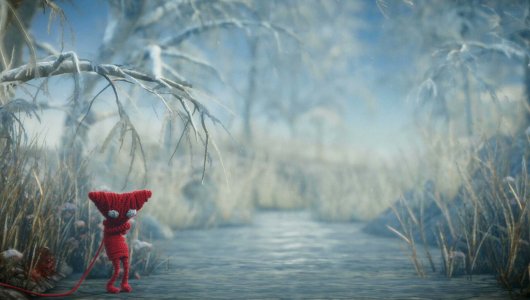 Unravel is ideal for those seeking ambience and a distinctive method of storytelling. New levels provide new direction in environment and tone, yet there are consistencies: Yarny is wonderful, and this game is enchanting.