2015 was a fantastic year for video games. We were given dozens of stellar releases from every genre imaginable. Including the subject of today’s discussion, open world games. Again, these range in scope from the epic RPG worlds of the Witcher 3 to the slightly more conservative explosion happy sandboxes of games like Just Cause 3. All of these games provide dozens if not hundreds of hours of content for players wanting to get the most out of their money.

I used the word ‘content’ in the previous sentence because there’s a difference between actual gameplay and the nebulous experiences provided by many open world games. Ubisoft’s recent titles in particular are the standard bearers for in game tat, forcing players to climb endless radio towers and scour their bland maps for trinkets that provide absolutely nothing in the way of gameplay. Its mindless busy work, designed to do nothing other than kill time and justify the ever growing budgets of AAA titles and their graphics engines rather than putting that energy into creating things that take effort or skill to produce. And even the games that have plenty to do and see, and moreover have interesting things to show and be done, like the Witcher 3, are not immune to it. Faced with the prospect of grinding or exploring for hours upon hours many gamers tend to feel a sense of palpable exhaustion. But there is a simple solution to a game getting you down. Stop playing it. 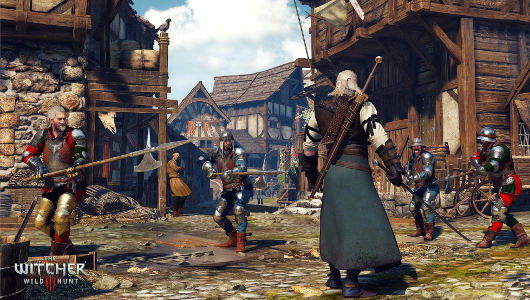 The soldiers reacted poorly to being told that they should complete their own fetch quests.

This may sound like slightly patronising advice, but I’m wholly serious. If a game has reached such a level of tedium that the thought of playing it no longer fills you with excitement then take a break. There are mountains of games that I’ve abandoned because they dragged on too long or I had no pressing reason to continue. But coming back after a period of absence really does make the heart grow stronger. I put over 20 hours into far cry 4 on my first go round, then left it alone for a few weeks and now coming back it seems like a fresh experience.

It seems that more developers are taking note of this as they design games. although plenty of multiplayer games demand countless hours sacrificed on the altar of their progression system, games like Destiny (and many of the MMOs that came before it) are structured in such a way that the player can come back to them for a quick hour every other week to keep their character progression going.

This became especially clear to me as recent changes to my work life have meant free time is at a premium. There are only so many hours in a day, and given that I like spending a third of them asleep, with even more expended on cultivating human relationships and eating delicious snacks videogames often take a back seat. And I actually feel as though my connection to the games I play have strengthened because of it. Whereas during my student days I could happily blow upwards of 50 hours into Mass Effect 2 over a week with no consequences, every one of the precious few hours I get to spend playing Bloodborne drags me deeper into it. And rather than expending hours playing Fallout 4 even when the gameplay has become a little tired, I can come back sometime over the next couple of weeks and it’ll suck me right back in.

I never finished GTAV because as much as I enjoyed the bombastic main story and lost myself to the depth and polish of the vast world I reached a point where I’d put all the time I wanted to into it. I immensely enjoyed my time with it, but I doubt I’ll go back. 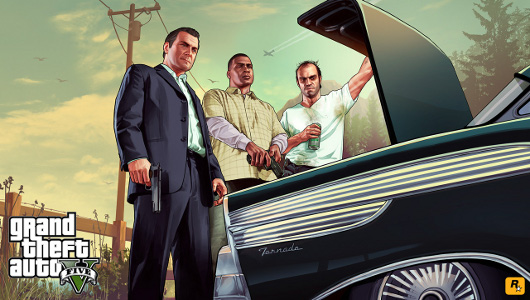 I’m sure something really interesting happened next, but I truthfully have no idea.

Ultimately there’s a difference between being finished with a game and completing it. Just because you’ve not gotten all the way to the end of the main story line doesn’t mean that you have to force yourself to do it. Whether you consider games to be art or entertainment, the things that make them truly special is the way that you interact with the. This includes the amount of time spent on them as well as what activities you play most and what choices you make in the story. Especially in open world games where the games are presented as a toy box for you to play in to your hearts content. I spent time in GTA V exploring, getting to know the locals and immersing myself in the world of Los Santos, but the story and characters really weren’t very interesting so I feel pretty much no curiosity about how they end up. I’m sure it’s probably very compelling.

It’s not a perfect system of course. videogames are expensive, and if you have to spend your disposable income for the month on only one title then of course you’re going to want to get your money’s worth. And I’m not going to deny that there is a certain satisfaction from strip-mining a game of every last knickknack and doo-dah. But there’s also a lot of frustration, and if you feel as if your precious time is being wasted then there’s a decent chance that it is. Why not go outside, smell the flowers and feel the wind on your face? Ok, maybe I wouldn’t go that far. Maybe just take a five minute break and get some more snacks. Kyrat, Los Santos and Novograd will still be waiting for you. It’s just a game, after all.