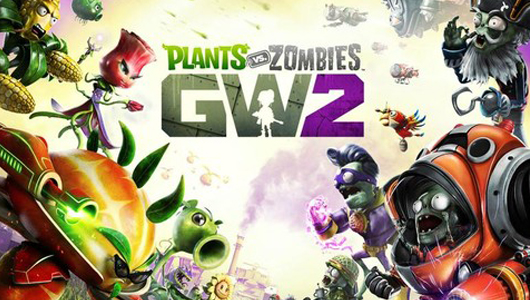 As the doors of EGX 2015 had opened and the majority of the crowd made a mad dash for the big AAA games, that promised to have several hours long lines later on in the day, I had found myself heading further into EA section of show, ignoring the growing by a second Star Wars Battlefront queue, to see the game that I already knew I was going to buy anyway – Plants vs. Zombies: Garden Warfare 2.

Plants vs. Zombies was one of the few games that hindered my travels from work home, as preoccupied with pea-shooting zombies, I kept missing my trains. When in 2014 a mobile tower defence game was suddenly transferred into third person shooter, I will be honest, I lost interest. That is until, someone sat me down on the sofa, loaded the co-op mode of Plants vs. Zombies: Garden Warfare and Sunflower that seconds ago obliterated a group of zombies with its sunbeam, has reloaded her weapon by tilting her head up and making the cutes ‘Ahhh!’ sound in the world. The mixture of extremely satisfying shooting and exploding abilities along with adorableness of the game, sold me on the concept then and there. 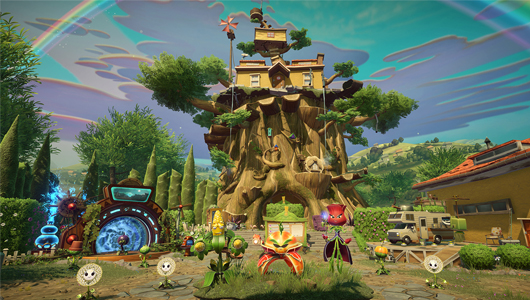 The Plants vs. Zombies: Garden Warfare 2 demo at EGX was a 4 player co-op against AI mode, introducing 4 new zombie classes.

Imp and Z-Mech, clearly inspired by Titanfall, is probably my favourite class so far. Imp is small, fast, can double jump and has two automatic Imp Blasters. At first this character might feel a bit squishy, however, as soon as the Z-Mech is called (through a walkie-talkie!), he becomes a dangerous opponent, able to stamp plants on its path. Essentially with one character, the player gets two separate classes with their special abilities and double the fun. Also it is worth mentioning, with the game pre-order Z-Mech upgrades to Z7-Mech by Grass Effect, inspired by Mass Effect. This might be silly, possibly even cheesy, but I want. It is awesome. Coolest. Mech. Ever. Just admit it! 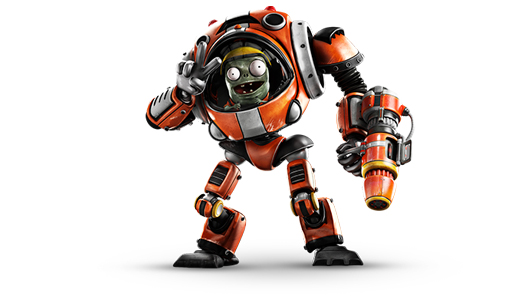 The close second favourite class is Captain Deadbeard, a zombie pirate, who might be limping around the battlefield, but he has a few tricks up his sleeve. Frankly, all of Captain Deadbeard’s abilities are incredibly humorous. Starting with a Parrot Pal flying high around the battlefield, or the Captain himself jumping on top the cannon rodeo style and completely obliterating everything around him, or, finally, him hiding inside the wooden barrel to jump out as the barrel explodes.

Zoologist is the healer class. He also has a koala riding on his back, snaked wrapped around his leg and a meerkat seating on his head… he just might be the mad scientist type. However, apart from his eccentric appearance, Zoologist abilities are quite average. I also suspect, that he will become a more of an important character further on through the rounds. First 5 rounds of Plants vs. Zombies: Garden Warfare 2 demo were not very challenging to need a healer. Also Zoologist’s abilities, for example teleporting, would be more useful when escaping from tight corner surrounded by strong enemies, and so his full potential did not shine in the demo. 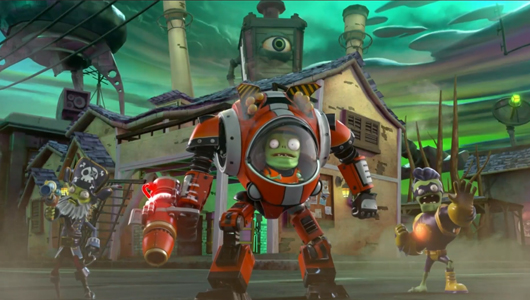 Finally, we have Super Brainz, a cross between a super hero and the 80s action star. While I can appreciate his cheesy look and confident bouncy walk, it is his weapons and abilities that leave me wanting something else. Super Brainz is most powerful in melee, while his Super Ultra Ball is not as impressive as it sounds. It is useful to have a tank in the party, but I will have a mech over a superhero every time.

Except for the new zombie classes and the introduction of Giga Torchwood, a spitting blue fames plant boss, Plants vs. Zombies: Garden Warfare 2 demo looked and felt very much like a mode from the original game. The demo was part of the Graveyard ops, which is simply the inverse of Garden Ops – instead of zombies attacking the plants to destroy the garden, plants attack zombies to destroy the graveyard. The players had to survive five waves, culminating with in the boss fight with at least one Giga Torchwood and then run through the hoard of enemies to the escape point. 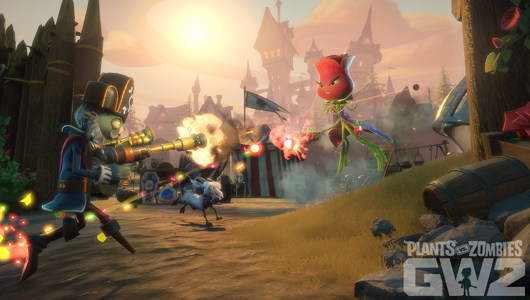 However, these similarities are not a bad thing. Plants vs. Zombies: Garden Warfare was such a great, polished game already, and all I wanted was just more crazy weapons, classes and abilities, which PopCap seemed to have delivered on. From my little taster at EGX, I have a feeling that Plants vs. Zombies: Garden Warfare 2 has build up on the previous game to bring on more humour,  more crazy ‘shooties’ and more ridiculous fun.