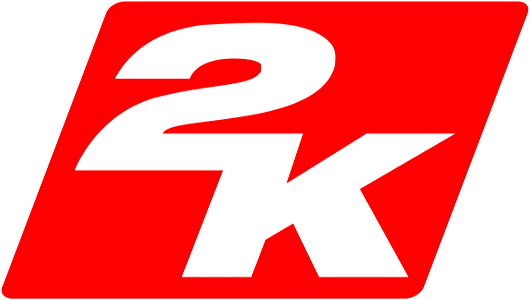 At this year’s gamescom, Big Red Barrel was invited to preview Battleborn and XCOM 2. We started off with a presentation for Battleborn by Gearbox’s CEO Randy Pitchford. During this presentation we got some backstory on the single player mode and four new playable characters where unveiled. After that we got to play a five player coop mission, but due to some technical issues and me running out, our team couldn’t finish it. The reason I had to leave the hands-on session was XCOM 2, as we got to see some new footage of the game. My thoughts on both of these game can be read right here. 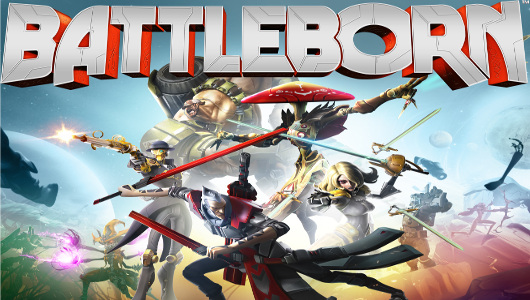 Before I went to Gamescom, I didn’t know much about Battleborn. It’s a MOBA from Gearbox, the makers of the Borderlands series. Knowing only this, my expectations weren’t the highest. I’m a massive Borderlands fan but don’t care for MOBAs. Surprisingly the presentation by Randy Pitchford focused more on the single player elements of the game. The premise of the story is actually quite cool and explains why all these different people are fighting each other. The story revolves around the last star in the universe, the others ones died. This leads to several different factions and races flocking to the star. There are nature loving space elves, evil fascist space-vampires, a union Pitchford compared to the United States and several other factions. As all of them have different ideas about what to do with this last star, they naturally fight it out. This is where the player comes in. He is one of the Battleborn, the mightiest warrior of each faction, the game will have 25 different ones.

Four new heroes were unveiled during gamescom: Benedict, the bird-man with a bazooka, Ambra, the Egyptian-y sun priestess, Mellka, a spell-slinging space-elf and Reyna, the roguish pirate. Pitchford showed some gameplay with each of the characters and talked about their individual backstories a bit. He also showed off some of the developer’s tools used by Gearbox, to show more of the characters abilities and gave the journalists a glimpse at the game development process. 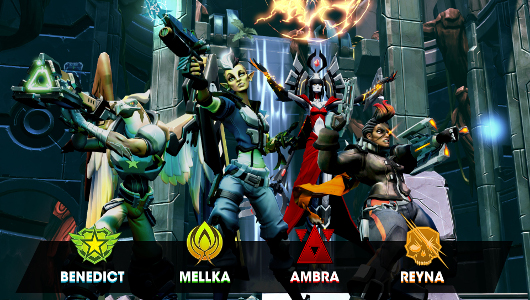 The levelling system in Battleborn is similar to other MOBAs. Characters level up during matches, as soon a new match starts the level is reset. Surprisingly this is also the way it works in the single player, as far as I worked out. Each hero will have a double-helix skill tree. On each level-up they choose from one of two skills. Each of these strands is a way to play. Let’s take Reyna, the space pirate. Her strands are called Squad Leader and Lone Wolf. The former is geared towards her buffing and supporting her team mates, the latter makes her stronger and more independent on the battlefield. It’s important to note that you can mix those skills, maybe you want to buff your team a bit, but also have more damage output. This allows you to build the character you need for a specific situation.

Reading this you might be worries that this will get old pretty fast. I had the same fears, but then Pitchford talked about the loot system and some of the meta-game mechanics. When playing the game you will find loot. You can equip three pieces of it and improve and customize your heroes. In the screen we saw you could take three pieces of loot with you. It could be an item like a grenade or a buff for yourself. The items have different kinds of rarities, so you’ll always have that precious grenade to search for. 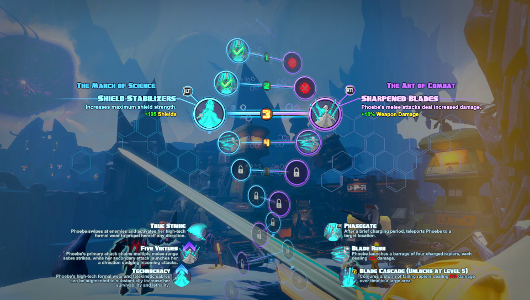 After a 30-minute presentation we actually got to play a five player coop mission of the game. As we played an unfinished version and conventions are always a bit crazy, we had a problem with our demo that meant we had to restart the mission. Because of that we didn’t have enough time to actually finish it, but we could play two heroes, which was actually pretty cool. On my first go-around I played as Orendi, a four-armed witch. She could dash away from enemies and cast an area of effect spell. Playing her I was mostly on the offensive and always down where the action was. The second time I choose Marquis, a robot butler. He could make a slowing time bubble, send his robot owl to attack enemies and shoot foes with his sniper rifle. With him I was more in the distance just sniping at enemies and occasionally sending my owl out.

The objectives in the demo were fairly straight forward. We had to capture an area, defeat a boss and then escort a big robot across the map. We caught some bits of the story but didn’t pay much attention to it. The presentation of the story was very reminiscent of the Borderlands series, as you only had a head in the upper right corner talking to you. 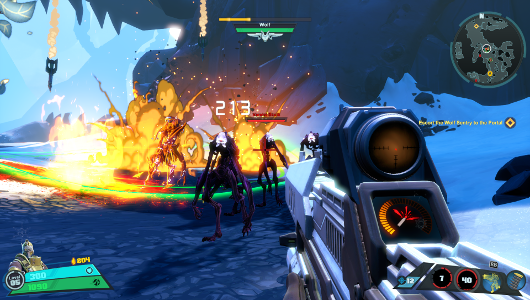 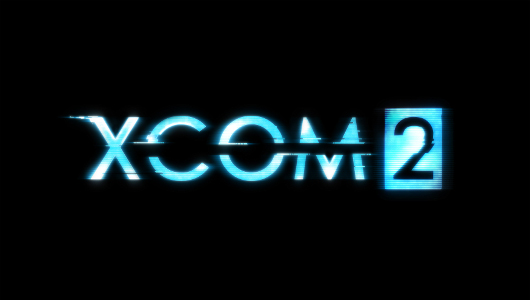 After playing Battleborn, I rushed to the XCOM 2 presentation, luckily it was two doors down. The presentation itself was actually pretty underwhelming. 2K only showed a 20 minute video. In it we got some insight into the XCOM’s new base: The Avenger, a repurposed alien transport ship. We also found out that you are playing the same commander as in the previous XCOM game. The aliens put him in stasis and he’s rescued by the resistance 20 years later, this is were the game begins.

Managing your resources seems to be the focus on the Avenger. XCOM has limited personnel. You have to manage it and put them where they are needed the most. We also got the first look at the new Heads of Engineering and Science, respectively. The former is the daughter of Shen, the Head Engineer in the previous game. She’ll build all the gadgets and weapons you’ll need to fight the aliens. The Head of Science is a former member of the Advent government who now works with you. He’ll research more technologies for you. To speed up projects you can assign more personnel to them. You also have more control over your recruits. Rookies won’t change into a random class anymore. On the Avenger you can train a rookie to be a certain class. I think this is a great mechanic, as you’ll have a more even team and not 3 support characters that won’t ever get sent into the field, as you need more heavies at the moment. 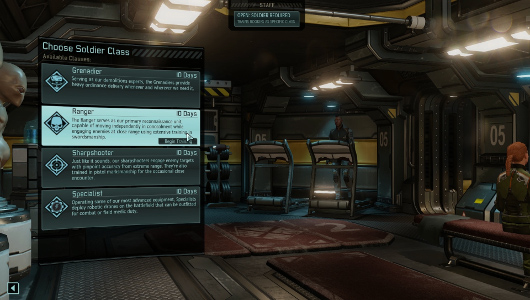 A feature I’m incredibly excited about, are the improved customization options. XCOM 2 will give you more options to customize your soldiers. You are able to change lots of different parts of their armour, patterns on armours and weapons as well as cosmetic options like tattoos and scars. Weapons can now be upgraded as well. You put scopes or expanded magazines on them. This does not only affect the stats of the gun but also its visuals.

The presentation also showed, what you’re going to do with the Avenger. It flow to Western Europe to make contact with the rebels there, in order to get some supplies. This is presumably also how you go on missions.  The presentation ended with something quite unexpected. The Avenger got shot down by the alien government troops. 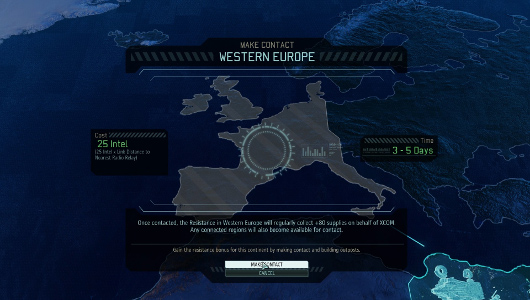