Who would have guessed that the first big game of 2015 would get the year off to such a good start? Techland’s latest open-world zombie horror title borrows a lot from its predecessor, Dead Island, but manages to incorporate enough new material to set it apart. Many of the other opinions I’ve read conclude that the game doesn’t do anything new for the genre – which is difficult to argue with – but I have always maintained that if you are going to re-use features and mechanics from other titles, you take from the best and you make sure you do it as well, if not better than before.

So how did Dying Light do?

The score probably gives it away but Techland’s latest succeeds in a number of ways – the first being its story. One of the main criticisms levelled at Dead Island was its mediocre plot. People had been sold on the fantastic pre-launch trailer and when none of that materialised in-game, the proverbial pitchforks came out.

Dying Light starts with a brief but exhilarating opening that sets the scene for the rest of the game. You are Kyle Crane, an undercover operative of the Global Relief Effort (GRE), sent into the quarantined city of Harran. Your mission is to locate a local politician, Kadir Suleiman, and retrieve a stolen file he has, which could cause a catastrophe if made public. When you parachute into Harran, you immediately come under attack from the city’s ‘infected’. Saved at the expense of someone else, Crane’s mission almost immediately takes him into a moral grey area as he must balance his job with helping those who helped him. 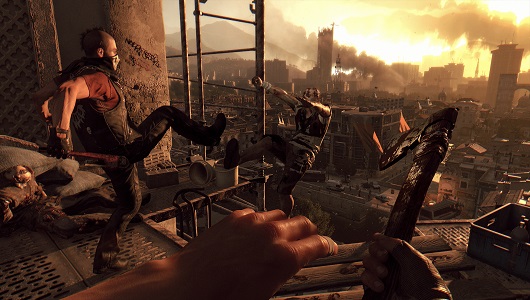 The story is genuinely gripping in those opening minutes and manages to keep you hooked throughout. While some of the plot elements end up as you would expect (you’ll know them when you see them), there are enough interesting characters to meet and plot twists to keep things fresh. This is all helped greatly by the wonderful performance of Roger Craig Smith as Crane, who adds to every one of the game’s action beats and character moments.

Even the city feels like a character at times. Harran seems to be an amalgamation of a South American and Middle Eastern city, with two main sectors. You are first dropped in the Slums, a vast landscape of skyscrapers and shanty towns. Eventually, you will reach Old Town which has an almost European flavour to it. Everywhere you go has new opportunities for you to explore – in fact, whether the game has the largest map size ever is immaterial when you take everything in the city. The entire place is just so full of places to visit and things to do.

Which begs the question – what do you do? The reductive answer is complete quests, gather resources and survive. However, there are plenty of intricacies thrown into the mix. Firstly, the game operates on a day-night cycle. This is not just to show off Dying Light’s stunning visuals, but also to incorporate a vital game mechanic. 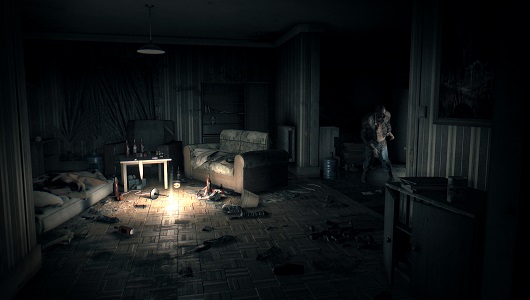 During the day, zombies are relatively docile. You have the basic Eaters, who shuffle slowly towards you and the Virals, more recently turned, who can run after you. Both are easy enough to dispatch or avoid. At night however, not only does it become nigh on impossible to see without a flashlight, but far more dangerous Volatiles come out to play – giant, vicious and quick. While you may be tempted to wait out the night time in favour of daylight travel, venturing into the night doubles the experience you earn.

Experience is another vital component to the game. The game splits up its progression tree into three distinct parts – Survival, Agility and Power:

As you play the game, you have the freedom to take on situations as you see fit. Stealth works well when you are trying to avoid confrontation but is made more difficult be the fact that zombies and human enemies have good eyesight and there is no way to stealth kill easily – at least at the beginning of the game. Running away from or around enemies is also a valid approach. They even give you a button to look behind you in these situations but I was always too scared to use it! Finally, going in guns blazing is available to you, but not for long as ammunition is hard to come by. Also, using guns tends to become a last resort as their noise often ends up attracting Virals. Melee weapons are far more plentiful but as mentioned above, they degrade with use. 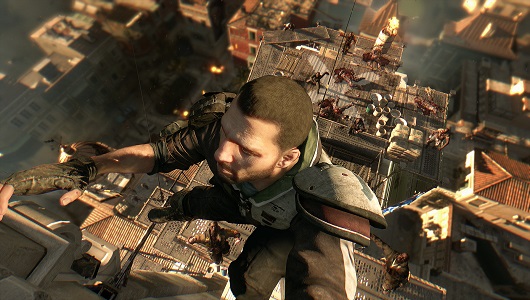 Scavenging for items helps here as you can often repair your weapons with what you find. Discovering blueprints also allows you to add far more devastating effects to them by upgrading them. Techland seem to have had fun here as there are some truly imaginative combinations available to you.

Outside of the straight-forward mission structure, the only other element of the game that added a bum note to proceedings was the glitches I experienced during game-play. None of these were game-breaking bugs, but when you see NPCs in the middle of a bite animation with no undead about or characters gliding around the environment without moving their legs, immersion is certainly broken quite quickly.

Thankfully, this did not ruin the enjoyment of the game as the online features are truly well-implemented. The co-operative options allow you to play through the majority of the game with a partner or three, with the only exceptions being the beginning and end of the game. The “Be The Zombie” mode is fairly self-explanatory – it allows you to step into the shoes of the undead. You control a Hunter – a form of zombie with some special abilities that make it a much more formidable adversary than the other enemies in the game. They are much faster than the average zombie and are capable of tracking humans with their special tendril. It is a lot of fun stalking your prey and pouncing on them from the darkness. Whoever it was at Warner Bros. or Techland that decided to include it as part of the main game rather than DLC deserves a medal. 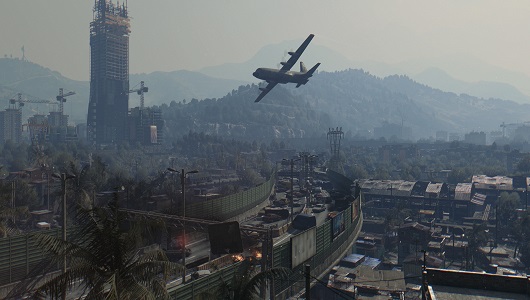 A well-written, engaging story with genuinely interesting characters
An excellent implementation of parkour and satisfying combat mechanics
Well-implemented co-op, with an engaging Be The Zombie mode included too
The mission structure can be a little formulaic
Minor glitches can break immersion in an otherwise tense game

I must admit that I was not expecting much from Dying Light. I was never overly enamoured with Dead Island to begin with and the genre didn’t interest me. However, Techland have delivered on the promise originally made when they were developing its predecessor – they may well have re-used a number of elements from other games, but Dying Light does succeed in equaling or bettering those titles.