Preview: War for the Overworld

Growing up in rural Ireland meant that my PC gaming was restricted to sampling demo disks on my older brother’s desktop, which was bought for his college work. With no Internet access, I had to rely on my mother bringing home the disks from unsold PC magazines. She worked at a supermarket and the disks would have been thrown away otherwise.

That was how I got my first taste of dungeon management games. Now, after a long absence, Subterranean Games are returning to the genre with War for the Overworld.

Originally coming together as a group of modders and enthusiasts of the dungeon management genre, Subterranean Games set out to create a genre entry that played like they remembered. Working in their spare time on the project, War for the Overworld eventually got to the stage where funds were needed to complete the game, so a Kickstarter was launched and subsequently funded.

At a recent press event in London, I got to go hands-on with the game. Utilising a new build that was created for the event, the game had all the latest updates the team had implemented. My play-time began with an opening tutorial that set up the narrative of War for the Overworld as well as the basics of the game-play. 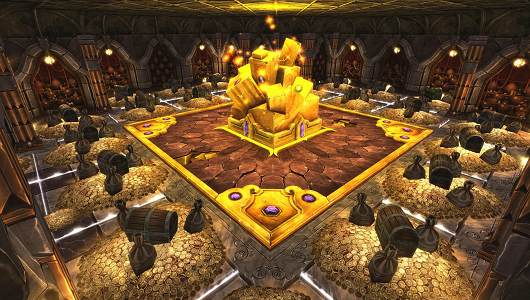 Putting you in the non-existent shoes of a long-forgotten Underlord, you are tasked with rebuilding your former dominion and taking over the Overworld. Accompanied by a malevolent figure who teaches you the basics of the game, you are introduced to your primary concern in the game – your dungeon core. The focal point of your power, it must be protected. In order to do so, you and your minions must build and grow your dungeon.

As well as outfitting your dark abode with the necessaries, like bunks for your creatures and slaughter pens to keep them all fed, you must also source gold to keep your finances in order and your workforce sufficiently paid. After that, the game gives you multiple rooms to build, sins (spells basically) to research and enemies to defeat. Managing your dungeon becomes the next task – as your minions do your bidding, more and more rooms will become available. Building an Archive draws Cultists to your domain, allowing for more sins to be unlocked. Setting up a barracks allows you to train more fierce creatures to help defend your dungeon. 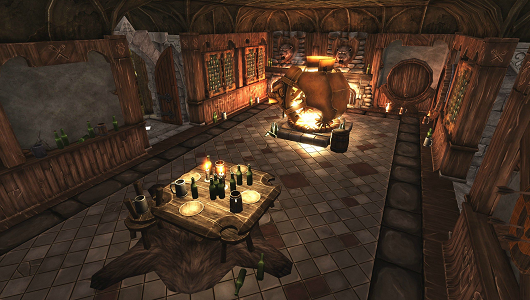 Currently, the game features a number of modes to delve into. The campaign takes you through the story and teaches you how to use the various options at your disposal. Skirmish allows you to tussle for dungeon-dominance on a map of your choosing against some tough AI opponents. The sandbox mode allows you to play around with the game’s various options in a risk-free environment. Each one offers its own take on the core game mechanics and should educate you enough in its minutiae to make venturing into the multiplayer mode more forgiving (which I was not able to try out in this build). 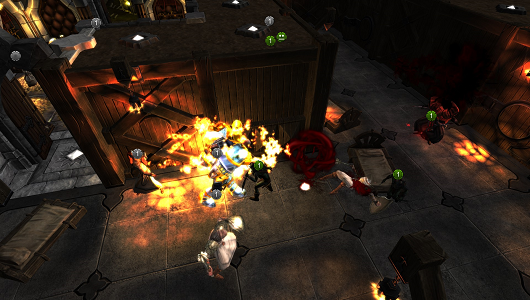 By the end of the first two levels I felt I had a handle on the game’s inner workings. The pace of the tutorial was good and felt appropriate for an under-used genre. By the time you begin the main portion of the story, you will know your way around the various menus and once combat begins, you will be well able to handle the human menace.

By the end of the event, I was quite impressed with the game. Despite the fact that this was an early build from a small group of developers making their first game together, the depth of the game systems and overall presentation on show was outstanding. If you yearn for an old-school dungeon management game with modern trimmings, look no further than War for the Overworld. 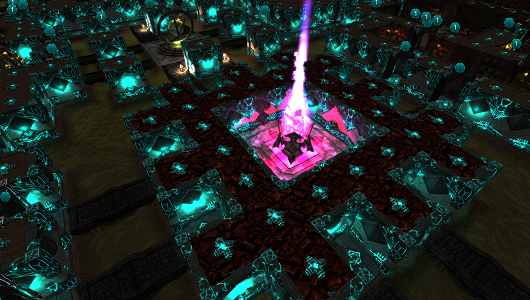