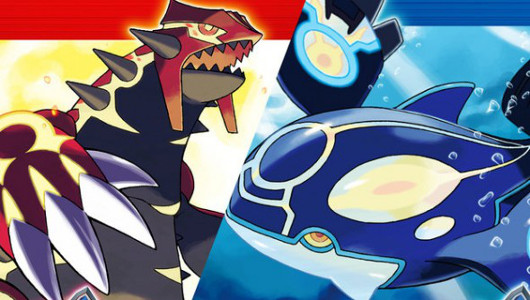 It’s insanity to think that the original Pokémon Ruby and Sapphire released over a decade ago. However, many people never got to experience them when the Pokémon craze died down for a time at the turn of the century. The original games are held in high regard as some of the best in the series, and Nintendo have now seen fit to remake the titles for the 3DS using the same engine as Pokémon X and Y. Whilst these remakes will be a breath of fresh air for newcomers, veterans of the series may find some of the changes that have been made are unwelcome or unfaithful.

Pokémon Omega Ruby and Alpha Sapphire follow the same story as Pokémon Ruby and Sapphire to an extent. The games are not full blown remakes right down to the pixel, with a number of new additions and gameplay mechanics added in as the series has evolved over the past decade. The story is just as you’d expect from a Pokémon game; young child leaves home on a journey to collect and train a variety of Pokémon, defeat eight gym leaders, conquer the Pokémon League and stop a villainous team from using Pokémon for malicious deeds along the way. The basic gameplay is no different from that seen in any of the main series Pokémon games, old or new. If you’ve played Pokémon before then you’ll know what’s going on here.

The villains in question change this time around depending on which game you’re playing as well as the main legendary Pokémon they are attempting to capture. Omega Ruby players will need to contend with Team Magma and their goal of capturing Groudon to expand the land. Alpha Sapphire players on the other hand will have Team Aqua and their plans on capturing Kyogre to expand the ocean to deal with. There are only minor plot changes depending on which version you play and there are certain Pokémon that are exclusive to each version to encourage trading with other players – a staple of the series. 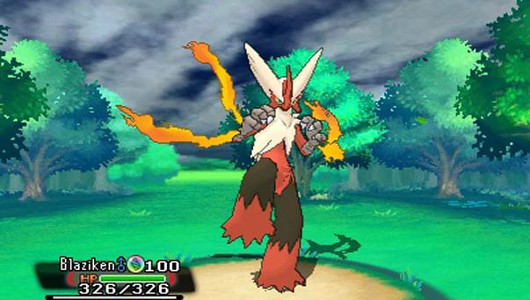 The main difference when comparing the story to the original Pokémon Ruby and Sapphire is the addition of Mega Evolution – a mechanic introduced in last years Pokémon X and Y. Many trainers can utilize Mega Evolution this time around, including the leaders of the villainous teams and your numerous rivals. It also changes the plot from the original games due to the feature legendary Pokémon – Groudon and Kyogre – being able to undergo a change called Primal Reversion. Whilst not technically Mega Evolution, it is explained in detail and expands on the premise set out in Pokémon X an Y that Mega Evolution is not fully understood yet. There are many comparisons drawn – particularly in the endgame – to events that played out in Pokémon X and Y, giving a sense of continuity to players who played those games.

The changes to the story are interesting and are indeed welcome. Some veterans of the series might be upset by how much the games have changed from their original counterparts, and indeed the gameplay can suffer to an extent too as the Primal Reversion Pokémon are monstrously overpowered for their own good.

A new feature is the ability to use the legendary Pokémon Latios or Latias to fly through the sky above Hoenn whenever you like. This means you don’t need to have a Pokémon with the ability to fly in your team at all times if you need to get across the region in an instant. You can also land at key locations and on different routes connecting the world together instead of just in towns and cities this time, it saves a massive amount of time. In the endgame you also have the opportunity to encounter lots of other legendary Pokémon at different times of day when you fly to “mirage spots”. There’s a good mix of Pokémon from all of the different generations to capture, allowing you to truly “catch em’ all” if you really want to. 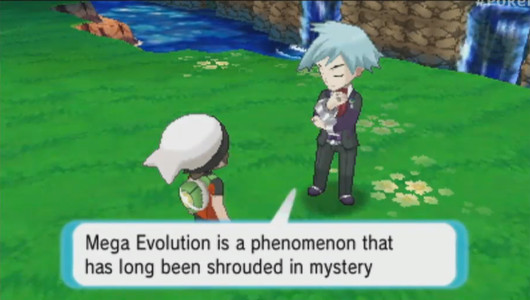 Pokémon Omega Ruby and Alpha Sapphire add 20 new Mega Evolutions to the mix on top of those that were already available in X and Y. These include the likes of old favourites such as Slowbro, Pidgeot and Beedrill up to much more recent Pokémon such as Audino and Diancie. After completing the game you also unlock an endgame story called the “Delta Episode” which explores the origins of Mega Evolution and how it is related to the legendary Pokémon, Rayquaza. The only downside to these new evolutions is the inability to transfer them back to Pokémon X and Y. Nintendo have said there are no plans to patch the games to support this either, which is slightly disappointing.

There are features of gameplay returning from Ruby/Sapphire as well, such as Secret Bases – which haven’t been seen in Pokémon games since. Secret Bases allow you to customize your own unique living space however you see fit, you could even turn it into your own Pokémon Gym if you’d like as you can share your base with friends and with the world if you are connected to the internet. You can ask your friends to join your base too, allowing you to find them all in one place to battle with at any time. It’s a very nifty feature that was a lot of fun ten years ago in Pokémon Ruby and Sapphire and which has now become fully realised with the integration of online features on the 3DS.

Also returning from Ruby and Sapphire are Pokémon Contests. These won’t be for everybody and – just like in the originals – become slightly repetitive after a while. You can enter your Pokémon into a series of different contest formats such as Cool, Clever, Beautiful and Tough to name a few. By teaching your Pokémon moves which fall into these categories you can earn appeal in contests and try to outperform your opponents. There’s no real benefit to it, but they can be an interesting distraction from your main quest and from battling for a while. 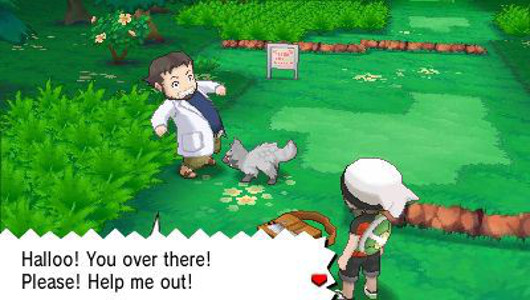 There’s a lot to see and do even after the credits have rolled in Omega Ruby and Alpha Sapphire. There’s the battle resort where you can challenge very tough opponents, you can hunt down all of the Mega Stones, catch Pokémon you’re missing and – most importantly – challenge Pokémon Trainers to rematches whenever they’re ready. The ability to rematch trainers by itself is enough to keep you hooked to the game after you’ve finished it as they also progress in level as you battle them. The touch screen on the 3DS will also notify you when there are trainers on a specific route ready to battle you in addition to letting you know if another players Secret Base is nearby and also allows you to check if you’ve caught all of the Pokémon in a specific area. You can also access the online features from the touch screen, allowing you to easily trade and battle with other people without any fuss.

One gripe that I have is the inability to customise your player avatar like you could in Pokémon X and Y. Everyone keeps their default appearance and chooses a persona to battle online as, such as Ace Trainer, Beauty or Youngster to name a few. It’s a shame, as the customisation allowed players to look and feel unique to and extent in Pokémon X and Y.

Due to the fact that Pokémon Omega Ruby and Alpha Sapphire are running on the same engine as Pokémon X and Y you’ll immediately notice that the game looks gorgeous. There has been an increased focus on dynamic camera angles to really show off the Hoenn region in all of its glory. The grid based movement system seems to have been tweaked from X and Y too, using the thumbstick feels a lot more natural this time around and a whole lot less clunky. However, one of the biggest technical shortcomings of X and Y is back in Omega Ruby and Alpha Sapphire and it seems to be even worse than ever. 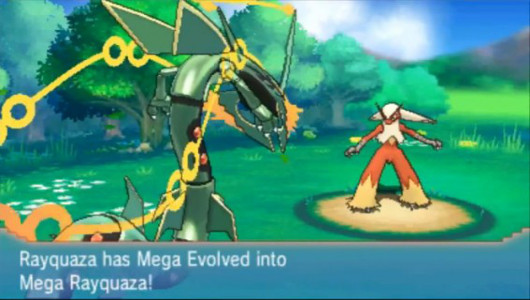 Turning on 3D during battles absolutely decimates the framerate. There’s no easy way to say it, but you’d be just as well leaving 3D off entirely as it renders the game almost unbearable to play. Even when the 3D is turned off however, there are still noticeable drops in framerate during battles which occur in the same places as they did in X and Y. It’s a little disappointing that the games weren’t optimised to prevent these problems. They’re few and far between, but they’re noticeable and they’ll more than likely get on your nerves.

One of the best parts of Pokémon Omega Ruby and Alpha Sapphire however is the remastered music selection. All of the music from ten years ago has been completely overhauled and a lot of it was able to send a shiver down my spine due to the nostalgia factor. The rival battle theme, the Team Magma/Aqua boss theme and the Groudon/Kyogre battle theme are among some of the most memorable and it was great to hear them again.

Pokémon Omega Ruby and Alpha Sapphire are fantastic remakes of two of the best games in the Pokémon series. They stay true to the original games, whilst adding a new layer of story and gameplay with the addition of Mega Evolution and the new Delta Episode in the endgame. It’s a great time to revisit the Hoenn region if you’re a veteran of the series and if you never got to take the journey the first time around then there’s never been a better time to do so.