Zombies are here to stay. No matter how much you might hate them, they appear to be everywhere in popular culture – and despite cries of frustration from many, they do not want to go away. While Eko Software’s latest iteration on their survival game How To Survive makes good use of the recently deceased as an element in their game, I cannot say that I am any more enamoured with them.

How to Survive: Storm Warning Edition is an enhanced version of the title that hit Steam, PSN and Xbox LIVE last year. Now, the game is being re-released with six different DLC packs included in the package on the latest consoles. The premise of the game finds you recently stranded on a deserted island – at least, that is how it appears initially. Quickly though, you find another survivor who gives you a brief update on your situation. Creatures exist on the island and they have a taste for flesh. Your first mission is to find a comrade of his.

Once you find this person, after trekking through a dangerous section of woods with only a wooden stick for protection, you learn that the group these two are a part of are trying to survive long enough to find or make some form of transport to get them off the island. As both survivors are injured, you begin to pick up tasks to achieve this goal – all the while trying to survive by foraging for supplies and keeping yourself fed, hydrated and healthy.

So begins How to Survive: Storm Warning Edition – the game’s various facets are explained to you through manuals you find dotted throughout the wilderness. Created by a long-time survivor with a rather colourful character named Kovac, the manuals are helpfully named How To Survive. One of the first lessons you learn is to gather as many supplies as you can by day – because at night, the islands’ natives become far more aggressive and you will need to hunker down. 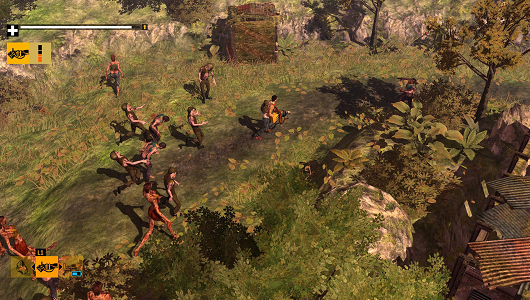 The tone of the game mixes some B-movie fun with the survival horror tropes we know and love from series like Left 4 Dead. The aforementioned Kovac gives his manuals a sense of humour, with the illustrations used to show off the various techniques he talks about providing a few wry grins. However, there is also real tension in the game. The zombie threat is sizeable, but most of the challenge will come through trying to source supplies and a place to stay at night.

When you start the game, you must first choose a character. There are four survivors to choose from, Abby, Nina, Jack and Kenji. Each person has the same core skill-set but are differentiated by a single unique ability, such as a more powerful starting weapon or the ability to craft specialist objects. In total, you will also get to explore five different islands in the game too – so there is plenty of content.

Adding to the main campaign are two new modes – Barricade and One-Shot Escape. Barricade mode tasks you with holding down the fort. An injured survivor is being treated and you are asked to protect him using any means necessary. Building barricades, traps and weapons using hastily gathered supplies is the order of the day. One-Shot switches things up by basically turning the game into a rogue-like, giving you only one chance to get off the island. 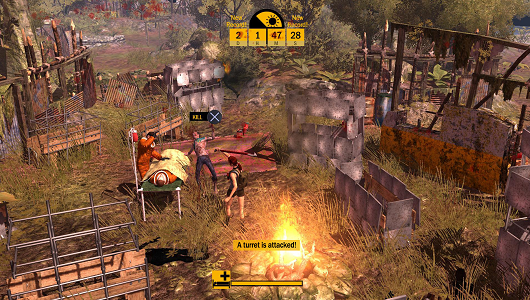 The overall aim of the game is ambitious but the moment-to-moment gameplay could have done with a little more work. Combat is poorly fed back to you – by that I mean that melee attacks, for instance, lack any sense of heft. This makes taking on a horde of zombies frustrating as you will be unsure if you have killed an enemy – until he is back, chomping on your shoulder. Using guns was also a hassle due to the poor aiming mechanics.

The game also could have used more time in the oven when it comes to the visuals. My eyes were stabbed by all of the jaggy geometry I saw and the colour palette should have been a bit more diverse, given the licence Eko had when setting the game on remote islands. The character animations are not smooth enough either. 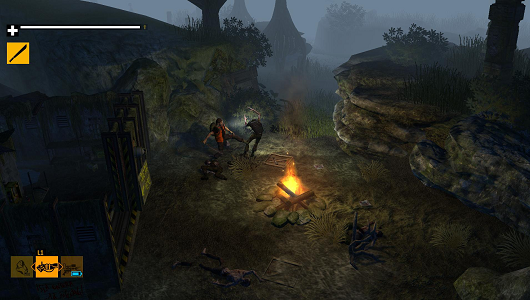 The humour and tension are balanced well
Some interesting and fun weapons to build
Though difficult, the survival mechanics work well
Combat needed a few more iterations
The game could look nicer

Despite these issues, I enjoyed my time on the islands with How to Survive: Storm Warning Edition. It is a challenging game and the extra modes add a lot to the experience. Until we get games like H1Z1 or DayZ on our new consoles, Eko Software’s latest will fill the gap for any budding survivalists out there. 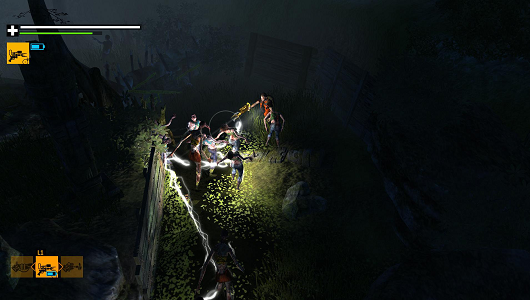