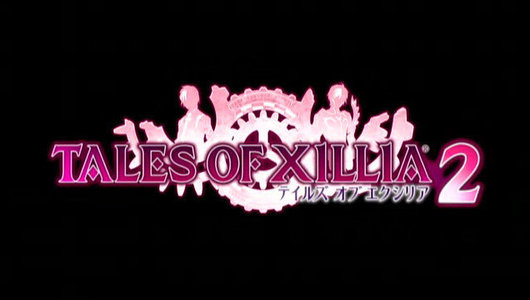 I have a confession to make; I was an ignorant kid. You could even argue I was just stupid. My first foray into the world of the JRPG, like many others, was Final Fantasy VII. For me, for a while at least, that game was the pinnacle of gaming, and it served as a template for how I thought a JRPG should be. Around that time, a friend tried to get me to play Tales of Destiny on the PS1. I had a quick go, but the battle system wasn’t Final Fantasy VII’s so I didn’t like it, and that was the last time I played a Tales game until July of this year.

When I previewed Tales of Xillia 2 earlier this year I sang its praises and said I couldn’t wait for its release. Well now it’s here, and after getting to sit down and spend some real time with I haven’t changed my mind. It isn’t without its issues, that’s for sure, but the pros outweigh the cons in abundance, and it’s made me realise I probably should have given the series as a whole some attention when I was younger. Like I said, I was stupid.

Taking place a year after Tales of Xillia, Xillia 2 follows the tale of Ludger Kresnik, who after failing his entrance exam for the Spirius Corporation, has a chance encounter with a young girl named Elle Marta, who is on her own mission to find the land of Canaan and reunite with her father. Along the way Ludger and Elle meet the cast of the first Xillia title, and as you’d expect, become part of something much bigger.

Tales of Xillia 2 has a very noir, and at times rather bleak atmosphere. There’s a sense that the world these characters inhabit isn’t a very nice place, and with themes such as xenophobia and loss being prevalent throughout, it’s no surprise.

Having never played the first Tales of Xillia, I thought I was going to be at a disadvantage in regards to the story and characters, but this was surprisingly not the case. Ludger, like me, is new to the series, so like me he’s meeting the characters from the first game for the first time. And like me, he listens intently as this group of old friends talk about their adventure from a year ago, not really knowing what they’re on about, put piecing it together as time goes on. 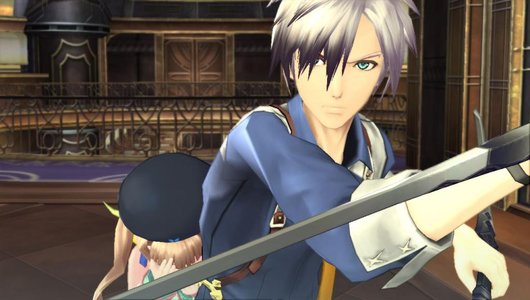 I’m not sure if it was a deliberate design decision or not, but it was this element that really made me empathise with Ludger. I was able to relate to him on a level I don’t think I would have been able to if I had jumped into the boots of a character already established within the larger narrative. He was as lost as I was, and we were going to get through this together.

This was helped in part by the fact Ludger is an almost silent protagonist. Apart from the occasional utterance during conversations, the majority of Ludger’s dialogue is left in the hands of the player through a conversational choice system.

These decisions help craft the world and the opinions of others in the world, although they don’t begin to effect which of the multiple endings happens until near the end of the game. It’s interesting to see how characters respond to Ludger after he makes a questionable decision, or even see if it plays out differently after a quick reload and try again, which I have to admit I did a couple of times after being scolded by my peers.

Early on in the game, Ludger is lumped with a debt, which at intervals throughout the game, he is contacted by the bank and asked to make a payment on. These payments need to be met in order to unlock new areas and progress the story. 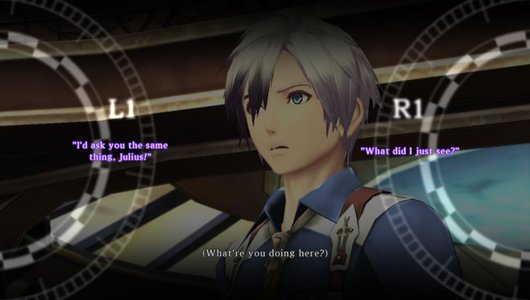 This is an element of the game I really didn’t like. It breaks up the momentum of the story by forcing a grind between chapters in order to unlock a new area or story progression. Side quests are great, but they should be optional, that’s why they’re called side quests. Forcing them on to a player for monetary gain in order to continue the narrative feels like a cheap way to increase longevity.

The world of Tales of Xillia 2 is pretty vast, and takes place across three separate regions. It’s unfortunate, then, that the fields in between the towns and dungeons are incredibly bland to look at; green, patchy fields, bordered by brown cliffs. Sometimes the shade of green will change a little, but with the exception of an area with a couple of puddles in it they mostly all look the same. This can become a drag as a lot of time is spent in these fields completing jobs to pay off the debt. The dungeons and towns are a bit more varied; ranging from forests, to dungeons, to ice caves, and beyond.

The combat in Tales of Xillia 2 is immense, and easily one of the games strongest points. Officially named the Double Raid Linear Motion Battle (DR-LMBS), it’s a mix of real time combat and turn based elements, simple in its execution but fiendishly complex when you peek behind the curtain.

As the game progresses, Ludger is able to carry three weapon types; dual words, guns, and hammer. Different enemies are vulnerable or strong against certain weapons, and the weapons can be switched out on the fly with the press of a couple of buttons during combat, creating some pretty impressive looking combos. 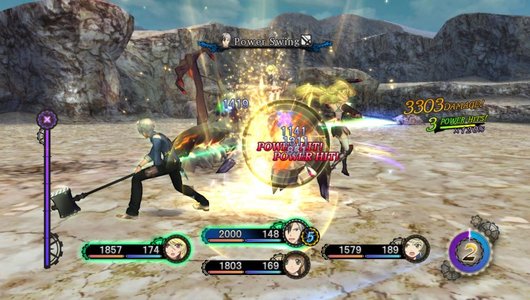 The Attack Counter, displayed as a number near each character health bar, determines how many attacks can be performed in a row. Every time an attack is performed, the number goes down. Once it reaches zero, the character has to wait a couple of seconds for it to be replenished. AC points can also be replenished more quickly by holding down the block button, and it’s possible to gain more AC points as each characters weapons are upgraded.

Special attacks called Artes are performed by pressing the circle button. Every time an Arte is used Technical Points are consumed, and depending on the strength of the Arte it may cost more or less points to use. TP can be replenished either by items, or striking enemies with normal attacks.

Using equipped items called Allium Orbs, party members can Link in battle. Linking with characters provides various benefits, such as; increased affinity, shared skills, character support, and the devastating Linked Artes. Different Allium Orbs can be obtained and equipped throughout the game, and are used to learn skills as characters level up or acquire elemental ore.

On the left hand side of the screen during battles is a segmented bar. Once a section has been filled and an Arte is performed, and prompt will appear over the player controlled character. Pressing R2 at this point unleashes a Linked Arte. Once a Linked Arte has been used, the next section of the bar begins to fill. This continues until the bar is full, allowing the player to unleash Over Limit mode. 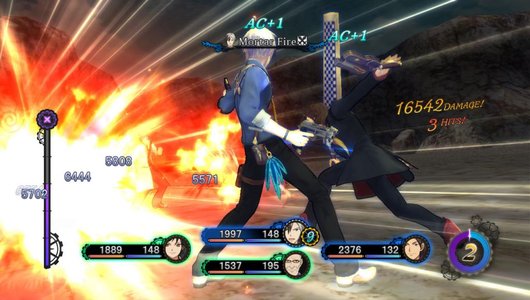 When in Over Limit mode, Ludger and his linked partner can attack continuously, and Linked Artes have unlimited use. It’s also possible to chain Artes when in Over Limit mode, dealing even more damage to enemies. There are also specials called Mystic Artes, one shot Artes that entirely deplete the bar, but unleash an unblockable flurry of attacks. Used correctly they can be devastating, and can really make the difference between a win and a loss, especially in the later battles.

Party members are controlled by AI, and it is possible to set their ‘strategy’ in the menu. Strategies determine each party member’s actions during combat, but the options are very limited, and I didn’t see much difference in AI behaviour when I played around with different strategies. Sometimes it’s easier to take control of a particular character for a few moments in order to have them perform the desired actions. There’s another element of combat too, but going into it now would ruin an awesome surprise.

There isn’t much of a challenge, but it never feels too easy. There were one or two boss battles that were a genuine struggle, but I only died a couple of times, and after a bit of grinding the problem was resolved. For those who do prefer a challenge, the difficulty can be set, and a Game+ mode becomes available after completion.

I enjoyed Tales of Xillia 2 from start to finish, and it’s actually got me excited about the series. I haven’t had this much fun with a JRPG in a long time – I find that life gets in the way and I just don’t have the time to commit anymore – but I couldn’t wait to jump back in to this world whenever I had the chance.

In that respect, it’s a must play for not only fans of the series, but RPG fans as a whole. Everything form the combat to the story is great, and it’s easily one of the most accessible JRPG’s I’ve ever played. It’s just a shame that in the year since between the original Tales of Xillia and this release, we have entered a new console generation, and I fear that because of this, this absolute gem of a game will go unnoticed. And that truly would be a shame, as Tales of Xillia 2 deserves your attention.