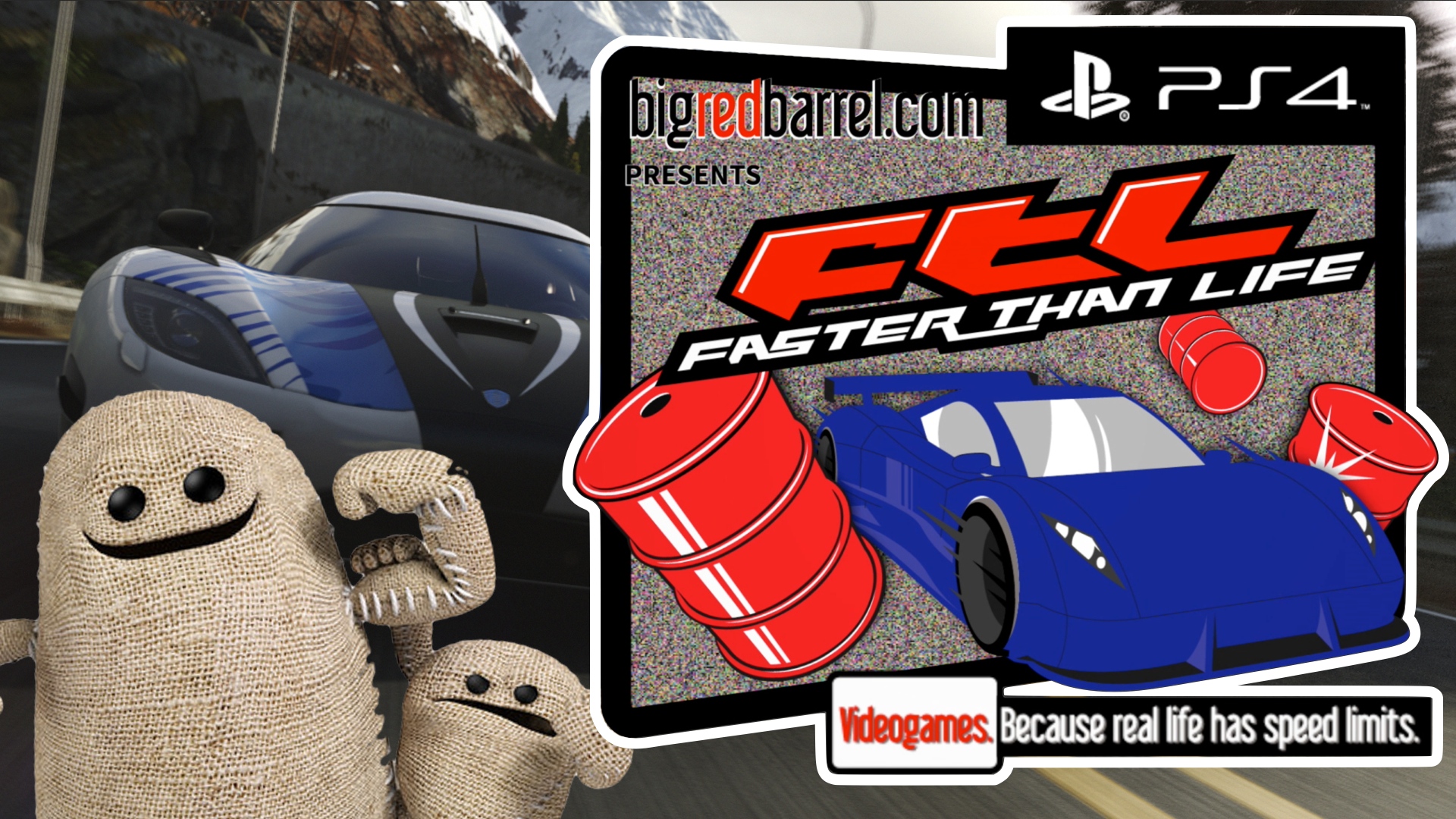 You came, you saw and you drove: Big Red Barrel’s Faster Than Life stage at The Scottish Car Show 2014 took the crowds by storm. Young and old, drivers and non-drivers alike couldn’t resist jumping on one of our ten Driveclub stations or having a sneak peek at 2015’s LittleBigPlanet 3 on PlayStation 4. No parent was safe from 10-year-old hands clamouring to try Minecraft on PlayStation 4 and PS Vita!

If you weren’t able to make it to Edinburgh last week we’ve compiled a video showing the FTL area in all its splendour which you can check out below – make sure to watch in HD. Music has once again been provided by rock Scots Campfires In Winter. We’ll Exist is available as a single on iTunes or direct from their website: http://www.campfiresinwinter.com.

A congratulations to Otto (who is seen racing in the video.) He raced his way to the top of the prize podium for last year by beating all-comers to win our GT6 time trial contest. This year, Otto returned and not only bested the best times recorded on DRIVECLUB, but also won with the fastest time in our final GRID Autosport challenge. Next year, we might have to have a “Beat Otto” challenge!

Also, an extra BIG thanks to every one of the more than 16,000 people that attended this year’s Scottish Car Show. Our gaming section was even more popular than last year and it was genuinely a pleasure to see video and board games bringing so many smiles to so many children and attendees of all ages. Scotland has been very welcoming of Big Red Barrel both last year and this. We can not wait to be back next year! Make your plans to join us in 2015 now, as life moves pretty fast – just not as fast as video games!

While we’re thanking people, hello to our chums at PlayStation who brought Driveclub, LittleBigPlanet 3 and Minecraft to the Scottish Car Show 2014. We’d also like to thank:

We’ll see you next year!