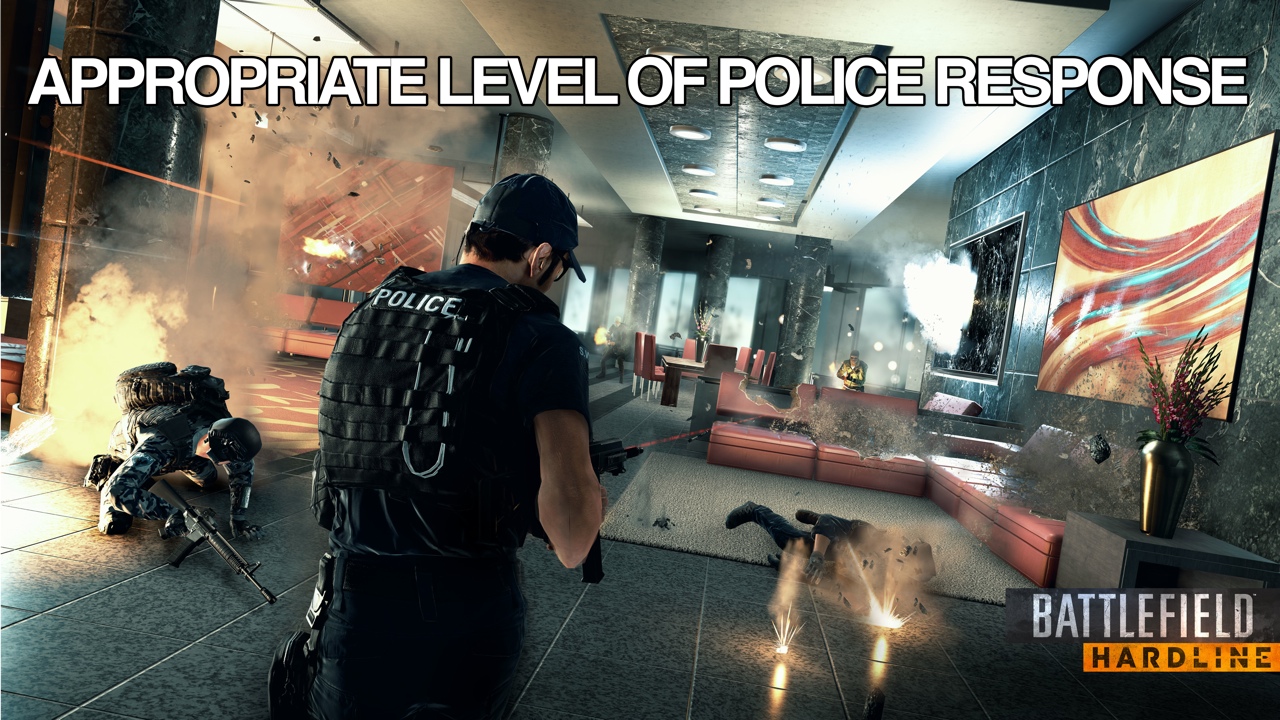 Battlefield Hardline: In Need of a Reality Check

Battlefield Hardline‘s loading screens feature the voice of a TV reporter over images of a ruined and decrepit Los Angeles city center. Her lines come straight from every action movie news report you’ve heard before: the mayor advises citizens to lock their doors, area evacuated, this report contains graphic images. Drawing inspiration from pretty much every cop film and TV show you’ve ever seen, Hardline sets itself up as the closest you can get to living out your Heat fantasies. Yet when playing the game’s beta, open for another few days, there’s something decidedly off about the whole thing.

My issue with Visceral’s spin on the series is simply that it feels too familiar. It’s still Battlefield: you can play as a guy with a first aid bag or a guy with a rocket launcher; each team is still divided up into several squads and your load out is hugely customisable. You can still fly helicopters and rain hellfire down on the opposing team from the sky or zip across the map in an array of land vehicles in order to reach skirmishes and net a few kills. You can, in Hardline‘s case, level half of a city block by blowing up a crane and sending it crashing through the middle of a skyscraper. Classic Battlefield. But not.

RPGs, helicopters, organised hit-squads: these things make a lot of sense when the battles are micro-wars waged in Russian forests rather than city-wrecking stand-offs between police officers and armed thieves. Hardline feels out of place amongst its brothers because it doesn’t seem plausible, or even remotely sensible. Since when have the LAPD, infamous as they may be for their heavy-handed image, considered an RPG a sensible course of action? I’m sure even the most vicious armed robber would think levelling a crane perhaps too grand a gesture for the sake of a few thousand dollars in stolen cash. 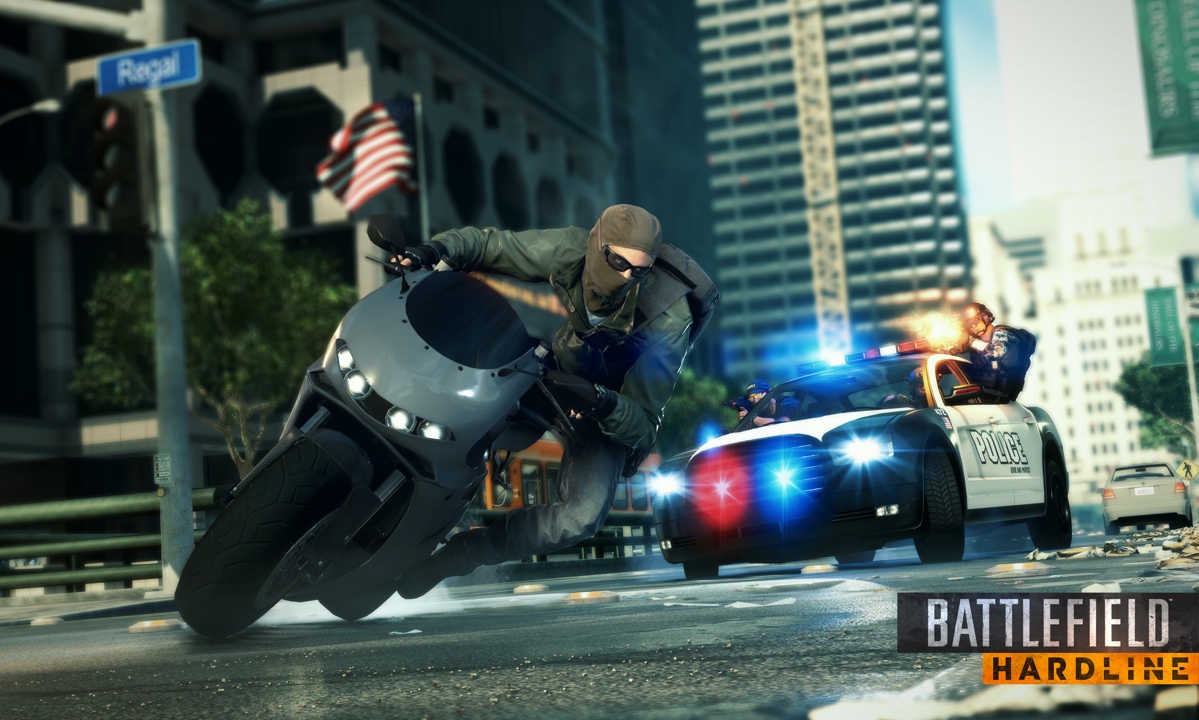 These leaps away from reality would be forgivable if the players you fight alongside were encouraged to act like the cops and robbers they play as, instead of typical Battlefield players. In Heist Mode, the robbers are supposed to storm two knocked-over armoured cars, plant bombs to blow the doors open and then make off with the loot with the cops in tow. What really happens is that tiny, concentrated groups of players kill each other over and over until a single robber remembers what the win condition is and makes off with the loot on a motorbike. By the time anybody realises what has happened it’s too late and the game’s over.

Blood Money, the second new mode, doesn’t tend to work out much better. Both teams fight to seize money from a pile of loot in the centre of the map and return it to their base – but why bother when there are far more points to be gained from shooting everyone in the face? Eventually, somebody picks up money from the other team’s base (an action that nobody forgets they can do because they’re too busy shooting each other elsewhere in the map) and returns the cash to their own hideout, winning the game.

What Visceral really ought to do – and it won’t, with so little time until Hardline‘s release – is add some realism to the proceedings. Take the RPGs away from the cops and give the robbers rusty AK-47s rather than pristine military gear; do away with the parachutes that both sides inexplicably carry in case they happen to walk off of a skyscraper and encourage players to indulge in the car chases and close-quarters gunfights they are being sold so heavily. No robbery-gone-wrong plays out as a concerto of helicopter gunfire and millions of dollars in property damage – so why are they unfolding like that here?

It’s not that Hardline isn’t fun. Typically, these games are hyper-concentrated ideas of how we might imagine a theatre of war and as such they’re intense and hugely rewarding when paired with just the right squad and matched up with players who understand how to make the game really fun. In this particular theatre the stage design, the costumes, the props and the players (in both an acting and a gaming sense) are all wrong. That local reporter in the loading screens ought to be rebadged as a war correspondent amidst a torrent of chaos even Michael Bay would consider a bit much, and even the guitar-flavoured twist on the usual bumbumbum-buh-bah-bum sting is kind of rubbish.

Instead of delivering a refreshing, newly compulsive twist on the Battlefield formula, Visceral has played it so safe that any notion it had of players embracing the cops and robbers concept has gone well and truly out of the window. Instead, we’ve been given an experience that is all too familiar and, by adhering so closely to previous form, bewilderingly uncomfortable.