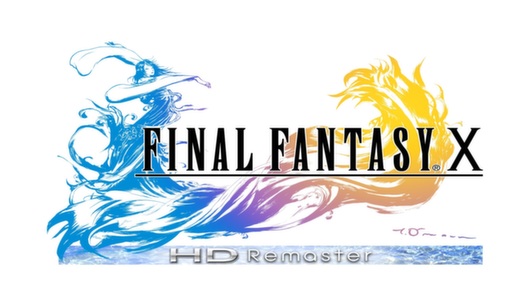 “Listen… to my story. This may be our last chance.”

These words are enough to give me chills and send me on a nostalgia trip bigger than any drug. Final Fantasy X is my favorite game of all time so it goes without saying that I’ve been very excited for this release for a long, long time. Excited, but also worried. So much of what I love about this game is so easily ruin-able in a remaster like this. The soundtrack in particular is very important to me and so any alterations to it are going to be met with extreme skepticism. I had high hopes however after the good job that was done on Kingdom Hearts 1.5 and for the most part they delivered on these hopes. 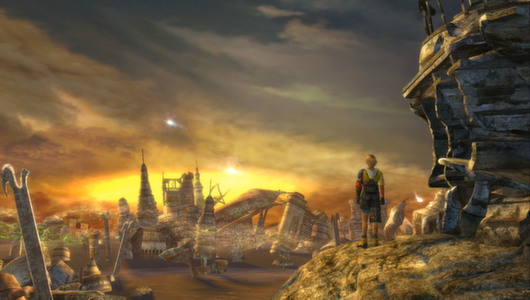 Final Fantasy X is going on thirteen years old now and as such I’m not going to be reviewing the gameplay or mechanics but will only say that if you’ve never played this game before then it should be top of your list of must plays and if you’ve already played it then you know exactly what I’m talking about.

Lets start with the character models. The majority of characters look excellent with the odd exception here and there. Oddly enough the characters I have the most issues with are the most important in the game, namely Tidus and Yuna. Tidus had a strange habit of alternating between looking too baby faced and being pretty much pixel perfect and you could never tell which you were going to get. Yuna however looks off pretty much all the time. Her hair is just a shade too dark and there is something about her face that’s hard to put my finger on, but it’s something about the jaw area that just doesn’t seem right. It may seem seem like I’m being too picky but I found throughout the game that I was constantly taken out of the moment whenever Yuna was onscreen because she always looked wrong to me. 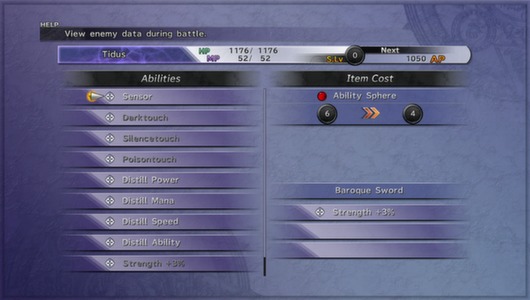 It’s a pity that Tidus and Yuna look so off when almost every other character looks so great. Nowhere is this more evident than with Auron who looks even more bad ass than I remembered, while other characters look pretty darn good too. Wakka, Lulu, Rikku and the gang look exactly how you would hope for them too. Seymour still makes me want to punch his smug face in every time I see him, which means they nailed him I suppose. The revamped menus, from the pause menu to the battle command menu all look great, while the sphere grid remains pretty much identical to the original, albeit with a resolution increase.

Outside of Tidus and co. the environments look positively gorgeous. Never has Spira looked so vibrant and ripe for exploration than in this remake. Everything has received a touch up here. From pre-rendered backdrops to water effects and more, everything looks fantastic. Shadows too have been improved, where before they were just a shapeless blob, now they mimic Tidus’s movements. Enemies look great too. From the smallest flan to the more dramatic enemies like the behemoth they’ve all had a noticeable improvement with no more jagged lines in sight. 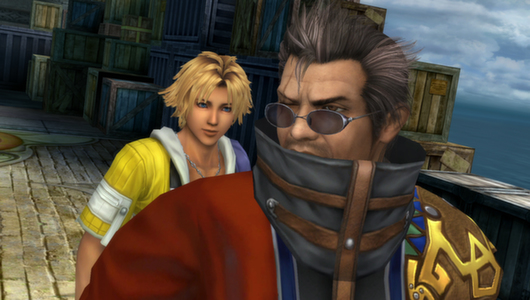 There are a few minor issues though not enough to really detract from the overall enjoyment of the game and are more an issue with it being a thirteen year old game than a problem with the remaster. Non CG cutscenes come across as very dated with characters turning on the spot before walking away and certain motions and gestures used in conversation often repeated or looking mildly out of place. While these looked fine back then they are a noticeable deficiency in the age of mo-cap we’re in now. Faces can sometimes look expressionless during close-ups too. This is most likely because it is a new graphics layer built on the old framework. With the old graphics you could get away with little expression but the improved resolution really highlights the lack of facial movement and mouths often continue moving after someone has finished talking. 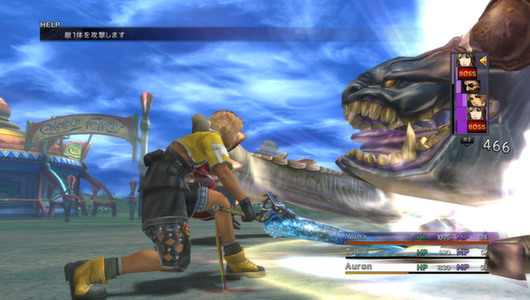 The music has received  a complete overhaul. The whole soundtrack has been re-recorded and remixed and for the most part it succeeds, however there are some places where it does more harm than good. Some tracks like ‘To Zanarkand’, and ‘Someday The Dream Will End’ sound great and still give me chills in the new form though if you loved the original soundtrack you’ll likely still prefer it. Some tracks however fail miserably at capturing the feeling of a place or conveying any sort of emotional weight. Nowhere is this more obvious than with the ‘Besaid Theme’. This particular track suffers from a rerecording with different instruments to try and give it more of a tropical feel and it just doesn’t work. The ‘Battle Theme’ too suffers rather than benefits from the remix. The opening thirty seconds sound far too busy, with too much happening at once and as with most JRPG’s the majority of standard battles won’t last much longer than that.

Majority of characters look excellent in HD.
Scenery and enemies look gorgeous.
Music nails it. For the most part.
Could have used a facial animation touch up.
Non-CG cutscenes look dated.

If you’ve never played Final Fantasy X before then I would absolutely recommend this or even if you’re just looking for a nostalgia trip then this is a fantastic way to play the game. The problems I mentioned above don’t take away from the fact that this is a very good remaster and well worth your time.