The Marvel juggernaut continues to trundle along, with no signs of stopping. After a hugely successful Phase 1 (all of the Marvel movies up to The Avengers), the mastermind behind all of this, Kevin Feige, is sticking to the ‘if-it-ain’t-broke’ school of thought for Phase 2 (similarly all of the movies leading to The Avengers: Age of Ultron), at least for the moment. While Captain America: The Winter Soldier doesn’t take too many risks, the execution is certainly good enough to see it through.

Post-The Avengers, Steve Rogers has taken up a position with S.H.I.E.L.D. – though not without reservations. His ideology does not seem to fit the ethos and aims of the agency, which puts him in dispute with S.H.I.E.L.D.’s director Nick Fury. After a rescue and recon mission goes slightly awry, things start to fall apart for the organisation. A practically mythical assassin, known as The Winter Soldier, appears and strikes at the heart of S.H.I.E.L.D. while suspicion falls on the Captain over his involvement. Trusting no-one, Captain America sets out to clear his name and find out who is behind the offensive. 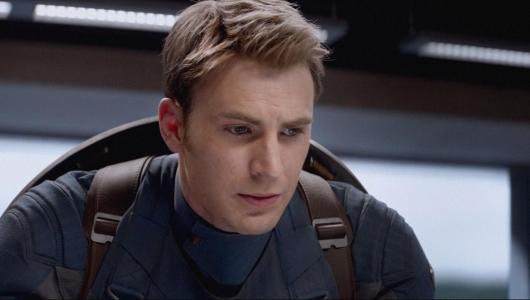 With the same charm and stoicism that saw him through The First Avenger, Chris Evans returns to fill in the boots (and carry the shield) of Steve Rogers. Once again, he brings to life a relatively two-dimensional character that, unlike his previous two outings, is no longer a fish-out-of-water. Instead, it is his ideological differences with S.H.I.E.L.D. that cause the most consternation in him. This is exemplified in his interactions with Samuel L. Jackson’s Nick Fury and Robert Redford’s Alexander Pierce.

Disappointingly, it is Jackson and Redford who provide the least engaging characters in the film. Both Fury and Pierce are given quite a bit of screen time to work with too but just don’t seem to be as switched on as the rest of the cast. Johansson, Anthony Mackie and Sebastian Stan all provide strong supporting roles. I was particularly impressed with Stan who is given next to no dialogue but gives his character far more depth than any of the other villains have had in the Phase 2 movies. 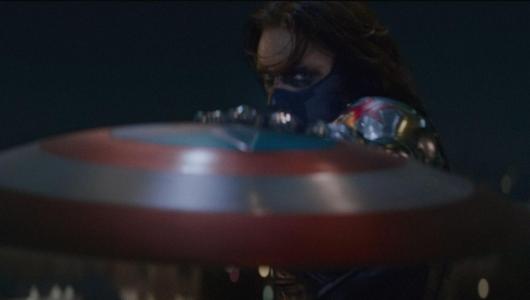 The 70’s-style political intrigue is interspersed with some fantastic action set pieces. There are multiple car chases, gun battles and hand-to-hand fights (sometimes, all in the same scene) breaking up the spy-versus-spy drama. The story is well-paced and suitably epic, in light of what happened in The Avengers. The stakes are higher so invariably, the action is far more tense. You get a much better grasp of exactly what Captain America is capable of. 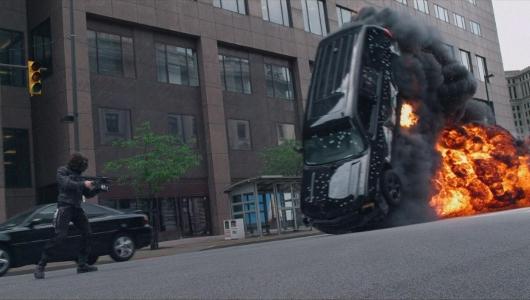 One caveat I will mention regarding the action though is the camera’s tendency to shake. This is less of an issue during the wide-angle shots, but during the frequent fist fights, it can become disorientating. It is a relatively minor issue but one I hope is not repeated in the next instalment (as the Russo brothers have been signed up for that too).

The scale of The Winter Soldier is suitably massive, post-The Avengers
Evans and Stan continue their good form as Cap and his nemesis
The action is well-paced and pulse-pounding…
…though it tends to get shaky and incoherent during some of the hand-to-hand fights
Jackson and Redford lack the presence they usually exhibit

Captain America: The Winter Soldier continues Marvel’s streak of entertaining comic-book adaptations. While we may need to wait a few months for Guardians of the Galaxy before we start to see some risk-taking from this universe, Steve Roger’s latest outing is anything but mundane. In Feige, we trust.