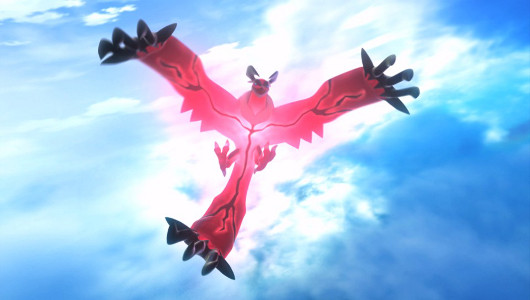 How time flies. It seems like only yesterday I was trying to catch all 150 Pokémon in the original Pokémon Red and Blue versions. As crazy as it seems, that was nearly 15 years ago! If there’s one thing that hasn’t changed since then, it’s the formula that makes up a Pokémon game. Young boy with no father leaves home, travels the land, catches Pokémon, defeats all the gym leaders, vanquishes the evil team and becomes the champion.

In Pokémon X and Y, this formula is still intact – because let’s face it, if it isn’t broken, don’t fix it. You may think since I’ve put it that way, I’ve come to the conclusion that Pokémon X and Y are “just another couple of Pokémon games”. You may then be surprised to learn that there are enough additions included – big and small – that have revitalised the series whilst catering to older fans, newcomers, competitive players and the ones who want to catch em’ all. 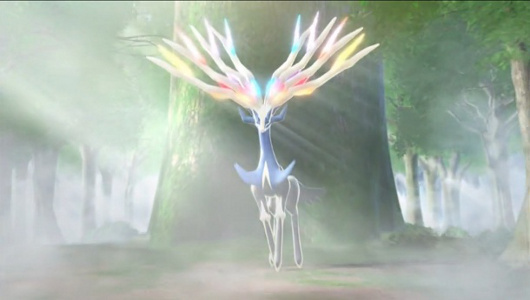 Pokémon X and Y are the first main series Pokémon games to be released on the 3DS. You’ll immediately notice that the power of the 3DS hasn’t gone to waste. Game Freak have moved Pokémon from the top down 2D world with sprites we’ve known and loved for the past decade and a half to a gorgeous 3D world with fully rendered 3D Pokémon which are cel-shaded to look somewhat like the anime variants. The games take place in the stunning Kalos region, based on France. It definitely boasts the most breath-taking scenery you’ll have seen in a Pokémon game thus far.

The grid based movement system from the previous games is still here but you can now move diagonally too. It’s a little bit clunky and cumbersome but once you get to grips with it, you’ll barely notice it, especially after being given the roller blades a little bit in to the games.

In a first for the series, you are now also able to customize the look of your character and what they wear. Whilst it may not be for everyone, it’s a more than welcome addition

Moving on to the battling side of things, there have been some major changes which shake up the entire battle system to its core. You now gain experience for catching Pokémon, the Exp. Share item from previous games is now universal and gives all of your Pokémon team experience even if they didn’t battle and the new Fairy type forces players to rethink their strategies. Battles look stunning with the new 3D engine but unfortunately suffer frame-rate drops from time to time, this doesn’t detract from the overall experience though. 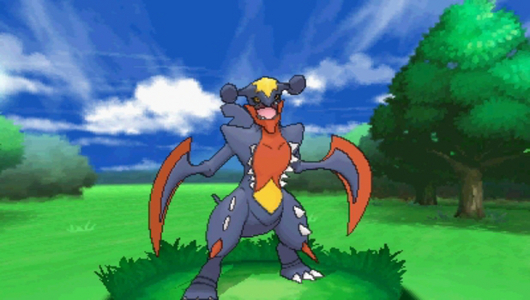 The most fundamental and important change in Pokémon X and Y however are the new Mega Evolutions. Once you reach a certain point in the game, you’ll be given an item called the Mega Ring. With this item, you now have the ability to make a select few Pokémon mega-evolve into a more powerful variant in battle. To do this, a Pokémon has to be holding a Mega Stone. These can be found scattered all around Kalos and some can only be found at certain times of day. Only one Pokémon can be mega evolved in battle per trainer and the list of Pokémon that can actually do it isn’t exactly huge. The Pokémon that can mega evolve though are definitely the ones you’d want to see do it. Whilst mega evolutions are a welcome change when it comes to battle strategies – and let’s face it, they’re very fun to use – I’d have definitely liked to see a wider selection of Pokémon able to take advantage of them.

Pokémon X and Y also bring 71 new Pokémon to the mix, taking the roster of available Pokémon to 721 – we’ve come a long way from those original 150. The designs of these new Pokémon are solid and I like them a lot. My personal favourites are the sword Pokémon, Honedge and Doublade. However, unlike Pokémon Black and White which seemingly forced you to only use new Pokémon, X and Y give you a massive selection from the past 5 generations of the series. By the time the credits rolled, I had seen approximately 300 Pokémon and had caught 75.

Story-wise, the games touch on some pretty interesting issues and themes. These will probably go straight over the head of younger players but they really hit home for me. Whilst I won’t talk about them in detail here, the two legendary Pokémon of the games – Xerneas and Yveltal – represent life and death. That is all I’ll say. At the centre of these ideas and themes though, we find the Kalos region’s evil team – Team Flare. 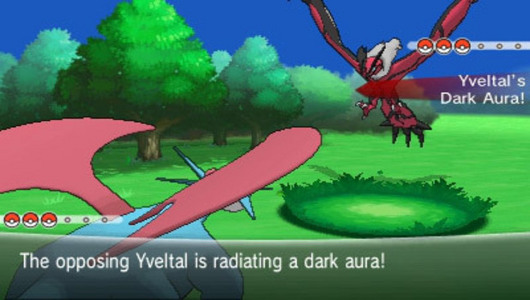 Now I’ll admit, from everything I saw in pre-release videos and screens, I was wholly expecting Team Flare to be a big let-down compared to previous organisations such as Team Plasma and Team Galactic – whose motives couldn’t really be topped. Team Flare dreams of a “more beautiful world”, seems pretty lame doesn’t it? Trust me though, I was not let down by the outcome and Team Flare are definitely among the most nefarious Pokémon villains.

To play through the whole story from the start – all the way up to becoming the Pokémon League champion – took me roughly 26 hours. This was without meaningless grinding and swanning about too.  As I mentioned previously, Pokémon X and Y are faster paced than any previous iterations but don’t cut you short in any way.

Other features worth noting are the new Player Search System – or PSS for short – Pokémon Amie and Super Training. All of these can be found on the bottom 3DS screen when not in battle. The PSS allows you to connect to friends and other players from around the world on the fly, no matter where you are in the game world. In the middle of a cave but have a friend who wants to trade or battle? No problem, the PSS lets you start one up there and then. No more messing around trying to get to a Pokémon Centre and waiting to connect to the internet – you just hop in and you’re done.

Pokémon-Amie allows you to play various mini-games to bond with your Pokémon and make them happier. This has some benefits when it comes to battle as certain Pokémon can only evolve when they have a maxed out happiness stat. Think of Pokémon-Amie as something very akin to Nintendogs, it’s a nice little addition to the game even if players won’t use it.

Finally, Super Training is a new and easier way to gain Effort Values and Individual Values for your Pokémon. EVs and IVs have been a big part of competitive play for years in the Pokémon games, I myself found them rather complicated and never really bothered with them. These values raised certain stats of your Pokémon – Attack, Defence, Speed etc. These values are now much easier to gain through Super Training. A football mini-game allows you to raise your stats marginally and will also reward you with various punching bags which you can then let your Pokémon use on the bottom screen of your 3DS whilst in the overworld. Again, it’s a nice little addition and I’ve definitely found myself using it trying to train up my lower level Pokémon. 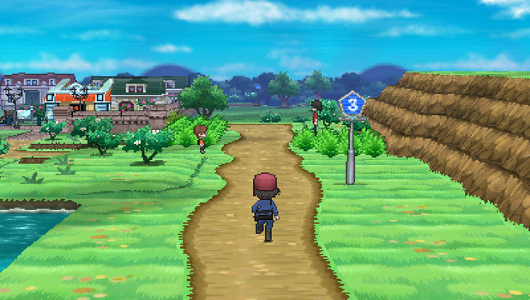 Wrapping up, if there’s one thing about Pokémon games that have always been memorable to me, it’s the soundtrack and audio. Pokémon X and Y yet again use the power of the 3DS to bring in a whole selection of beautiful and memorable music. There’s even a track in there which will send shivers down the spines of the old guard from the Pokémon Red/Blue days – it’s mesmerising.

If there’s one thing I can summarise Pokémon X and Y as, it would be this: a love letter to the fans. These two games are simply put, the best in the series so far. They’re not revolutionary by any means, and they do have their little niggles. But they are one thing… evolutionary. All the best parts of the franchise from the past 15 years are here, with new ideas to keep it from going stale and a faster pace to get you into the game faster than ever before. In short, this is Pokémon at its finest.