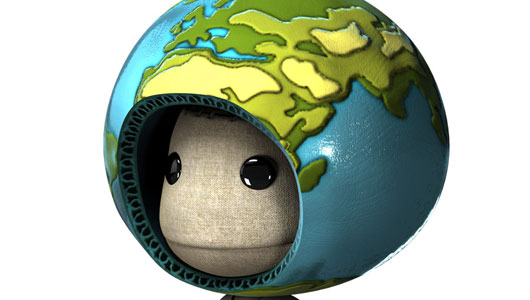 Last Saturday, Peace Games Live happened for, what we hope is, the first year of many more to come. It featured a 24-hour livestream, with the first six hours beamed out from New Zealand, the last six hours coming from America and the middle twelve hours filmed at UKIE‘s offices in London.

Thank you very much if you were one of the 500,000 people that tuned in throughout the day and an even bigger thanks to those that made donations to the cause.

Excerpts of the after-event press release went on to explain; “The live event was streamed globally through Twitch TV [and] took place during global Peace One Day, the annual day of global unity on 21 September 2013. Peace Games successfully raised thousands for worthy causes through a combination of the livestream event, as well as special Peace Games in-app purchases in conjunction with Kobojo, SoshiGames and Playdemic. 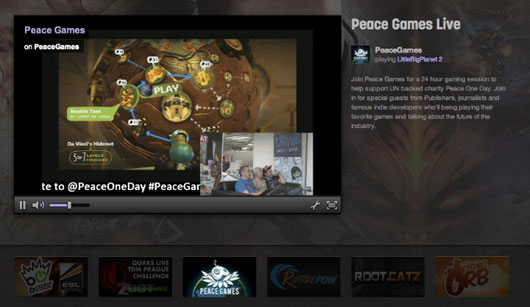 Hold on! There appears to be some ugly sackdude wearing a BRB t-shirt!

I hosted around six of the twelve hours broadcast from the UK and although it was tiring , it was a great experience and I am really glad to have played my part, especially given that I did so without swearing or setting fire to anything while recording live — fortunately, all the swearing and setting fire to things happened off camera! We even managed to play a peaceful half hour of GTA without incident! However, after witnessing UKIE’s “Game Jam”, I may not eat marmalade again for some time.

The event was arranged by the lovely people at Playmob and my thanks to them for inviting me to be part of it. The founder and CEO of Playmob, Jude Ower, had this to say; “The first Peace Games was a great success and we now have a firm foundation upon which to build on what we hope will be an annual event for the industry. We couldn’t have done it without the help of our friends and supporters who gave up their time and provided some amazing prizes for us to auction to raise funds for the cause.” 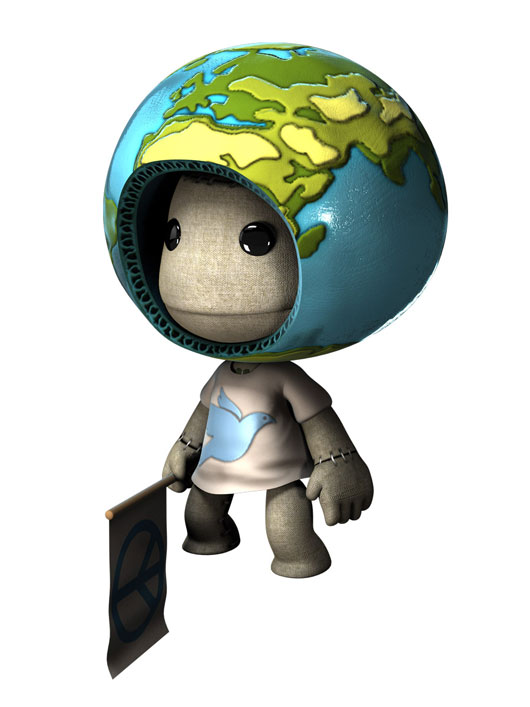 Definitely the cutest DLC of the day! Sackboy in his Peace One Day outfit.

For any game developers or publishers who want details on taking part in next year’s event please contact nick@playmob.com.