The 2009 Star Trek film was a success in my book – it took a flagging franchise back into the multiplexes with a relatively straightforward, roller-coaster ride of a movie that delivered what it set out to do. This year’s sequel, Star Trek Into Darkness, appears to be aiming for the same target. As the saying goes, “if it ain’t broke, don’t fix it”, and J.J. Abrams seems to have taken this value to heart. While the novelty of a more modern retelling of the original Star Trek stories has worn off, it is still a thrill ride from beginning to end.

The movie opens as many great blockbusters do; right in the middle of the action. The crew of the Enterprise are in the middle of a plan to save a primitive species from total annihilation and as is customary at this stage, Captain Kirk is right in the thick of the action. Things do not go as planned however and Kirk is faced with the difficult choice of adhering to the Prime Directive or saving Spock’s life. From this point on, the movie goes from scene to scene, set piece to set piece – rarely slowing down for breath. Similar to the first movie, the focus of the story is Kirk and Spock’s relationship and again, Quinto and Pine are enthusiastic in their respective roles. While Zoe Saldana and Simon Pegg are on hand to help carry the story along, this is a two-man show… until Benedict Cumberbatch’s John Harrison shows up. Harrison’s terror inducing attacks on Starfleet lead to Kirk taking charge of a manhunt mission. 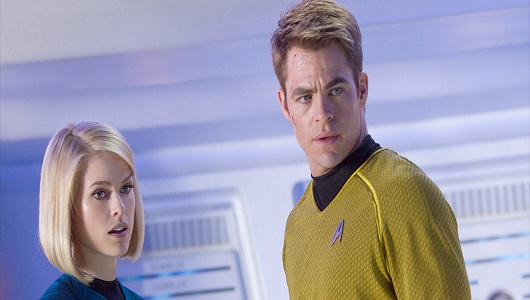 Again, Abrams proves to be a dab hand when it comes to blockbusters, channelling Spielberg and Nolan with his ability to get all of the action and drama on screen. While many people will bemoan the return of his favourite visual (lens) flair, every square inch of the screen is used to full effect. Abrams’ aptitude for seamlessly blending gargantuan amounts of visual effects with live action shots, allowing neither to get in the way of the story is to be applauded. I saw this in 3D and while I am aware the movie was not shot specifically for the format, there are enough moments to remind you it’s there. Like the aforementioned lens flair, it is pointless but not intrusive in your enjoyment. Similar to the recently released Iron Man 3, the film succeeds in throwing numerous action beats at you, without making you feel like it is an exercise. Each scene, from the opening chase to the final attack, feels consistent with the world, avoiding the cookie-cutter make-up of other summer blockbusters. 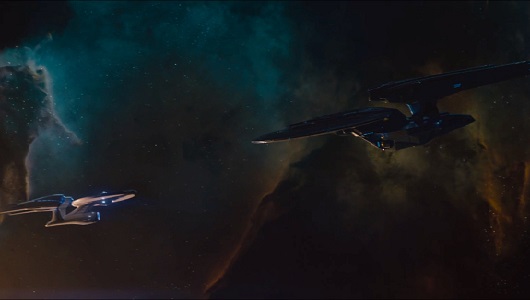 Returning music maestro Michael Giacchino delivers yet another scintillating score, however it is in the quieter moments (the few that there are) that he is able to add the most to the movie. There is one particular piano-based melody that played over a tragic early scene which I was glad to hear again during the credits. After learning recently that he may not be involved in the new Star Wars episodes, I am mildly disappointed that we won’t get to hear his take on that particular franchise. 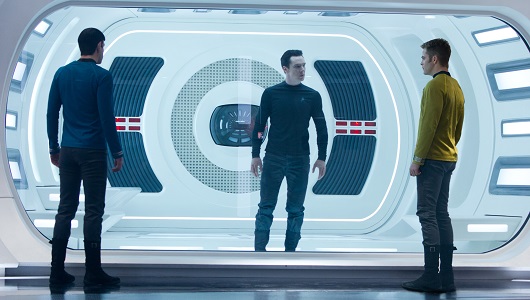 Fan service is one aspect of the film that lets it down. Abrams seems too eager to ply on the references and knowing winks, which will not only alienate those who only have a passing interest in the Trek universe but also the fans he so wishes to please. By the end of the movie, I felt like each nudge to the fans had formed a bruise in my brain! Despite this, there are one or two moments which genuinely got the fan-boy in me excited. 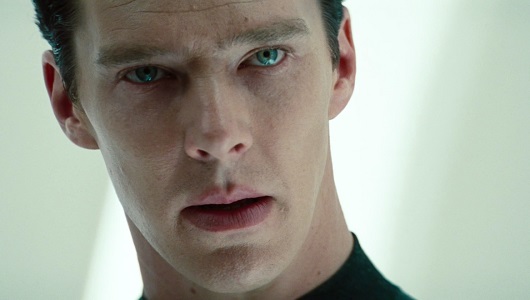 Star Trek Into Darkness is another finely-honed blockbuster, just like its predecessor. Unfortunately, it never eclipses the 2009 movie so you may get a distinct feeling of “more of the same” from it. In the end however, if the series continues to provide entertainment as consistent as it has in its first two entries, they can count me as a returning patron right now.