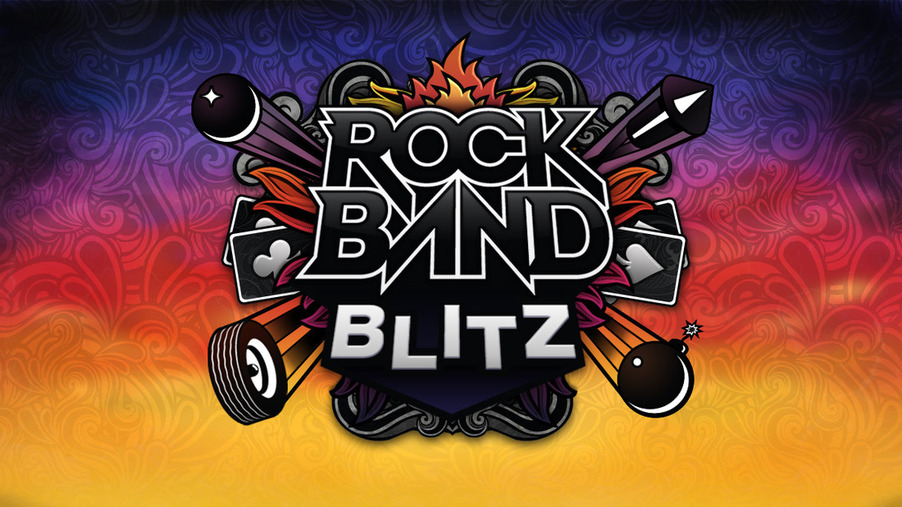 Far be it from Harmonix to simply return to a formula of old when the Rock Band gravy train shows signs of slowing, the downloadable Blitz is another new take on the beat-matching formula first embraced by the Boston developer in Frequency and Amplitude. Although at first bearing strong resemblance, the common elements are skin deep; Blitz prefers to be a gently strategic affair rather than a flurry of multiplier-building combos.

Set against the largely forgettable backdrop of Rock City, the dark, neon-licked city buildings familiar from Rock Band 3‘s menus, Blitz divides songs into five distinct tracks: drums, bass, guitar, vocals and keyboard.  The included soundtrack of 25 songs boasts the likes of Elton John, Fun., All-American Rejects and Iron Maiden, meaning there’s something for everyone – and there’s more ‘I know that’ songs than the setlist boasted by Rock Band 3.

In Blitz, there are no plastic guitars or microphones involved – instead, Blitz is a purely standalone affair, tasking you with playing out each instrument’s notes with just two buttons. It’s a step back from the three buttons utilised by games gone before, initially suggesting a more shallow game, but Blitz is as much about gaming the system as it is about playing accurate beats. Each song is divided into sections, and each section has a limited multiplier which tracks cannot exceed; bringing each track up to this limit will increase the limit as much as possible, whereas maxing only one or two will boost it a notch or two. Tracks can be tackled in any order, and can even be switched between without breaking flow, leaving the potential for huge points in your hands at all times rather than at the behest of a combo-breaking missed note. 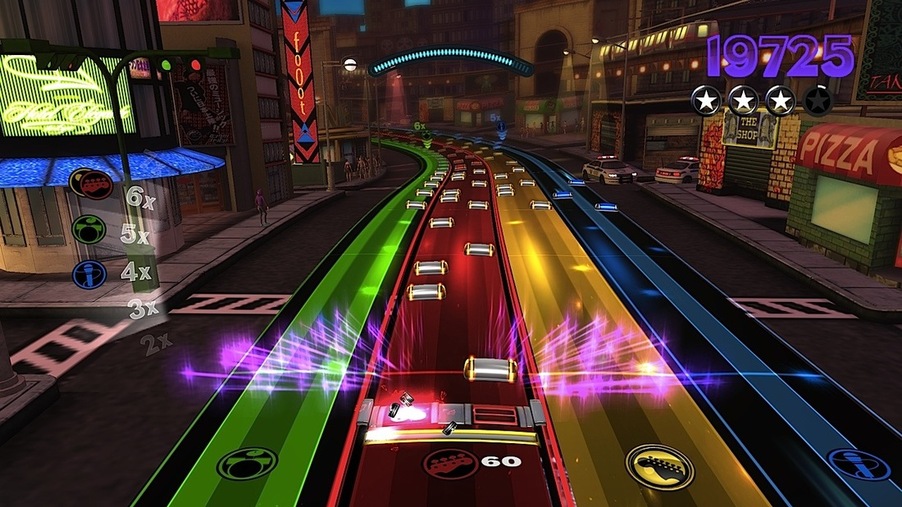 All this time, Blitz can be unleashed by playing notes in a successful, fault-free streak, and awards bonus points every few beats. These points can be increased even further with power-ups imposed on notes – including Pinball, which jettisons a giant purple ball up and down the game area, Breakout style – as well as individual tracks, and these are unlocked with ranking-boosting Blitz Cred, itself earned by beating songs. Keeping up?

The issue with Blitz‘s many systems is that there are too many at first, and there’s no explanation offered up by the game as to how they work. Mastering them is key to your enjoyment of the game, and finding the perfect balance between ideal power-ups and the order in which to tackle each track is where the core appeal lies. It’s an altogether more strategic affair than previous rhythm games, even when the vital gameplay functions are performed with just two shoulder buttons – and I highly recommend that you adopt the Frequency-inspired “Freakish” control scheme before you even start the game. 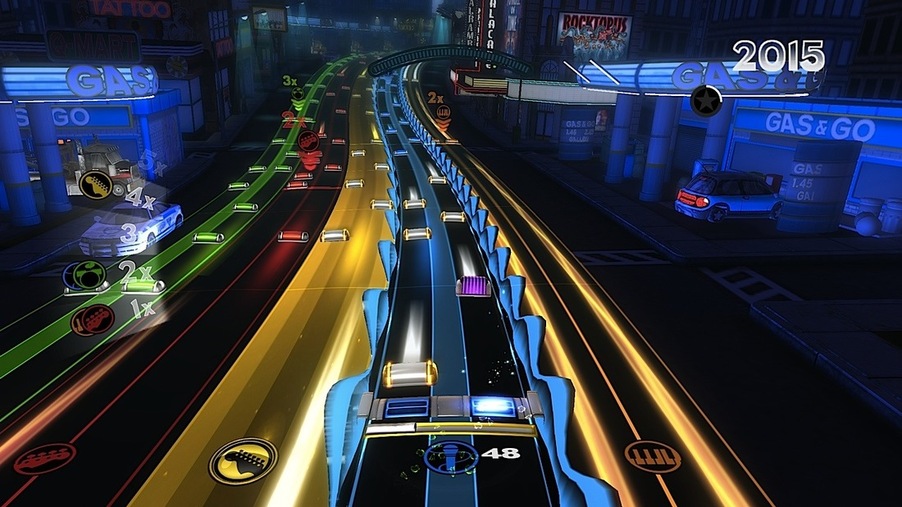 Blitz has it’s heart set on being an experience for any and all who approach it, opting to drop difficulty settings and penalties for missing notes. A song has a single playable version, and the intensity will naturally vary how much mashing may or may not be required – especially in the thrills of the many spectacular guitar solos that will line many a DLC catalogue. It will prove frustrating for some, and the inability to actually fail will be received gratefully – but when the songs are already narrowed down to just two presses to simplify the process further may prove dull – and whether it’s possible to do so whilst being able to read any and all Rock Band DLC — a huge pull for people seeking a new lease of life for their songs — is another discussion for another time.

Time-tested beat-matching with extra strategy
Decent smattering of included songs
Extra boost to your DLC catalogue
A lot of systems to learn, without much help

As it is, Rock Band Blitz is a beat-matching game that is less about beat-matching than ever. The old rush of nailing a perfect stream of notes is back, but with it comes decisions regarding multipliers, Blitz streaks and power-ups, which turns a deceptively simple tap-tap rhythm game into a fast-paced, mind-twitching test of reactions and quick thinking. Complexity and the 25-song library limits things at first, but whether or not you can be convinced to pick up more songs depends on how desperate you are to boost your ranking – and that, in itself, will probably seal the deal for you.