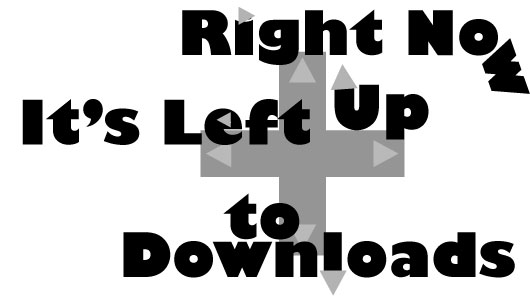 All the games I want to buy at the moment are downloadable titles. Mass Effect 3 and The Witcher 2 are the only retail releases so far this year that many would define as unmissable gaming experiences. Apart from these two games, the majority of praise has been heaped on smaller non-retail titles and developers are starting to shift their focus to smaller downloadable projects. For instance, Tim Schafer’s Double Fine studios has moved away from producing high-risk retail titles such as Brütal Legend and is instead churning out smaller downloadable titles such as Stacking and Costume Quest.

We’ve also seen some of the well-known and respected creative talents in the games industry move to smaller independent companies; Peter Molyneux leaving his position at Microsoft and Lionhead was likely influenced by his desire to have more creative freedom to fulfill smaller, possibly downloadable, design desires with his new independent 22 Cans studio. Whilst it’s likely that other factors were at play, the cloud based project he seems keen on sounds like it would be almost have to be downloaded –  even though, in true Molyneux style, no-one has the foggiest about what that game actually is. There’s a good chance, however, that Molyneux simply desired the flexibility and freedom to pursue his flights of fancy without having any executives peering over his shoulder for two years.

With a variety of vibrant distribution platforms – and with Xbox Live Arcade and PlayStation Network really hitting their stride of late – it’s a good time to be a downloadable game developer. Despite the shortness of the game and the abundance of scarves, Journey gained widespread praise and created a lot of buzz; not to be outdone by scarves, Fez has shown that it has the extra dimension to stay on top. Trials Evolution has shown it’s own ‘funstrating’ path to pad anger management on it’s second sales-record-breaking outing. The Walking Dead had strolled into it’s fair share of praiseworthy reviews, Skullgirls are punching above their weight and Awesomenauts, out this week, looks as awesome as it’s titles suggests.

Titles such as I Am Alive make interesting case studies; whilst opinion on the game may be divided, the existence of the downloadable market gave the developers an opportunity to take a failed retail game, trim it down and give it a new lease of life. As a result, gamers have the opportunity to get their hands on a tighter, more condensed downloadable version of the game, rather than suffer through a bloated retail release or, perhaps, no game at all. Between consistent top quality titles and some interesting experiments, it really is a lively and interesting time for games on both Xbox Live Arcade and the PlayStation Network.

Even up until last year, saying that your favourite game of the year was a downloadable title, even one as revered as Limbo, was enough to get you some sideways glances, or even pained expressions from ‘hardcore’ gamers, as if you had just stabbed them through their triple-A plated hearts. This year, most people would find it hard to argue with anyone that stated their favourite game of 2012 was a downloadable title, especially for those that are not fans of RPGs.

The biggest hardware launch of this year was the PlayStation Vita and, whilst it came with a selection of retail releases, it is one of the first consoles to have each and every game made available as downloads in tandem with physical copies appearing on store shelves. Titles such as Motorstorm RC, are only available for download – meaning that the software choice for digital downloaders is greater than his brick-and-mortar counterpart. Nintendo are even getting in on the act, and have recently announced that, as of August, all 1st party titles will be available for download on launch day and will be inviting 3rd party publishers to do so as well. The 3DS is already getting some great original smaller downloadable titles like Pushblox and Nintendo have already started digging into their goldmine so as to extract some cash for nostalgia points. Heck, they’ve even gone as far as adding titles from the Game Boy’s arch-nemesis, the SEGA Game Gear, to their downloadable lineup.

It’s not all plain sailing for Sony and Nintendo with their new-found love of the download marketplace; they’ve been trying their utmost to ignore the small, touchscreen, white elephant in the digital room. Like it or not, Sony and Nintendo have to face up to the fact that iPhone and Android have taken the opportunity and grown into a gap in the market that Sony and Nintendo should have dominated. As a result, the vast majority of potential customers now have their own individual portable gaming platform in the form of their phone. People take their phones with them everywhere they go and thanks to the hugely successful mobile app marketplaces on offer, they also have the ability to instantly download a title on the go. Add to this the emergence of a gaming culture where customers demand low-risk, cheap-to-purchase games, where the price point makes mistakes or gameplay shortcomings more easily forgivable and encourages users to buy without any full price £40 ($60) remorse.

With services such as Steam readily available, a modern day PC gamer may have never purchased a boxed product. Even the two unmissable retail products I mentioned in my opening paragraph were available digitally for PC gamers on the day of release, and their console cousins are getting increasingly used to day one DLC to further enhance the, erm, profit margin for publishers? Sorry, I meant gaming playing experience, obviously. Whilst additional content may seem like a cynical way to cash in on a fan’s loyalty, it has in fact helped keep any more general and widespread price increases at bay. You could argue that it makes sense for those individuals that will benefit most from extra content to foot the bill. This has been taken to its extreme on PC, thanks to the rising popularity of the the free-to-play model; a small percentage of “power-users” manage to spend enough money to completely bankroll the game, allowing developers, freed from the shackles of production and shipping costs, to ship their product for free and rely on in-game sales to provide revenue.

People talk about the next console cycle being dominated by digital downloads, but some still scoff at the possibility of the next console cycle not having any physical media. I think it’s an increasingly likely scenario. At the present time, an alarmingly small number of consoles are connected to the internet. While this is likely to change going forward, it could easily be argued that the age of digital dominance in the world of gaming is already here as evidenced by the hugely successful and expanding download market for PCs, phones and consoles . With the likes of Angry Bird Space hitting 50 million sales in 35 days and Trials Evolution apparently being the fastest grossing to date on Xbox Live Arcade in terms of day-one sales, it seems as though an ever-increasing number of people don’t have a problem with upping their number of downloads. 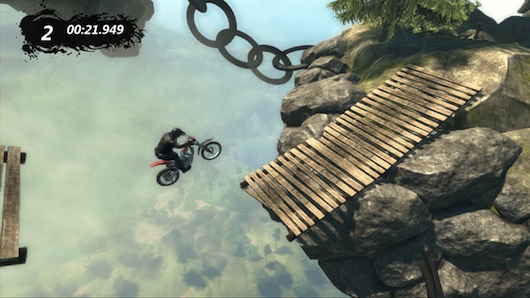 While file size, broadband speeds and bandwidth limits still limit the success of the downloadable market to a degree, the main obstacle to digital full “retail” releases being widely popular is price. Pressure from retailers is frequently blamed as the cause for some of the insanely high prices we see for Xbox’s Games On Demand or PlayStation 3’s downloadable selection. Although prices for downloadable versions of full games are slowly coming down, I very much count that gamers should expect a price drop when we move over to the all-digital way of life.

Game production costs have increased dramatically over the years, particularly when it comes to triple-A titles, and the retail price of games has not increased in line with  these increased development costs. Whilst DLC has helped keep these price increases at bay to some extend, as has a widespread resistance to any price increase, the switch to digital will be no different to the switch from cartridges to CDs. Sony was the first company do to this with the PlayStation, when they made the (at the time) bold move of releasing games on CD as opposed to cartridges, hence saving themselves a considerable amount on manufacturing titles for distribution. However, the retail price of games did not decrease in line with reduced manufacturing costs and remained at an RRP of around the £40.

In much the same way that the savings realised by the manufacturer as a result of moving to CDs were not passed on to the consumer, it’s highly likely that the savings associated with moving to a digital distribution model will not be passed on to the consumer. That may be bad news for those that perceive digital copies as getting less for your money, but even the cynical should not be too outraged. As it did before and will do again, the savings made on production costs will ensure that yet another generation of software remains at the same price.

Right now, the gaming scene would be a sparse wilderness without the activity in the downloadable space. While there are a few factors still up in the air, in the future downloads may be all we have left.