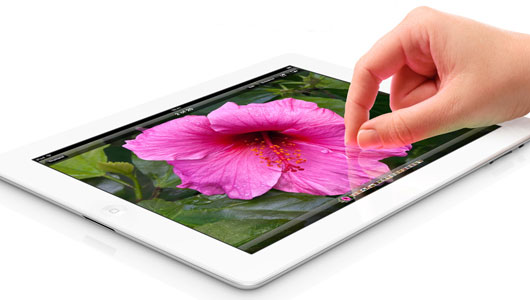 Buying an iPad? You Probably Won’t Need Anything Else

In the week or so that I’ve had my new iPad, any reservations about the device being a full-blown on-the-go gaming machine have evaporated with each new title I’ve played. By “full-blown,” I don’t necessarily mean one which replicates the experience of gaming on a console — the kind of full-blown gaming advocated by the PlayStation Vita. By full-blown, I mean the type of thing that can suck you in for as long as something of a more traditional calibre can with the same degree of attachment and involvement. I wasn’t expecting to have as much fun with the iPad as I am as a gaming device, and as much of a quick reaction this is, I probably won’t be looking to supplement this piece of kit with a dedicated handheld console any time soon.

It’s of no surprise, a couple of years after the iPad’s launch, that the games have picked up a lot of steam and some already look great on the new iPad’s so-sharp-you-could-cut-yourself “Retina” display. EA’s iOS version of Dead Space and driving title Real Racing 2 look spectacular, and they’re both brilliant fun and very easy to control. Less action-heavy titles like Ubisoft’s Assassin’s Creed-inspired card game, Recollections, passes a train journey or two with minimal effort, and asynchronous titles like Hero Academy are good when I’ve got a Wi-Fi connection or I tether my phone. Even traditionally controlled titles like FIFA 12, whilst a little expensive by app standards, are playable provided you have a Smart Cover handy.

The games, as a whole, work so well because they are thought out and planned with the device in mind — that, and they’re all dirt cheap. Some titles, like Temple Run, Angry Birds: Space and Canabalt, are designed with one-shot gameplay in mind: commutes or quick breaks from doing other things.  Others like Infinity Blade can withstand extended play for longer journeys or gaming sessions. But regardless of how they are designed, they are designed to work for the iPad, and they do, which is why many titles are so successful. This factor is one of two deciding factors in why something like this wins outright over a dedicated gaming device these days.

After trying the Vita at Sony’s flashy — and bro-heavy — preview event in Glasgow two months ago, I was pretty amazed by what I saw. The games looked great, and the dual analog controls were excellent — notwithstanding the rear touch panel, which was there but didn’t really do much else. But the device didn’t sell itself to me completely because I was too busy playing games on my phone on the way home.

Phones and tablets are great multi-taskers, able to perform all kinds of amazing operations on a single screen. Users can draw, write articles, take notes, listen to music and play countless different types of game — all without having to reach for another device. The age of the single-use device is over, and the iPad and smartphones will, inevitably, become dominant as the 3DS and PS Vita fade into obscurity. They won’t die — not yet — but will find themselves overshadowed by devices that play games just as well as they do, if in slightly different ways. That they happen to do a hell of a lot more on the side is, you know, a useful little plus point.