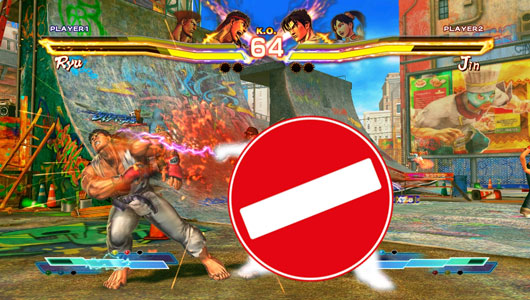 There was once a time, a very long time ago, some say in a totally different world, where you used to be able to walk into a gaming store, pick up a game, take it home, and play it with everything on that disc available to you right away. If you really wanted to, you could often skip playing the whole game to get to the good stuff with a few button presses, unlocking everything from the off. Remember when you used to be able to do that?

These days, it’s all changed. Unlocking all of the cars in, say, Need For Speed: The Run now requires a £7.99 unlock key purchase, as opposed to the good old time-honoured method of inputting a cheat code. And now you don’t even get everything that’s on the disc you’ve just purchased for 40 quid.

New crossover fighter Street Fighter X Tekken has angered a lot of people because of the work of some eager hackers, who have exploited a glitch in a copy of the game to reveal that the endings of 12 characters, and all of their data, are already present on the disc, but locked until further notice. The obvious conclusion to draw is that these characters will be unlockable at a later stage as pay-for DLC.

Capcom’s argument for this is that it allows all players to play with one another, even those who do not have the DLC, and that’s totally fine in the context of a later game update. Burnout Paradise‘s new DLC was heralded by a patch downloaded by all to ensure that everybody could play with everybody regardless of ownership of the new content – but actually buying it to use was just an unlock key away. This is absolutely fine if the content is new and developed after the disc has gone gold – industry lingo for having been made final – but if it’s in the game already and lurking for a release sometime down the line? Not cool.

If your characters are ready to go on day one, they should be available from day one. The twelve characters are, for the time being, exclusive to the Vita verson of SFxT, which launches later in the year, at which point they’ll become available as premium DLC for home consoles. You can be sure that, despite the words of Capcom community manager Brett Elston, there will be a ‘Super’ version somewhere down the line that has all the characters are unlocked from the get-go. All it takes is flicking an unlock switch in the game’s code and – ta-da – 12 new folk, ready from the off.

A number of commenters on various articles on this subject have already said they’re now no longer buying Street Fighter X Tekken as a result of this DLC ploy, and that’s a huge shame as the game is excellent. But if this is the message we need to put to Capcom regarding strategies like this, then so be it. Once upon a time, this sort of thing wouldn’t have flown in an industry which used to like giving you everything in a game for the cost of just a few button presses.