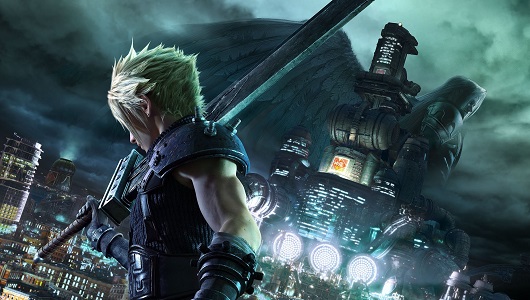 It was the 24th October 1999. It was my thirteenth birthday and after begging my mum to let me FINALLY have a PlayStation, she took me to Beatties (remember them?). Along with the console, I got a choice of two games. I went for Gran Turismo first because of the adverts I’d seen and the fact that all of my friends had it. I needed to choose a second title and a chunky game case caught my eye. Three discs! And look at those graphics! Final Fantasy 7? Some spiky blonde guy with a sword bigger then even him? I went for the game… and boy, did I regret it at first!

I didn’t even know I needed a remake at first, at least not until 2005 when that tech demo for the PlayStation 3 was revealed to the world. Fast forward to 2019 and after getting married, moving into my own house and becoming a dad twice, Final Fantasy 7 has become a constant in my life.

I’ve purchased the game on PlayStation 3, Vita, PlayStation 4 and most recently my smartphone. My obsession with the game has stood the test of time. I’ve played the spin offs, seen the movies and anime. Hell, I’ve begged my wife to let me buy and display a scale buster sword in our living room (still working on it).

But above everything, it’s that remake. That once elusive remake is something to adore already. I unashamedly shed literal tears when the game was first revealed and have similarly welled up when watching characters and scenes reintroduced in the remake. This is something I, along with countless people all over the globe have been waiting for, for nearly 20 years and I never thought it would happen in my wildest dreams. But now it is happening it’s gone way beyond my expectations and is towing that dangerous line I like to call “Hype over substance”

With every trailer we see, it only seems to get better. The 15 minute game-play walkthrough also looked amazing. This is all my opinion and completely subjective of course and obviously I am absurdly biased on this particular subject. The only worry here is, as the launch approaches, the hype and excitement exceeds the final retail quality of the game.

Now I know the game is only going to cover the Midgar section but it will expand upon it, making it a full length game in its own right according to Square. It seems like they are going for the ‘1 disc = 1 full game’ schedule and are adding new scenes and game-play to make each game feel like a fully fledged title. That’s all guesswork on my part but I am not sure how else they would go about it at this moment in time.

The graphics look superb and the combat looks better than I could have imagined. Now Square have also confirmed a “Classic” mode which will give players the chance to play battles using the original turn based formula which is incredibly welcome and gives the game replay value.

There’s also the issue of naming. Right now, the game is officially called Final Fantasy 7 Remake. There’s no “Part 1” or “Episode 1” but Square have confirmed that the remake will be a multi-title project. This will only sow confusion to those fans who aren’t in the know every time a new trailer or info dump comes out for the game. There will most likely be a lot of people who buy the game expecting a full remake but only to find the game end once they leave Midgar.

I can kind of see why Square have not added a moniker to clarify the episoding nature of the game. They have repeatedly said that they want the remake to appeal to new players who have never played the original as well as die hard fans so keeping the title as simple as possible does help towards that goal. There’s also no indication as to what the follow-up games will be called, how many games there will be and how long of a wait we are looking at for them.

But hey, what we have so far looks absolutely outstanding and despite the very high likelihood of a remake being an unmitigated disaster, we are getting what looks like the remake that Final Fantasy 7 deserves. Bravo Square, please don’t take too long with the rest!