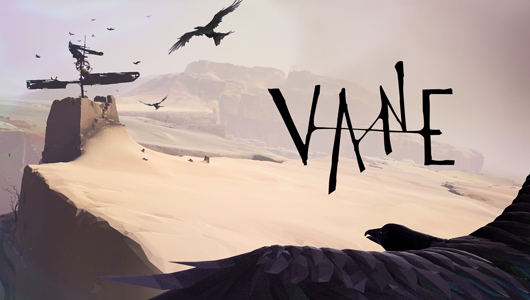 The story is there, but I couldn’t tell you what it is if I tried. There is no dialogue in Vane, spoken or otherwise, so the story for the most part is left to interpretation. You play as a bird who is transformed into a child, who through a series of four chapters must navigate desolate terrain and solve simple environmental puzzles to achieve something. I’m not sure what exactly, and talking about it in detail would be giving the end of the game away and I don’t want to be that guy.

Sparse storytelling isn’t a bad thing, Journey (a game Vane will no doubt be compared to) pulls it off beautifully. Something else that Journey pulls off beautifully is its game-play, which unfortunately Vane does not.

To start, the camera in Vane is horrendous. When in bird form, you only have 180 degree movement from behind, making tasks such as ‘landing on a perch’ or ‘actually being able to see your surroundings’ a lot harder than it should be. When playing in child form things aren’t much better and I found myself constantly fighting to get the camera unstuck from the terrain. It made me miss the camera in Super Mario 64. 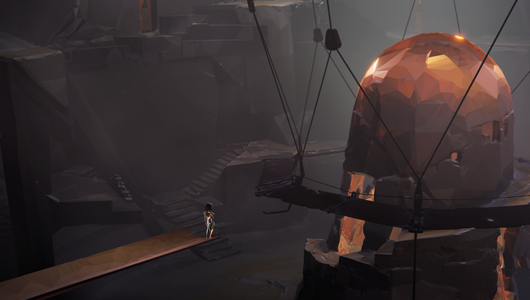 The handling in bird form is absolutely appalling. The left analogue stick controls altitude and direction, X makes it flap your wings for speed, circle is used to land on perches and triangle makes it call out to other birds. Landing on perches made me feel like I was constantly fighting with the game as the bird would often miss its mark and I’d have to circle around again, fighting with the camera to line up another attempt.

There is no sense of speed or wind or urgency when flying which leaves the experience of flight feeling slow and dull. Conceptually Vane reminded me a lot of a 2017 game called AER: Memories of Old, where you play as a young woman who can transform into a bird at will. It was colourful and vibrant, and flight was fast, responsive, and exciting, all the things that Vane is not. The only thing I can say works 100% of the time when in bird form is that triangle makes it squawk.

When playing as a child things improve, but not much. Left analogue stick controls its movement which feels slow and cumbersome, and the button inputs of X to jump, circle to interact with the environment, and triangle to squawk are sluggish. The clunky physics and slow reaction time in Vane reminded me of the The Last Guardian, which as previously mentioned some of the team worked on, but of all the things to copy from that game bad control should not have been it. 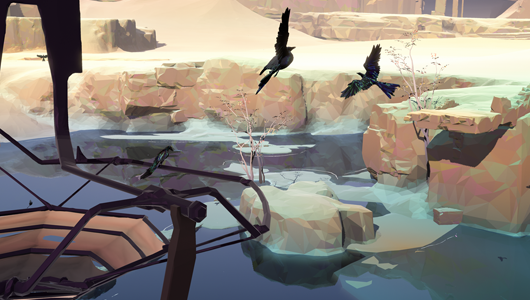 The puzzles in Vane are uninspired, but inoffensive. The first two chapters consist of what are essentially ‘find the switch then press the thing’ puzzles, and chapter fours puzzle type is literally ‘toot horn at broken bridge’. Chapter three was the only one that had me scratching my head a little, and when I worked out how to get to where I needed to go I did feel a sense of accomplishment. It’s a shame the rest of the game couldn’t offer the same feeling.

By far the worst thing about Vane is the swarm of bugs infesting it like like a week old dead bison left out in the sun. On top of the the more forgivable audio bugs that rendered the kid a mute, broken textures, incomplete scenery, and whatever drugs the camera is on, I had to restart each chapter from the beginning at least once due to game breaking progression blocking bugs.

In chapter one the bird became unresponsive to my button inputs. Its animations froze and it started slowly gliding backward. Chapter two saw half of the child T pose (something I didn’t even know was possible) and begin running at a 90 degree angle. Chapter three saw one of the NPC’s needed to solve a puzzle become stuck in place rendering the puzzle unsolvable, and chapter four saw the camera fall through the environment into green oblivion. Twice. 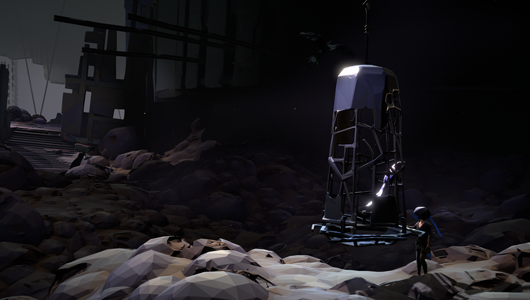 Vane was not ready to be released and it absolutely baffles me that someone okay-ed it. I worked as a QA tester for 12 months and saw more bugs in this ‘finished’ game than in most beta builds I tested. I understand that comparing a small indie developer to a AAA publisher is not really fair, but the quality of some of the indie titles that have been released over the last few years with equally small teams have put some AAA developers to shame so I don’t think indie status is a valid excuse for releasing broken products anymore.

Despite everything wrong with Vane mechanically, I have to give credit where credit is due to the visuals and music. It has a surreal, ever moving aesthetic that give it the appearance of a twisted dream, and during certain sections of the latter chapters the environment rebuilds itself with a stunning, almost claymation style that has to be seen in motion to be fully appreciated. And although it doesn’t always look as good as it should do (mostly due to the aforementioned bugs and camera issues) I really liked what the designers at Friend & Foe were going for.

The music, too, is a high point for me. Comprised of haunting and twisted synth melodies that wouldn’t be out of place in a movie like Blade Runner or Tron, it somehow perfectly fits the setting and tone of Vane and ads to the twisted dream feeling.

I wanted to like Vane, I really did, but I can’t get past what a broken mess it is. With some extra love and attention Vane could have sat there with Journey and AER: Memories of Old as a great gaming experience, but due to control, physics, and camera issues, as well as the hive of bugs plaguing its landscape it doesn’t even come close. If Friend & Foe take this kind of feedback constructively (a quick look at twitter will show you I’m not the only one who had issues) and work on fixing their game with patches I’d happily give it another go, but until then I can’t recommended it.