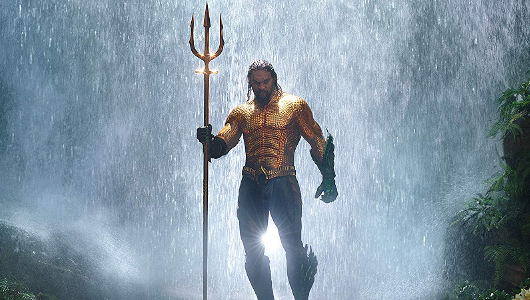 It’s safe to say that the rebranded ‘Worlds of DC’ isn’t exactly flourishing right now. While Wonder Woman was a gender-groundbreaking critical and commercial success, Batman v Superman: Dawn of Justice and especially Justice League felt like a definite case of one step forward, multiple metahuman steps back for DC and Warner Bros. Disappointing box office numbers, continued doubts over the long-term status of some of its main cast and dwindling critical and public interest waning, and with rival Marvel gearing up to own 2019 with Captain Marvel and Avengers: End Game, Warner’s next great hope for their DC universe is Jason Momoa’s fish-talking, sea king-in waiting; Aquaman.

Debuting in Justice League, Momoa’s Arthur Curry was on the movie’s few highlights, with the former Game of Thrones star putting forward a strong performance and creating enough intrigue in his burgeoning character that many were willing to look past the many failings of the DC’s buddy-up movie and give him a chance in his virgin solo outing. So, armed with an imposing Momoa in the lead, and a supporting cast that includes Amber Heard, Willem Dafoe, Patrick Wilson and Dolph Lundgren, director James Wan moves on from the likes of Saw and Furious 7 and enters the world of big-budget superhero movies. 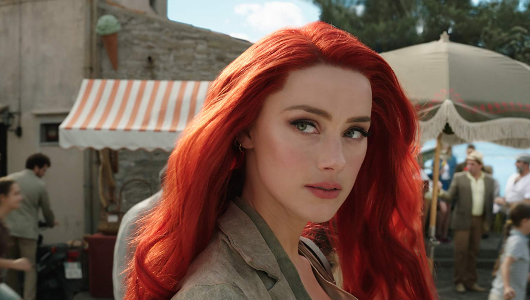 Aquaman opens with a brisk backstory explanation, before moving swiftly through a young Master Curry’s first experience with the creatures of the sea, and settling into the main story with a post-Justice League Curry content with life on the land and not interested in a return to the deep blue and the increasing bad blood between the land and the sea. Early underwater scenes look superb, especially when characters are talking. It may sound simple, but people talking underwater is not an easy effect to pull off and it looks effortless here. A word also for the massive scale of what is on show, not just in the underwater world itself but also for its inhabitants; I got a kick out of sharks with guns, while other ambitious sea creatures look very good.

Yahya Abdul-Manteen takes up the… mantra… of Black Manta here, and while he is fine in the role and brings a good presence, the character itself feels short-changed and, dare I say, wasted. He is given a decent enough backstory and a reason for his actions, but that’s really it. And while this may not be the last time we see the character, more really could have – and should have – been done here. This may have been because of the script’s insistence on making Wilson’s Orm the movie’s main antagonist. Wilson himself is fine, even if his role as a major superhero movie villain doesn’t quite seem to fit him, but you have to think that the film as a whole would have worked a little better if the focus on Manta and Orm was reversed. Don’t get me wrong, the film flows well and there is very little drag in the story, however, there isn’t much in the way of drama here; once the story becomes clear, it doesn’t take a Columbo-style detective to work out how things are going to go. 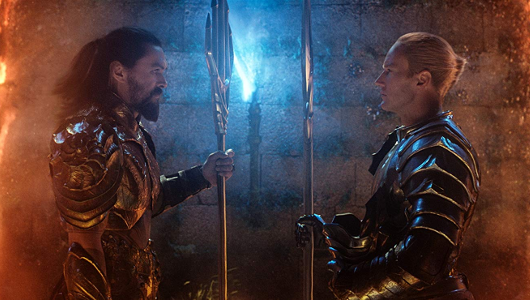 This should not detract from the overall presentation, however. Aquaman is a fun film to watch, it feels like a proper comic book movie. In fact, at some points, it feels more like a Marvel movie than that of a DC one. Watching scenes of underwater creatures, I got occasional reminders of Guardians of the Galaxy in the sense of it being so far removed from the adventures of a Batman or Wonder Woman, and that is definitely a good thing. Warner and DC need to move away from the humourless tones of previous that has drawn plenty of criticism, and from this, it looks like that is definitely a focus. Aquaman isn’t dripping with comedy, of course, though there are several genuinely funny moments and given the ultra-serious Dawn of Justice and Justice League, it is appreciated.

Cast-wise, Momoa makes the lead role his own and brings a natural and strong presence, and while the trailers already spoiled the moment he emerges in the classic gold outfit (if only that scene could have been held back), it is still a great scene and a true comic book geek feel-good moment. His chemistry with Heard, meanwhile, comes across on-screen as natural. Dafoe, Lundgren and Kidman provide good support in their roles, even if it is a little peculiar to see Lundgren in this kind of setting, given his usual movie roles. Make no mistake though, this is Momoa’s movie, his role and position in future Worlds of DC outings secured.

All in all, while it isn’t perfect, Aquaman is a strong solo outing. A superb lead, strong supporting cast, great visuals and action, and an absolute blast to watch… maybe, just maybe, the Worlds of DC isn’t dead in the water just yet.