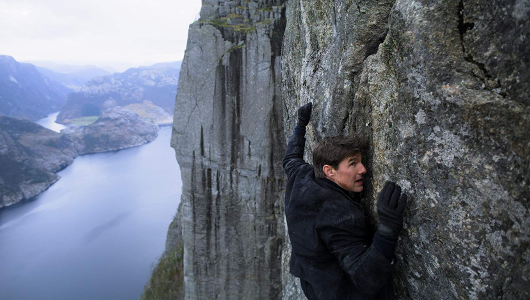 It seems that Tom Cruise just can’t stop running. Already five movies into the Mission: Impossible franchise, and with a string of critical and commercial successes under its belt, the team are back together again for a sixth outing, once again coming up against a shady organisation looking to cause worldwide devastation.

In Fallout, what was left over from the Syndicate in Rogue Nation forms the Apostles, a bunch of not-very-nice people looking to do some not-very-nice things with some plutonium. All of which gives the evergreen Cruise and his trusty sidekicks Ving Rhames and Simon Pegg the chance to do the usual heroic stuff they do so well. Now on their fourth film together – and with Cruise and Rhames in it since the beginning – the chemistry between the three is clear from the outset. And that heroic stuff they do so well? It’s here in spades. High-tech wizardry, gadgets that would make James Bond envious, and action scenes that may well have set a new benchmark against which all future action movies are judged.

It’s genuinely impossible (I’m not taking on this mission) to pick the best scene here, as there are so many to choose from. The Paris car chase, the London rooftop run, the vertigo-inducing helicopter struggle, or even the final act set-piece (no spoilers here), you can literally take your pick at your favourite scenes here and you wouldn’t be wrong either way. Cruise is quite simply magnificent throughout, seemingly almost determined to remind us all that despite the stars that may go on rampages or get stuck in board games while making millions, there is still only one true biggest movie star in the world. 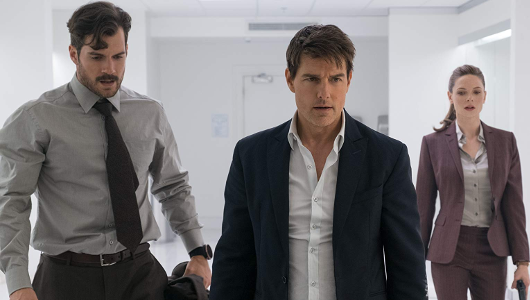 However, it is not just Cruise and his team making this one what it is, as this time they have some help in the form of a ‘super’ support; Henry Cavill, complete with Justice League-destroying facial hair, explodes into the franchise with presence, charisma and all-out action that Warner Bros. and DC should be downright ashamed they have not been able to bring out in their movies. From the moment he appears, it feels like he belongs, and his part in the bruising bathroom fight scene proudly shown off in the trailers should not be understated. For all the criticism of Cavill in his Superman outings thus far, after watching him in Fallout it seems clear that the blame lays solely at the feet of the people in charge of those movies because here he is a joy to behold.

Along for the ride, and reprising her Rogue Nation role, is Rebecca Ferguson and it’s a more-than-welcome return. Her acting, combined with such a superb script, leaves you genuinely unsure as to her true motives and whose side she is on, and in a movie franchise like Mission: Impossible, where predictability usually comes to the forefront, that takes some doing. In fact, despite the viewer probably being sure of how the movie will play out and what will happen next, you’ll be surprised how many times you actually find yourself being sucked into the script and taken along on the ride with it. Try to work out what is going on, who is who and what they are doing, and you will find yourself needing to reach for the Neurofen, so take my advice and just sit back and take it all in. 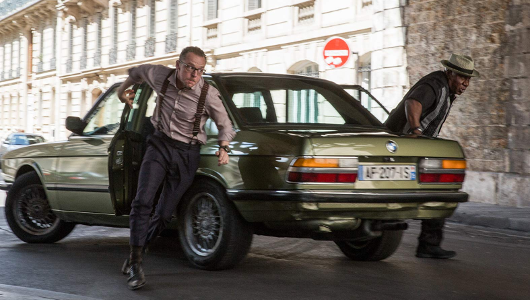 The film also gains an added layer in the fact that while all of the previous entries in the franchise have of course been sequels to the previous movies, Christopher McQuarrie is the first director in the series to return for a follow-up, giving him the chance to build on the work done in Rogue Nation and make Fallout feel like a true sequel. In a world of superhero universes or giant monsters, some may consider the Mission: Impossible series to be a dying breed, delivering action scenes without the need for actors in rubber suits acting against mo-cap dots or tennis balls, however with many proclaiming a superhero oversaturation, I think there will always be room for an Ethan Hunt. And while McQuarrie may not be back for an unprecedented third time around, he has done something truly wonderful here.

When all is said and done, Fallout does seem like it could be a good place to end the missions, there is definitely an element of finality to things. However, we all know how this works; a strong box office and worldwide critical acclaim, plus the knowledge that there are plenty more ways for Cruise to risk his life, makes it all but certain that the franchise will get another entry.

Incredibly clever writing; drama, intrigue, twists – this has it all
Action scenes are second to none
Outstanding cast that all deliver
That we can only have three ‘Good’ points, because there are so many

After making what I have no qualms about proclaiming one of the great action movies of all-time and one of the very best films of 2018, Christopher McQuarrie and Tom Cruise, you have one mission – should you choose to accept it;

Make the next one as good as this.