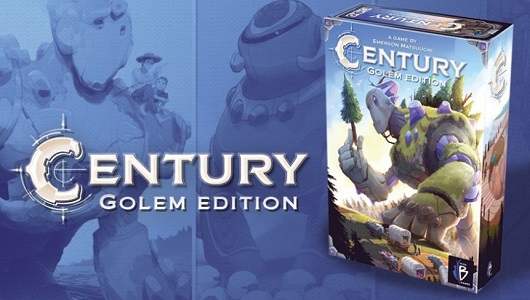 Century: Golem Edition is a fantasy re-skin of the previously released Century: Spice Road. This is the same game mechanically, but with updated art, theme and tokens. The stars of the show are the wonderfully weird golems and the shiny, tactile crystals. Both are improvements on the original version. The golem theme is a bit of a stretch compared with the more intuitive spice trader theme, but there is no question this game looks better (on its own) than its predecessor.

Alex has already covered the mechanics in her excellent review of Century: Spice Road. The game is an engine builder, with public information and consistent turn order. Players will spend most of the game thinking through the next few rounds, not only in terms of their own moves, but how other players can change the game state in the meantime. The result feels engaging and tactical, if not always very dynamic across turns. 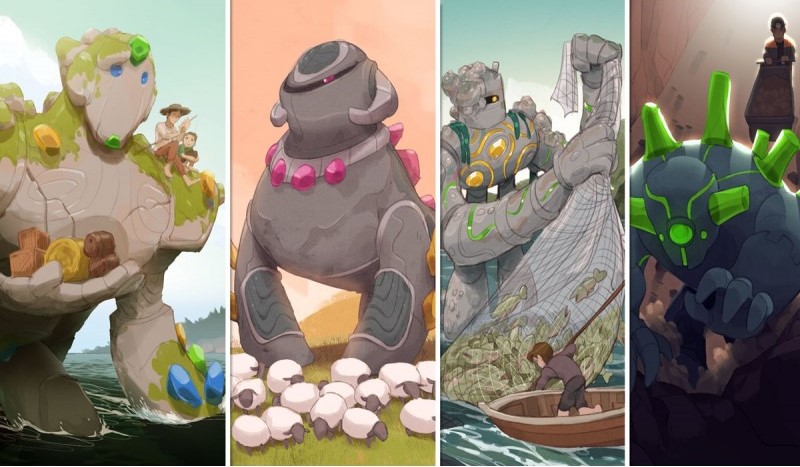 There is a particularly neat transition from the early game to the endgame. The early turns are largely about improving your crystal-producing engine so that you spend fewer turns and accumulate more valuable crystals. However, due to the nature of the bonus point mechanics, the endgame plays quite differently. Raw crystal production stops being so important, and the game becomes more of a puzzle: how to get exactly the right crystals, in the right order, to nab the cards with bonuses before your opponents? Players who spend too long building a powerful card drawing engine may find themselves with too many of the wrong crystals, or behind in snagging the limited number of 3-point bonus tokens. Knowing when to switch from “build a better engine” to “pip your opponents to the high-value cards” is tricky, and that makes for entertaining gameplay.

The obvious aesthetic and gameplay comparison here is with Splendor, the Citizen Kane of turn-based engine-building economic games with blocking and resource management. At its best, Century: Golem Edition matches the virtues of Splendor: great production values with satisfyingly tactile components; tactical choices between pursuing your own goals and blocking your opponents; clever balance between raw engine building and adaptation to the board state. But overall, C:GE doesn’t quite reach the same heights. There are too few objectives for the players to pursue, where there is more space in Splendor for winning via different paths. Objectives are all telegraphed well in advance in C:GE, eliminating the possibility of tactical surprises, whereas Splendor always leaves the way open for skilled probability play and lucky draws. Purchasing engine cards in C:GE becomes nearly irrelevant by the endgame, whereas Splendor keeps all the pieces in motion right until the end. None of this is to say that C:GE isn’t fun on its own terms, only that it has a brilliant neighbour with a similar act. 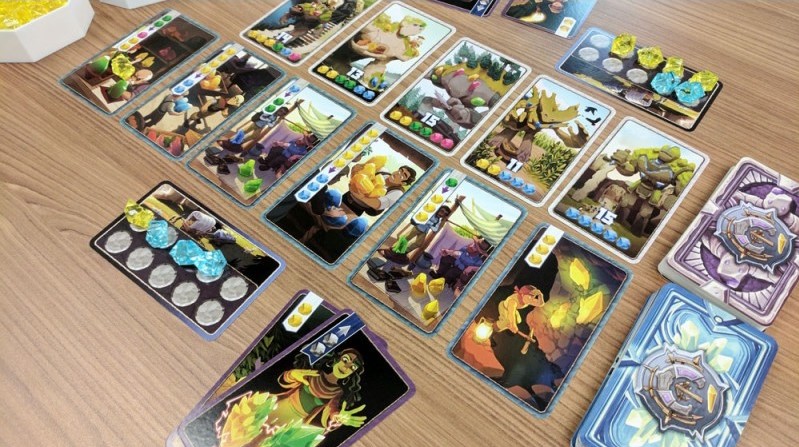 Century: Spice Road could be combined with Century: Eastern Wonders to create a combination game (Sand to Sea). Golem Edition works mechanically in the same way, but it makes a complete hash of the theme. Making modular games that can combine to form bigger, more complex games is a neat idea. Reskinning existing games to improve the aesthetic experience is at least a reasonable idea. Doing both with the same game a pizza milkshake – not all good things go nicely together.

Century: Golem Edition is solidly four barrels in terms of the game, losing out only to best-in-class titles like Splendor and Azul for less varied strategic play. For the product, my advice is more ambiguous. If you don’t already own Century: Spice Road or Eastern Wonders, and you’re pretty sure you’re not going to ever buy Eastern Wonders or any future Century games, then this is probably the version to buy, unless you really prefer the more historical spice trade to the golem-building fantasy. But if you do already own Century: Spice Road, then this isn’t enough of an upgrade to justify the purchase, and if you want to play the game together with Eastern Wonders, then you might want the original version anyway.