One of the best things virtual reality gaming has achieved since its recent relaunch is the resurgence of the ‘light gun’ game. Whilst in the past, games like House of the Dead and Time Crisis have had console versions, these always felt like half-measures compared to what they could be. Since the arrival of the PlayStation VR headset, games like Farpoint and Dick Wilde have given us a much more complete ‘light gun’ experience.

Step forward Wales Interactive with their version of the genre, Time Carnage.

The key differentiator between Time Carnage and its peers in the genre is its time travel hook. As the hero of this story, you are propelled through multiple time periods in a bubble, reminiscent of H.G. Wells’ The Time Machine, or more recently, The Terminator. From the relative safety of the bubble, you can clear the various zombies, dinosaurs and robots that seem intent on killing you but you have to do so quickly (I did say relative safety). To help with this, you are given a wide variety of weapons, each displayed in front of you.

In terms of content, the game’s primary focus its campaign mode. Here is where you will unlock items for the arcade and challenge modes. In order to make your way through the campaign, you will need to overcome waves of enemies across a number of different stages. Personally, while I did enjoy this mode, it took me some time to clear as I could only manage to complete a stage at a time. This was not due to difficulty or nausea, but rather, the lack of variety in enemies and their movement generally made the wave experience boring. 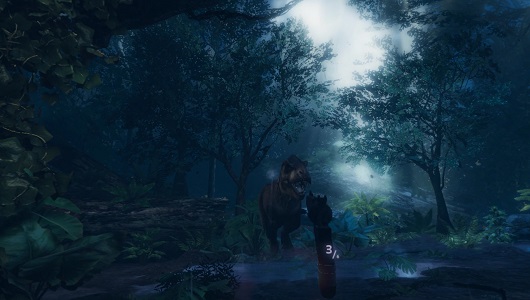 When you begin each stage, you are given the option to select up to four weapons for the upcoming waves. Choosing the right ones can have a huge impact on the outcome as you will need to rotate between them effectively to succeed. Unlike most other titles, the weapons you use in Time Carnage only reload when you place them back on the four pedestals that surround you. This means that you are constantly picking up and putting down guns as enemies approach. Things can get hectic quickly but eventually, you will not even need to look down to know where your next gun is and if it’s ready to use.

As previously mentioned, you are not protected from the enemies in the game forever. The bubble that surrounds you acts as a shield that absorbs damage when attacked at close range. So long as you can manage the waves of zombies, dinosaurs and robots coming at you, the regenerating shield should protect you. Said enemy management is made more simple by time paradoxes – shooting them activates a time slow down around you, allowing you to pick off your targets easily. 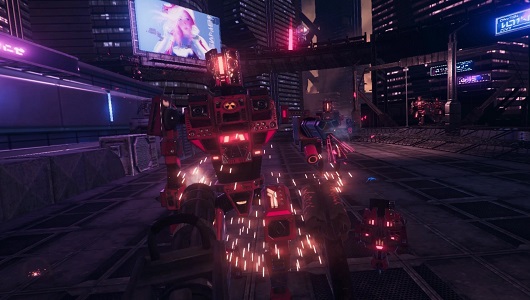 Outside of the campaign, the game’s Arcade mode adds a little more to the formula, allowing you to unlock and equip perks, change enemies types and pick stage locations too. The various options here are unlocked in the campaign and allow you to mess with the formula. This holds true for the unlockable challenges too, which add another flavour to the game.

While it’s not the best-looking PlayStation VR game available, Time Carnage still manages to impress with its various environments and enemies. The weapons feel good and the reloading mechanic eventually makes you feel like a badass (though it does take time to get used to). It also makes good use of the 3D audio inherent in Sony’s headset, with audio cues used well to signal incoming enemies. 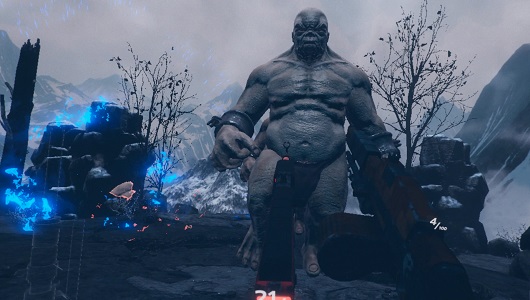 If you’re looking for a VR ‘light gun’ game, I’m not sure Time Carnage truly does enough to set itself apart. The time mechanic could have been used in more imaginative ways, instead of just a slow down perk. However, the repetitive action is spiced up in the Arcade and Challenge modes, with a fun reload skill to master too. 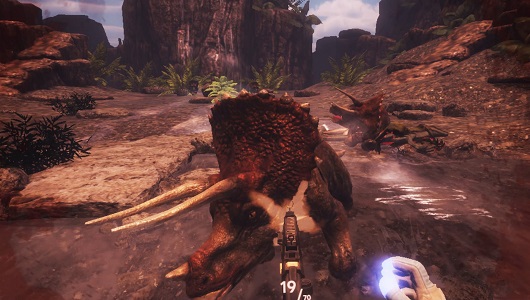