Sunless Skies is a world both literally and metaphorically under construction, as the early access updates fuel the game’s steampunk British Empire expansion across the stars. The newest update bringing access to the realm of Albion.

Following on from Failbetter Games previous RPG Sunless Seas, Skies sees the British Empire ascend from the depths of the Underzee to the High Wilderness, trading ships for steam powered engines. As the captain of your very own engine, looking to make your name and survive the challenges of this terrible new frontier, the whole world is your oyster. Slimy and wrapped in a unbreakable shell.

If you’re familiar with Sunless Sea you’ll know exactly what to expect here.There are two distinct modes to Sunless Skies, one is the physical act of travel through the wilderness. You take bird’s eye control of your space faring Engine, pack the hold with as much cargo, fuel and supplies as you can and set off in search of a port to sell your goods for the highest profit. This balancing act is more complicated than it seems at first: supplies are more expensive than fuel and deplete faster, but you can survive at least a little time without food before you resort to cannibalism, whereas running out of fuel will leave you frozen in the depths of space. Without the money you can earn by selling materials you won’t be able to afford either.

For a secondary source of income you can collect Port Reports just by visiting each town or outpost, and turn those in at the hub towns for each realm. Doing so will net you vital items, money and influence to trade for more esoteric benefits, like gossip and ministry paperwork.

These are used in the second and far more compelling mode, a text based RPG. Each port has a variety of locations and characters you can investigate, most of these providing information or quests to undertake. Completing these, which often have multiple objectives and span the whole range of the High Wilderness will earn you money and prestige with the game’s various factions.

The writing in Sunless Skies is fantastic across the board, the world is realised in chilling detail as a steampunk Victorian empire taken to its illogical conclusion. The forces of the establishment clash with spirited rebels, academics probe the unspeakable mysteries of long forgotten civilisations and creatures far removed from humanity ferment unspeakable horrors. 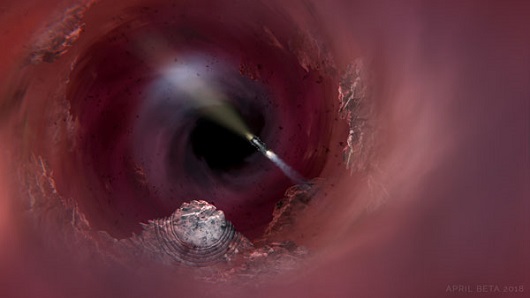 In case you weren’t sure, that is not a sensible place to be.

But despite all that, the most dangerous threat is yourself.  Traveling the endless skies is an inherently terrifying prospect, your terror level increases the longer you spend away from safe harbour. The higher it gets the more prone you and your crew are to nightmarish visions and terrible hauntings which can cost you crew members and precious supplies while the beautifully written horror stories drive you still further into madness and despair.

There are currently two realms to explore in Sunless Skies, with others currently in development: The Reach and Albion. The Reach is the starting zone, a largely lawless waste inhabited by societies outcasts and outland pioneers. Particular highlights include the psychiatric hospital come day spa Magdalene’s where your captain can reduce their terror by reliving their warmest memories and Carillon, where devils offer to reform the souls of sinners, to raise their market value for later transactions.

The best part of exploring is that since the map is obscured from the outset, you find almost all of it by accident striking out with only a vague idea of your destination. The thrill that comes from heading into unknown territory is matched only by the desperate joy of reaching a new port just as your fuel runs low and you’re contemplating eating the quartermaster.

Reach is a fantastic introduction to everything Sunless Skies does well, memorable characters, mysteries that pull you in even as you dread the inevitable outcome.

The newest addition to Sunless Skies is the Albion Transport Relay. Located a short distance from the town of Port Prosper, the relay allows players to access the newly implemented area of Albion, seat of imperial power. Although getting a permit to use the relay is free, (at least for the time being, Failbetter have said that may change once the game leaves Early Access), you need either a Ministry permit or a couple of Barrels of Hours to afford the trip. These aren’t easy to get a hold of, the Permits only come from earning faction reputation and Hours are some of the most expensive materials in the High Wilderness. Once you have the necessary payment however, you can make a one way trip to the centre of the universe. 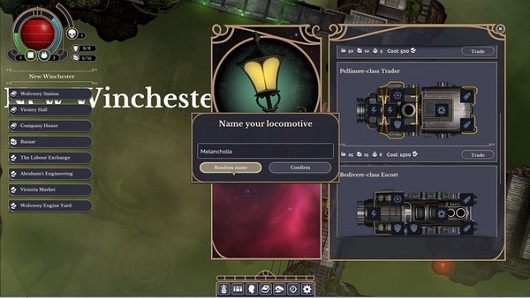 Far removed from the wilds of the Reach, Albion is a realm of artifice and industrial grade cruelty. It is laid out similarly, London sits at the centre with a scattering of towns and ports to be found in the dark around it. The different environment means a selection of new commodities to move and a whole new set of stories to involve yourself in. Where the Reach is a frontier filled with eldritch flora and fauna, Albion is far more developed. The rampant industrialisation allows you to get involved in the class struggles of the Brabazon Work World and court the upper classes in Perdurance and The Most Serene Mausoleum. The sights and sounds are no less strange and haunting, just with a different flavour of eldritch layered on top. It’s a particular delight to drive your engine past the dead remains of the High Wilderness former sun, your terror spiking as you gaze at the celestial carcass.

Not everything in Sunless Skies is perfect of course. Combat can be slow and clumsy, and it will likely cost you a lot in fuel and armour to engage any enemy ship meaningfully. This is definitely part of the point, this isn’t a combat game, but it would be nice if it was a little less frustrating to attempt. I did experience a few moments of slowdown and making changes to your ships equipment menu seems to cause momentary freezing, but these are small issues that will hopefully be rectified by further time in early access.

Overall, Sunless Skies is a stellar early access title, a rock solid foundation that has already been given a stellar new expansion with the promise of plenty more to come. If you’ve any appetite for exploration or mystery then set a course for the High Wilderness and remember, whatever you do, don’t eat the fungus!