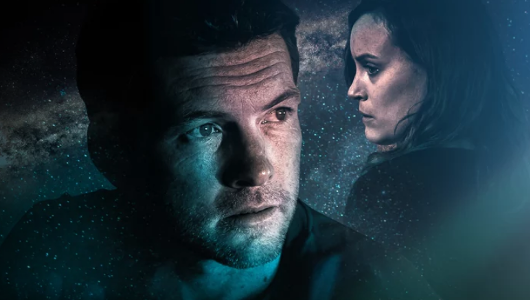 About once a year, there is a standout science fiction movie that breaks the mould, whether it’s Interstellar, Oblivion with Tom Cruise or Arrival. The Titan is not one of those movies. Directed by Lennart Ruff, The Titan is a slow-burning thriller that wants to be more than it is. Released on Netflix, can it stand out against such recent hits as Bright and Annihilation?

It’s easy enough to get Joel Edgerton and Sam Worthington mixed up, but immediately after the start of the movie, I was reminded why I haven’t watched much of the latter. Worthington plays Lt. Rick Janssen, on loan to the US government for a ‘mission’ that will change human history. If you have ever been annoyed with the annunciation or general accent that Worthington carries around when he speaks, then there won’t be much here to like. It gets better as the movie progresses, in part because the amount of talking he does diminishes.

Taylor Shilling plays his wife and doctor, Abi Janssen, living with Rick on base at an undisclosed location in LA. To a degree, The Titan is as much about her relationship and struggles with her husband as it is about the experiments the government are going to put him through, and towards the second half, Shilling steps up to take control of the movie as the audience sees things from her point of view. 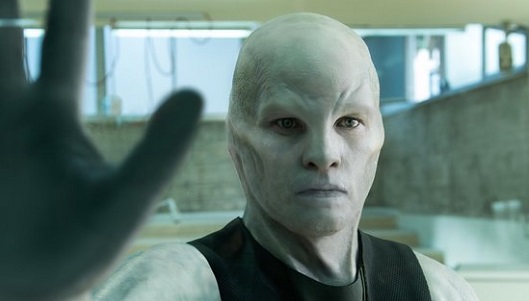 The preamble and set up is a neat conceit: in the near future, the world is on its last legs and hope lies in colonising and sending people to Saturn’s moon Titan, with the highest chance of success. To do this means physically altering and changing the current human biology and chemistry to withstand the unique conditions on Titan; primarily a nitrogen-rich atmosphere and a general lack of oxygen.

Janssen is therefore recruited into a program along with a list of forgettable and clichéd soldiers to undergo testing and morphology changes and ultimately, one day, be sent to space. The front and back-end of the movie seem to remember the grand vision set out by The Titan, it’s just a shame that the middle two acts devolve into a pretty predictable Lord of the Flies-style scenario, as each candidate succumbs to their changes and is picked off one by one.

Director Lennart Ruff does a good job of filming a movie within a set environment, on budget. For the most part the entire film is shot in the house or houses and gated community that the soldiers have been sequestered to. There are a lot of visually interesting wide angle shots, especially from underwater or outside that give a broader focus to what is actually quite a narrow plot in a tight location. He also borrows seemingly from other films with aspects of Armageddon initially as all the recruits and their families stand around at a BBQ positive and excited about the future of space exploration.

Tonally, The Titan also explores themes not seen since Gattaca – wanting to probe deeper into what makes human tick, what lies just beneath the surface and to what lengths are we willing to change our human genome before we are, no longer, human. A competition of sorts for the survival of the fittest and what changes are ethically moral and could actually make humans improve. 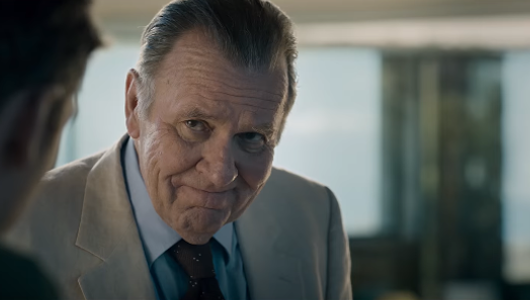 These thoughts don’t go nearly far enough and Ruff is let down by lazy and obvious writing, as it becomes apparent that the experiments are unsanctioned and it is up to the (conveniently placed) doctor/wife of the main character to save the day as the smartest one in the movie, who very clearly has prior relations with Tom Wilkinson who plays the director of the program Prof. Martin Collingwood.

Why Collingwood would even allow Abi Janssen on base knowing what she does is unknown, as clearly she was written in as a plot device to undo everything. However, it also defies common sense and is one of a number of plot holes present as the story unfolds.

The Titan is, unfortunately, one of those movies that gives too much away in the trailers but also sets itself up to be more than it is. This is arguably par for the course with direct-to-Netflix movies, but beyond the B Grade Celebrities and flashy trailers, the movies have to have more substance.

Natalie Portman’s Annihilation was arguably a nice looking science fiction film, that also explored the biology of human evolution, but dig deeper and it didn’t do much more than rehash a number of typical science fiction tropes and have as much character development as X number of people are stuck in Y place and proceed to be removed, one by one. This has been done to death in lieu of actual story and makes what could have been a thrilling movie devolve into horror or gore. 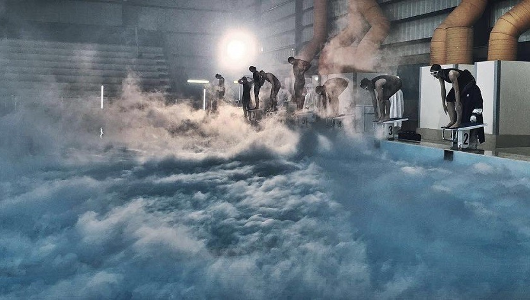 Similar to that movie, the science fiction and horror in The Titan is juxtaposed against an almost slowly burning and romantic undertone that develops between Worthington’s character and actress Nathalie Emmanuel who plays W.O. Tally as an unsure and untested recruit to The Titan program. Rick Janssen is the self-assured and confident soldier to her naive and attractive one that the directors and producers enjoy flirting with. As the changes overtake them, it leads to a spiralling escalation of despair for Rick’s wife who fears she may be losing him.

There is a surreal quality to the transformation into “titans” and prosthesis and makeup never really detract from the acting or performances. Some of the abilities and extremely advanced modifications that are possible are slightly contrived but the end result is hopeful one, of a new species on a different planet.

The Titan is simply a nice movie, with some interesting points that are, for the most part, hopeful towards the future of mankind on the back of what people assume will be the ultimate fate of the human race. It is also one of the more intelligent roles for Worthington and provides good acting credits for Nathalie Emmanuel.

Lennart Ruff is a generally unknown director, having worked on a number of indie and art-house flicks, with The Titan being his most prominent and possibly successful movie, thanks to Netflix. Although it may get lost in the wash of similar titles, The Titan has potential to be developed further, with a sequel or TV series. As it stands, if you are looking for a quieter, thrilling science fiction set piece The Titan has all that, and more.