EGX Rezzed once again took place at the Tobacco Dock London event space this past weekend. If you have never been to this show, the layout may be confusing. Unlike the open plan areas that Earls Court used to offer and now The NEC, Birmingham, Tobacco Dock is a labyrinth of small rooms, meaning that you almost always need to know where you are going, otherwise you’ll get lost easily.

On my first day at the event, as I didn’t know where everything was yet, I decided to wander. However, within minutes of entering the show, my eyes were drawn to the colourful PHOGS! Stand. After parking my posterior and finding a co-op buddy, I began to play what may be my game of the show. 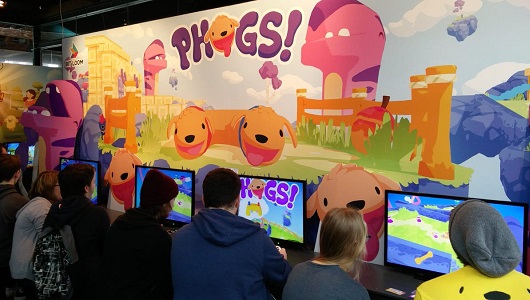 It is apparent immediately that PHOGS! takes inspiration from games like Noby Noby Boy and Push Me Pull You. The game is a puzzle platformer set in a beautiful and colourful world where you control two dogs who happen to be connected in the middle. You and a co-op partner have to work together, each controlling one end of the phog to progress through each level.

The demo we played immediately teaches you the basics of the game. You control your side of the phog using an analog stick for movement, the bumper button on the controller to grab or interact with objects and the trigger button to stretch your side of the body out. Over the course of the weekend, I played the game in both of its configurations; as each controller has two of each of these buttons, you can both play on one pad or have a pad each. Using the one pad felt the most authentic, to be honest, but that will not be the case if the game supports online play either way so both options are catered for. 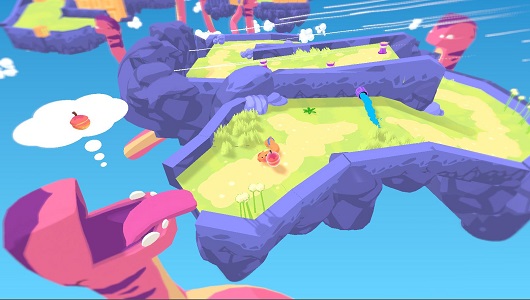 The final game will contain 30 or so diverse levels set across multiple worlds. Our demo showed enough different mechanics across only a few levels to illustrate that there should be more than enough game-play to sink into. Within a few puzzle rooms, we were already using rings hanging on walls to swing from one platform to another. Not long after, we were attaching to a water source with one end of the phog and pointing the ‘nuzzle’ (the other end of the phog) at a seed to make it grow into a new bridge-like structure.

The simplicity of the controls ensured we never got stuck on how to move around or interact with the world; we were always focused on the puzzle of the area that we needed to solve in order to progress. While I can see how this game could be played as a single player game, as it can be controlled on one pad, it seems a shame to play it that way as a lot of enjoyment comes from working with (and griefing) your partner. 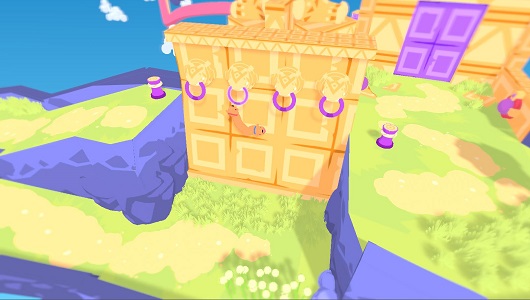 The vibrant aesthetic and vivid characters made the entire experience a joy to play. I immediately asked the developers at the stand what the dogs’ names were. Evidently, they were too busy making their debut game to come up with something good so Red and Blue were settled on. Thankfully there is still time before the release of the game to fix this crucial flaw!

By the time I finished playing PHOGS!, I was enamoured with the characters and world Bit Loom Games had created. While the developers could not confirm exactly what platforms they were coming to, it was clear they want to be on everything. Personally, I think this game would work incredibly well on Switch but we’ll have to wait and see what happens next year when it releases. 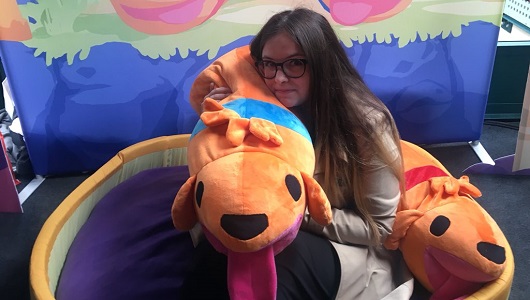